OPINIONS Resettlement housing must be fit for purpose - namely living in

Resettlement housing must be fit for purpose - namely living in 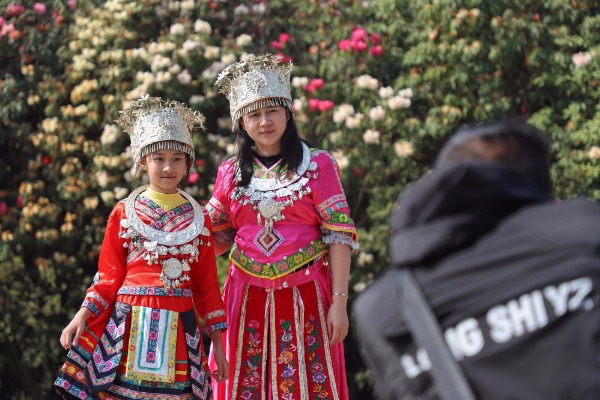 A tourist and her daughter dressed in traditional clothes pose for a photo in the Baili Azalea Administrative Zone in Bijie, Guizhou province. (Photo: China News Service)

According to media reports, newly built houses for some relocated residents in Mianchi county, Henan province, Sangzhi county, Hunan province, and other places have quality problems that may pose safety risks to the occupants. Li Sihui, a media commentator at Guangming Daily, says:

Resettlement housing is an important part of the country's targeted poverty alleviation efforts and also a major policy to improve people's livelihoods.

Regrettably, some local governments have not carried out the central government's good intentions and, by making the housing uninhabitable, have made some relocated people homeless. Worse, when higher-level officials came to inspect the quality of the apartments, local officials even forced entry into the problematic housing units to try to cover up the quality faults.

Video shot by the media shows that these problematic resettlement houses intended to alleviate poverty are no different from dilapidated houses.

Helping the poor is not a charitable endeavor, it is the purpose of the Communist Party of China, whose mission is to serve the people and promote social fairness. Implementing the top authorities' poverty alleviation policy should not be done hastily, or worse, deceptively. The new houses built for poverty-stricken households should not sacrifice quality just because they are for the poorest residents.

An investigation should be launched to determine whether the quality problems in the resettlement houses in Mianchi and Sangzhi counties were the result of rushed project construction or hidden interests. Previous incidents of this kind have always involved misuse of power for personal gain. Such a possibility should not be allowed to undermine the country's poverty alleviation efforts.

Lifting impoverished people out of poverty is a hard task, of which offering resettlement housing remains an important part. The quality of such housing needs to be able to withstand the test of time.