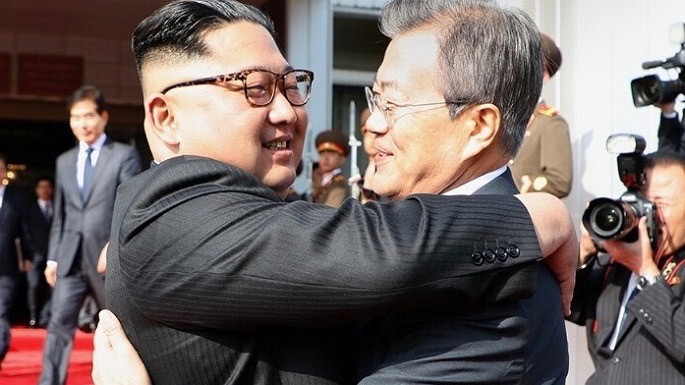 The truce village of Panmunjom witnessed the second summit between Kim Jong Un and Moon Jae-in within a month, reigniting the withering hope for durable peace on the Korean Peninsula.

Their unannounced meeting on the northern side of Panmunjom came as the fate of the peninsula is stuck in a pendulum. Many perceived the move as surprising because wrath, animosity and confrontation had dominated the atmosphere over the past fortnight.

The United States and the Democratic People's Republic of Korea (DPRK) exchanged a war of words over the Libyan model and the "Max Thunder" military drills between Washington and Seoul. Moreover, Donald Trump formally announced the appointment of hardliner Harry Harris as US ambassador to the Republic of Korea (ROK). Harris, previously assigned to Australia, said Pyongyang was Washington’s "most urgent security threat in the region."

Citing "tremendous anger" and "open hostility," the fickle US president on Thursday scrapped the Singapore summit with Kim slated for June 12, but a day later tweeted about the possibility of reinstating it.

However, following the 48-hour drama, the DPRK displayed exceptional composure and resilience. Kim Gye Gwan, the DPRK's first vice foreign minister, was willing to "sit face-to-face at any time in any form to resolve the problem." The narrative is starkly different from the country’s past responses, which had entailed nuclear and missile tests at any slight from the US.

In meeting with Moon – the unswerving mediator between the DPRK and the US, Kim "expressed his fixed will on the historical DPRK-US summit talks," according to a report from the Korean Central News Agency. The DPRK’s official news agency also hailed a "new era of reconciliation and unity."

After the meeting, Moon said Kim was still committed to complete denuclearization and they would cooperate to bring an end to the history of war. He also voiced the young DPRK leader’s concern that "whether the US can end hostile relations and guarantee the security" of the Kim government if Pyongyang denuclearizes.

It might have been the measured answers from both Koreas that put the Trump administration in an awkward predicament, as the public heaped reproaches on the US president for breaking his word and halting rapprochement on the Korean Peninsula.

"To salvage the US’ ties with the ROK and its European allies that were blindsided by the decision, Trump acted it up," said Lyu Chao, director of the Border Study Institute at the Liaoning Academy of Social Sciences.

Actually, the second Kim-Moon summit scored more substantive results than the one on April 27: The two sides agreed to hold inter-Korean high-level talks on June 1 and accelerate negotiations on “military and humanitarian issues,” Lyu told CGTN. 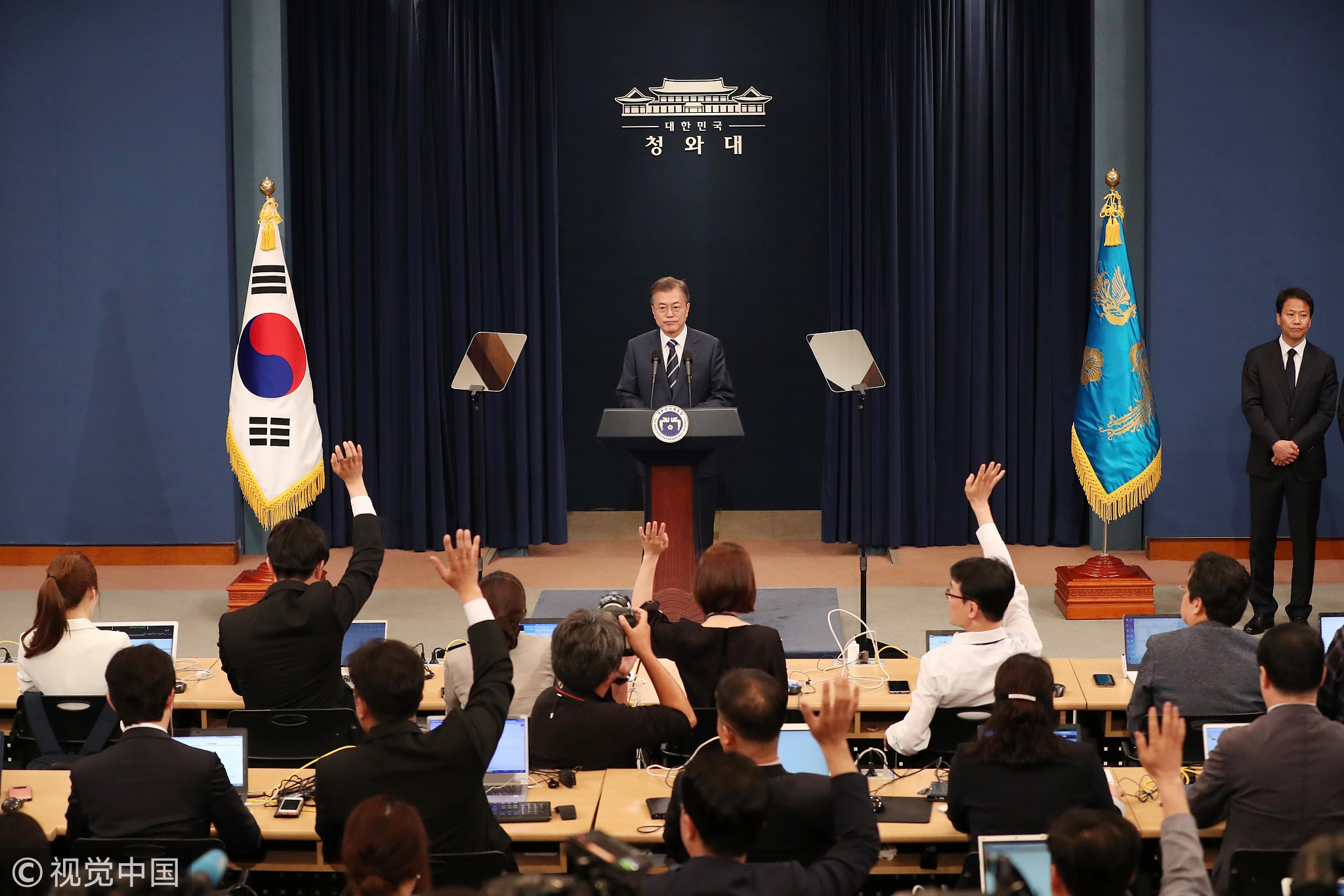 ROK President Moon Jae-in takes questions from members of the media during a news conference at the presidential Blue House in Seoul, May 27, 2018. (Photo: VCG)

Fully aware of what the progress means, Trump cannot let the opportunity of winning a Nobel Peace Prize slip away. He told reporters late Saturday local time that the summit in Singapore "hasn't changed." White House Press Secretary Sarah Sanders announced a team of state department officials would leave this weekend for Singapore for a logistics meeting in preparation for the summit.

Da Zhigang, director of the Institute of Northeast Asia under the Heilongjiang Provincial Academy of Social Sciences, told CGTN that Washington fears being marginalized as the two Koreas continue to forge regional peace without it.

Whatever his concerns are, it’s laudable that the US president put it right in time, which is also light-years away from his chronically capricious, narrow-minded style of approaching diplomacy. He might also have made the correct decision against the will of his pro-establishment aides.

Against all odds, both the DPRK and the US-ROK alliance demonstrated patience, composure and resilience.

The diplomacy all started with Kim extending an olive branch to Seoul, against a backdrop where Pyongyang is shifting to rev up economic growth and improve people’s livelihood. Thanks to the prominent roles of Beijing and Seoul as facilitators, an era of peace is dawning on the peninsula.

The twists and turns over the past weeks are not necessarily a bad thing. Throughout a short, turbulent history, both sides have recognized their huge differences concerning denuclearization.

The Korean Peninsula is expected to continue on this diplomatic roller coaster. What’s important is that the two have reached tacit consensus that composure and reciprocity will prevent them from falling off track.