OPINIONS Respond to coronavirus with facts, not fear

Respond to coronavirus with facts, not fear 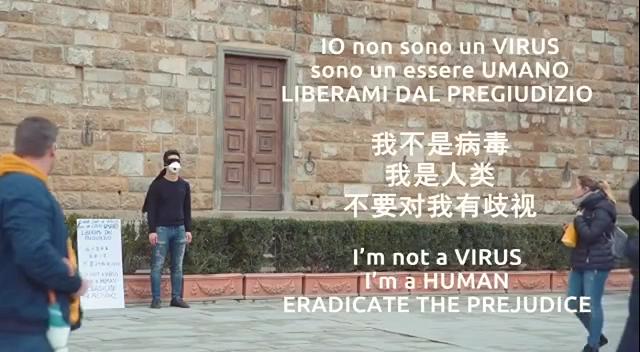 Screenshot from the video

A touching video has gone viral on social media in recent days, delivering the powerful message that care and support, instead of fear and prejudice, are needed when such a dreadful disease as the novel coronavirus has hit humanity.

In the video, a young Chinese Italian man stands in the middle of a busy square in Florence, blindfolded and wearing a face mask, next to a sign that reads in Chinese, English and Italian, "I'm not a virus, I'm a human being. Eradicate the prejudice."

Some passers-by took pictures of him, and more hugged him. Such heart-warming reactions have also been found among many countries and international organizations that have chosen to stand in solidarity with China, and provide assistance as the fight against the novel coronavirus pneumonia (NCP) rages on -- in stark contrast to those that have indeed overreacted, if not intentionally.

One important reason not to overreact to the epidemic is that it is unnecessary. According to the World Health Organization (WHO), as of Friday, there have been 270 novel coronavirus cases reported from 24 countries outside China, less than 1 percent of all cases of infection.

Also, the UN health agency has repeatedly advised against international trade and travel restrictions despite the fact that some countries have rushed to impose them.

What's more, overreacting is counter-productive and so is scaremongering.

"Such restrictions can have the effect of increasing fear and stigma with little public health benefit," argued Tedros Adhanom Ghebreyesus, director-general of the WHO.

This unwanted spread of fear could give rise to "Chinaphobia" in many parts of the world. Already, some incidents have proven such worries are valid.

Chinese tourists were spat at in Italy's Venice. In Britain's Sheffield, Chinese students were reportedly pushed and verbally abused for wearing face masks. Some biased media outlets even tagged the novel coronavirus as a "China virus" to stoke the "China threat" mentality.

Most importantly, countries around the world do not need to panic because Beijing has so far been taking resolute and comprehensive measures to contain the epidemic.

China has quarantined the city of Wuhan in Hubei Province, the epicenter of the outbreak, which has a population of 11 million people, built two hospitals from the ground up in less than two weeks, mobilized a nationwide campaign, and cooperated with countries that desired to fly their citizens out of China. These measures have won growing global recognition and are gradually yielding positive results.

As China struggles to fight the disease, it needs help. Yet overreactions could have a chilling effect on international health cooperation and undercut a coordinated global response.

In modern human history, how to respond to a health emergency has always been a tough question facing decision-makers all around the world as they need to weigh urgency and prudence at the same time.

"Overreaction can be just as damaging as underreaction," Jeremy Brown, director of the Office of Emergency Care Research at the U.S. National Institutes of Health, wrote in an article published by the Wall Street Journal, referring to it as one of the "lessons worth heeding" from the annals of epidemics in the United States.

Right at the moment, tens of thousands of medical professionals as well as researchers are racing against time to do what they can to defeat the NCP. As they are looking for an effective remedy, those who are expecting and suffering need to know that fear is never going to be part of the cure.