OPINIONS Restrictions on Chinese tourists discriminatory, will do no good

Restrictions on Chinese tourists discriminatory, will do no good 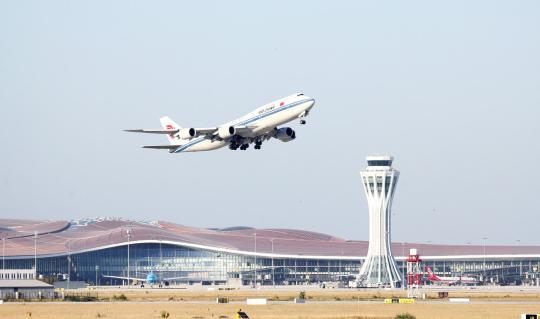 Most countries have welcomed China's move to optimize its pandemic prevention and control measures, but some have adopted discriminatory entry measures against Chinese tourists in violation of science and facts.

The United States, Japan and the Republic of Korea are among the countries that have taken discriminatory measures against Chinese tourists, with Japan imposing new quarantine requirements on travelers from China from Jan 8, and the ROK suspending the issuance of short-term visas for Chinese citizens from Jan 2 to 31 as well as the plan to increase flights from China.

As neighbors, Japan and the ROK enjoy close economic ties with China and there is no reason for them not to welcome China's resumption of normal personnel exchanges.However, as major US allies, it is no surprise that they have set restrictive entry measures against Chinese tourists given the Joe Biden administration's intensified attempt to advance the "Indo-Pacific strategy".

Over the past three years, China's strict epidemic containment measures have contributed to stopping the global spread of the pandemic.Whatever measures China adopted, there was no discrimination against foreigners. Even the lifting of nucleic acid testing 48 hours before traveling to China applies equally, without leaving any country out.

Infections are peaking in many places in China, but health experts point out that the virus strain circulating in China has already spread around the world, which means the restrictions imposed by Japan and the ROK on Chinese tourists are not "scientific". Data released by Japan itself shows that only 3 percent of travelers coming from China had tested positive for COVID-19 in the week that ended Jan 12. Epidemic prevention authorities in the ROK admitted that no new strain, not even XBB.1.5, had been detected among Chinese tourists.

Instead of targeting tourists from China, Japan and the ROK should raise a high alert against the XBB.1.5 strain that is spreading fast in the US.

In the context of a global economic downturn, it is not wise for the two countries to impose restrictive entry measures against Chinese tourists that will cause losses to their tourism sector.Respecting science, they should lift discriminatory restrictions against China as soon as possible.