OPINIONS Results of Sherman's China visit depend on US attitude

Results of Sherman's China visit depend on US attitude

US Deputy Secretary of State Wendy Sherman will visit North China's Tianjin from July 25 to 26, a visit arranged after the US proposal to exchange views on China-US relations, according to the Chinese Foreign Ministry late Wednesday night. Sherman is scheduled to visit Japan, South Korea and Mongolia from July 18 to 25. Meanwhile, US Defense Secretary Lloyd Austin is leaving for his trip to Singapore, Vietnam and the Philippines on Friday. 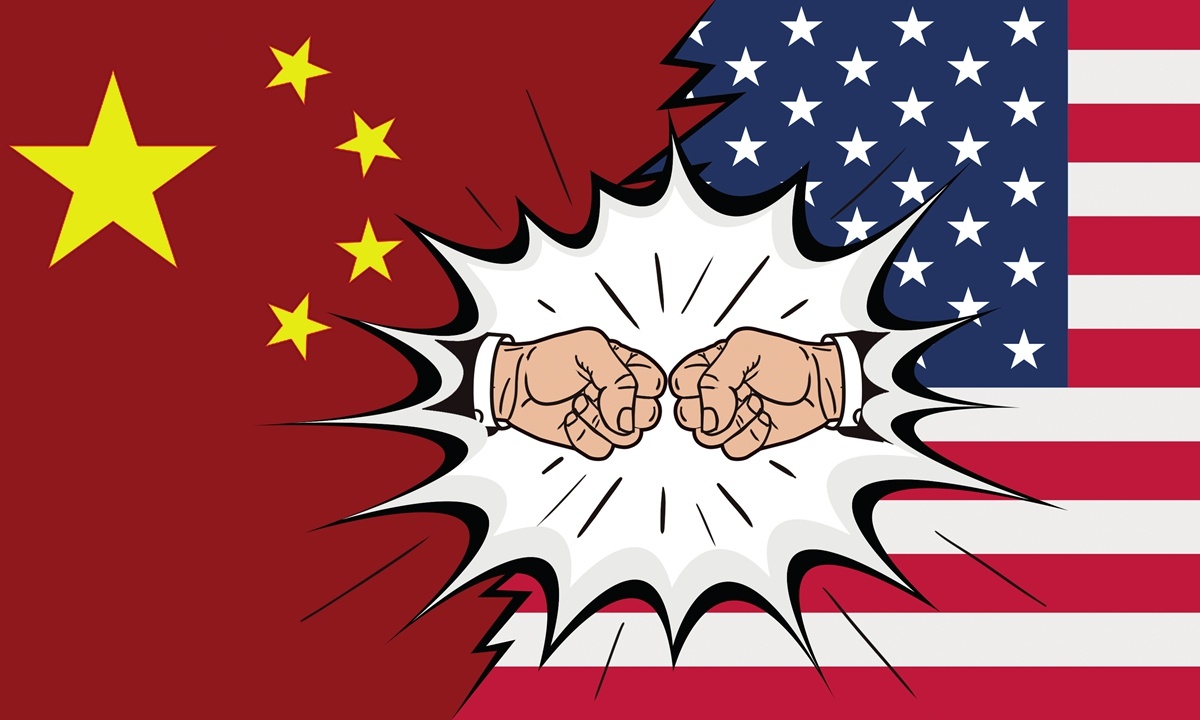 This time, the US is taking the initiative in proposing exchange of views on China-US relations. This shows that the Biden administration has made some progress in evaluating its China policy and may begin to implement these policies next.

Washington is eager to communicate with Beijing because it is increasingly aware of the need to cooperate with China on many issues.

The US may also want to use Sherman's visit to pressure China on issues such as Xinjiang, the Taiwan Straits, and South China Sea.

US State Department spokesperson Ned Price said in a briefing on Tuesday that the US will engage with China "when it's in our interests to do so, and we do remain interested in doing so in a practical, substantive and direct manner." During Sherman's talks with her Japanese and South Korean counterparts in Tokyo on Wednesday, the three sides agreed that they oppose "any unilateral attempts to change the status quo" in the East China Sea and the Taiwan Straits.

This is a typical feature of the US' current China policy. "Our relationship with China will be competitive when it should be, collaborative when it can be, and adversarial when it must be," as US Secretary of State Antony Blinken said in March.

Despite pressuring China on Xinjiang, the Taiwan Straits and the South China Sea, Washington may also believe it won't affect pragmatic cooperation with Beijing in some other areas.

During the recent weeks, Washington has intensified its blame on China in terms of the so-called massive cyberattack. It has also issued a blanket warning to US firms about the risks of doing business in Hong Kong, and passed a bill that would ban all goods from or made in Xinjiang unless importers can prove they weren't made with "forced labor." We must show the US that China firmly safeguards its sovereignty, security and development. We firmly oppose the US' interfering in China's internal affairs and harming our national interests. These are all basic principles that China will make clear.

During Sherman's visit, China and the US may have practical discussions on some specific issues including climate change, Afghanistan, Iran and improving the working environment of diplomatic personnel and institutions in the two countries. China will make a very thorough clarification on its principles, while also leaving some room for China-US cooperation on specific issues.

Defense Secretary Austin previewed his Southeast Asian trip on Wednesday, saying that he will, "make clear where we stand on some unhelpful and unfounded claims by China in the South China Sea." Clearly, the South China Sea will be a key point of his trip. Vietnam and the Philippines are two countries that Washington wants to rope in the most in terms of the South China Sea issue.

Together with Sherman's Asia tour, the US aims at showing Asian countries that it will continue attaching importance to the region, and making it clear to China that it will carry on the Indo-Pacific Strategy to pressure China.

After Chinese top diplomats resolutely refuted the US' rude manners during Alaska talks in March, the two countries almost haven't had any face-to-face senior-level dialogues since. The US Department of State said Sherman's visit is "part of ongoing US efforts to hold candid exchanges" with China in order to "advance US interests and values and to responsibly manage the relationship."

Nonetheless, the US' attitude won't be different from that during Alaska talks. Strategic competition with China is still the keynote of US' China policy. This won't change. Thus, the US will not stop interference in China's internal affairs, and will continue piling pressure over Xinjiang and other issues.

The "candid exchanges" are possible, if the two sides exchange views frankly. As for "responsibly managing the relationship," it may be hard to do. This will depend on whether Washington plans to properly handle its ties with Beijing. If Washington's China policy is dominated by the use of pressure and rhetoric of competition, then relations between the two countries will only worsen.

After White House Coordinator for the Indo-Pacific Kurt Campbell said in early July that China and the US can "coexist in peace," Washington is now proactively seeking dialogue with Beijing. But this does not necessarily mean Washington is becoming more rational toward Beijing. For example, Campbell said, "We do not support Taiwan independence," yet the US has sent more military aircraft to the island. Similarly, the US is calling for dialogue while it is still trying to impose more pressure on China.

On many issues, Washington says one thing and does another, making it unreliable.

The article was compiled by Global Times reporter Li Qingqing based on an interview with Wu Xinbo, director of the Center for American Studies at Fudan University in Shanghai.