OPINIONS Returnees must play their part in virus control

Returnees must play their part in virus control 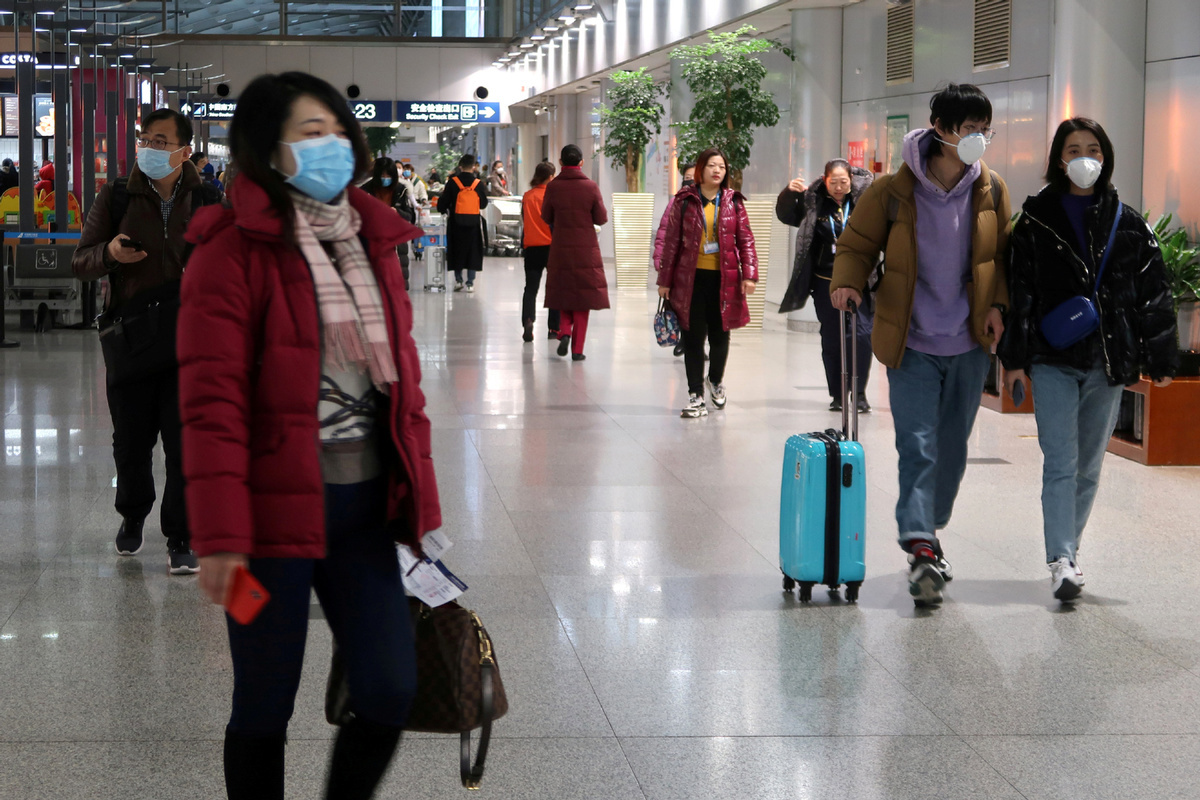 Passengers wearing masks are seen at the terminal hall of the Beijing Capital International Airport, in Beijing, Jan 23, 2020. (Photo: Agencies)

A video about an Australian-Chinese woman who refused to abide by quarantine rules and went outside to exercise without wearing a mask in Beijing went viral online and triggered anger among netizens. The incident, together with a number of cases about the bad behavior of some Chinese returning from overseas, has prompted a public outcry for all returning Chinese to comply with domestic anti-virus measures.

With the epicenter of the novel coronavirus outbreak shifting from China to Europe and the virus running rampant in other parts of the world, many Chinese people working or studying overseas have chosen to return to China from hard-hit countries, which has led to a rise in the number of imported cases.

To prevent a second surge of the disease in China, many Chinese cities have implemented strict screening and quarantine measures, which are necessary as they are now part of the nation's overall efforts to contain the virus and safeguard people's health. These have been met with a high degree of understanding and acceptance by Chinese residents, who have demonstrated admirable commitment and responsibility in complying with the measures.

However, as tens of thousands of Chinese are returning, incidents in which returnees complain about the conditions in their quarantine hotels, vent their spleen at health workers or even refuse to comply with the quarantine measures have flared up nationwide.

And there have been incidents in which some returning Chinese arriving at checkpoints have deliberately tried to conceal their possible novel coronavirus infections or falsified their health statements.

Such behavior adds to the difficulty of domestic actions to fight the outbreak. Those returning from overseas should act in a more responsible and civilized manner. It is in their interests that they do, since they will not want the risk of infection to rise in a country that they now deem to be a safe haven.

China's apparent success in fighting the virus came at the great expense of Chinese people's sacrifice. All returning Chinese shoulder the responsibility to protect this hard-won achievement.

The fact that imported cases have outstripped domestic cases in China highlights that preventing the virus being imported is now a key task for China's epidemic prevention and control work. This is especially urgent as the rigorous domestic containment work has turned the tide in the worst-hit Hubei province and its capital Wuhan, which was the epicenter of the outbreak. The country cannot afford another Wuhan-like outbreak elsewhere.

Those returning to China from overseas should fully comply with domestic health measures to help reduce the risk of such an undesirable scenario materializing. Even though these measures may cause some inconvenience, that will only be temporary.

Cooperation with the quarantine measures is highly necessary, as these measures have proved to be effective in preventing transmission of the virus.