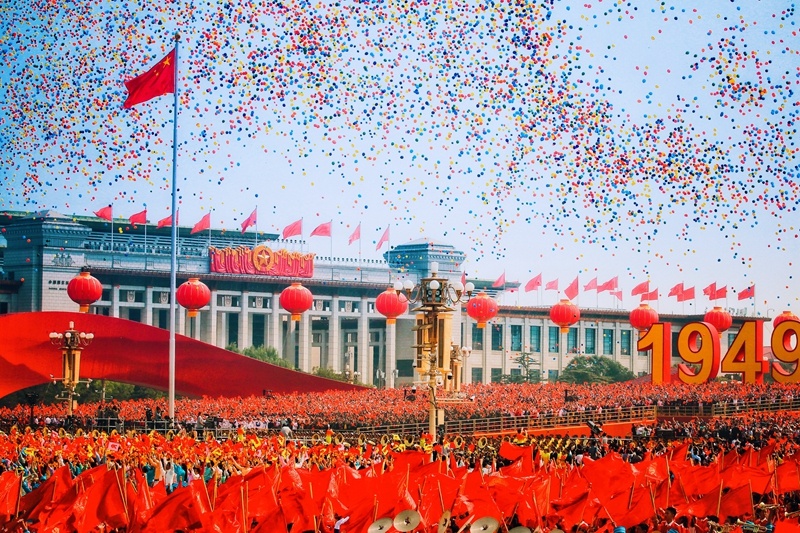 Colorful balloons fly at the end of the mass pageantry to mark the 70th anniversary of the People's Republic of China on Oct 1, 2019. [Photo/chinadaily.com.cn]

Over the decades, a new political party system has emerged in China marked by continuous growth and improvement, making its own contributions to the world's political civilization.

The system provides one fundamental revelation: the political party system of one country should be decided by its historical traditions and present national conditions.

China's system, incorporating Marxist political party theory with the country's realities, can trace its roots back to China's cultural heritage and democratic revolution since modern times.

The development of the party system over the past seven decades and more has shown the world its unique advantages and strong vitality. It has been playing an irreplaceable role in promoting a better and more effective governance of the country.

Former Greek Foreign Affairs Minister George Katrougalos once commented that China's achievements have conveyed a valid message that all progressive parties throughout the world should adapt doctrines to their national environments and the challenges of globalization.

Another key revelation is that when various political parties of a country enjoy a relationship model that features cooperation, unity and harmony, they can better serve the fundamental interests of the great majority of their people.

In this system, the Communist Party of China (CPC) exercises state power and the eight other parties participate fully in the administration of state affairs under the leadership of the CPC. They carry out cooperation based on the principles of long-term coexistence, mutual oversight, sincerity, and sharing the rough times and the smooth.

Hence the operation of the system reflects the shared goals of all, promotes sound decision-making and implementation, and ensures effective state governance.

From fighting the pandemic to reducing poverty and from tackling corruption to pushing forward tough reforms and ecological development, the system has played an irreplaceable role.

A report done by Harvard University last year, based on its 13-year survey in China, showed that the Chinese people's overall satisfaction with the central government exceeded 93 percent. Many similar surveys have also found high approval ratings of the Chinese government.

In the white paper, China has made it clear that it will, as always, learn from the positive experiences of other countries, but will not imitate other political party systems mechanically, or impose its own on any other country.

As previously stated, China respects the right of other countries to choose a political party system best adapted to their own realities.

Based on equality and mutual respect, China is willing to strengthen cooperation and mutual learning with other countries, promote democracy on the international stage, and eventually build a community with a shared future for mankind.