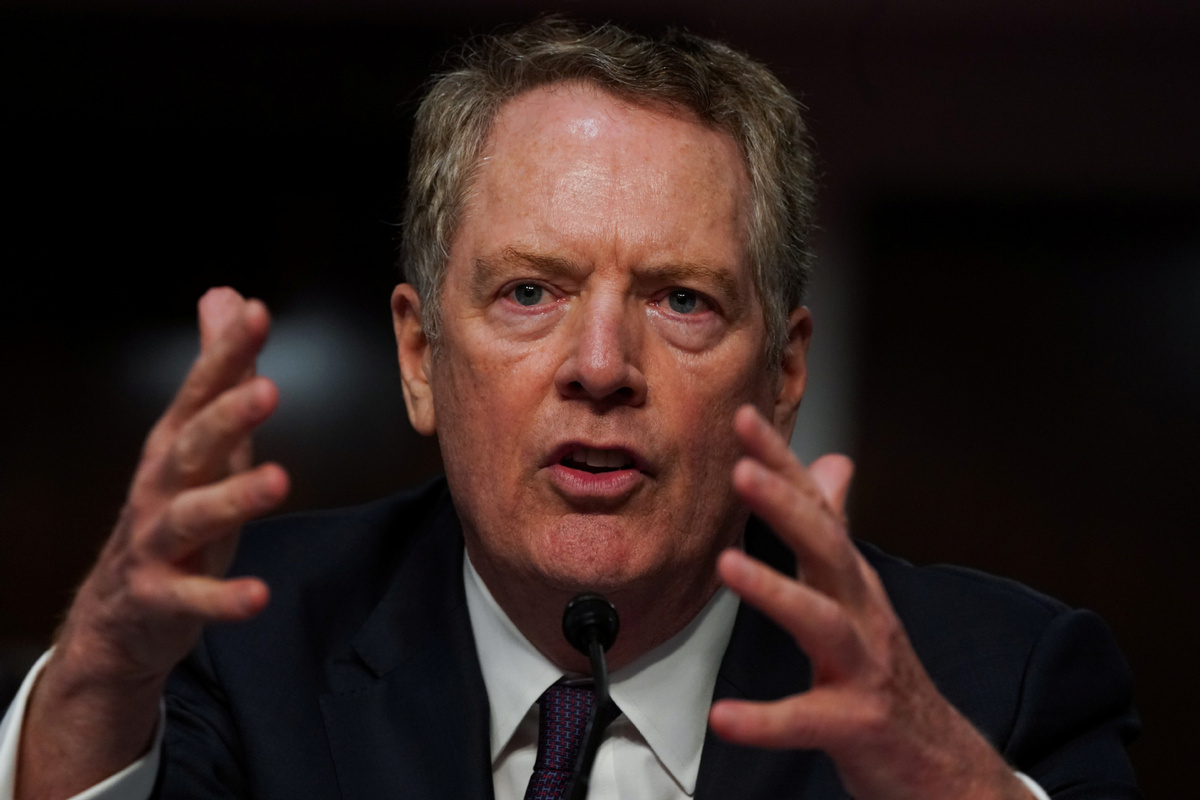 Thanks to the rising Sino-US tensions, especially after the novel coronavirus pandemic broke out, many seem to have forgotten that over the past four decades, economic and trade cooperation has been the ballast to bilateral relations.

To many, by relentlessly attacking China, despite being "satisfied" with the progress of the "phase one" trade deal, Washington has gone too far and China is exercising extraordinary restraint.

But Beijing knows well the cacophony over the decoupling of the US and China notwithstanding, the world's two largest economies have been faithfully trying to fulfill their obligations as stipulated in the "phase one" deal since it came into effect on Feb 15.

That China now accounts for more than 40 percent of US commodity exports, compared with about 20 percent in the baseline year of 2017, was confirmed by none other than Larry Kudlow, chair of the US National Economic Council. Which means that while the pandemic has taken a toll on world trade as a whole, the two sides have minimized its impact on bilateral trade.

As China has been reiterating, increasing imports is essential to its economic restructuring and industrial upgrading. It is also in line with US interests. No wonder Kudlow quoted US Trade Representative Robert Lighthizer as telling the US president that China "really picking their imports of our commodities" is "a great boon", indicating the two sides can still broaden their common interests and seek win-win cooperation.

As for most of the pain spots in the Sino-US relationship such as technology transfers, industrial subsidies and data restrictions, which some US politicians tend to highlight to claim bilateral ties don't have much to offer to Washington, those issues are exactly what the two sides have agreed to shelve for future discussion.

That all is not yet lost should be evident on Saturday when, as part of the "phase one" deal, Chinese Vice-Premier Liu He and Lighthizer are due to conduct the first semi-annual review of the deal's implementation through videoconferencing. And if their meeting is positive enough to prompt the US and China to agree to prepare for future talks, there might be reason to assume the two sides could re-focus on their common interests to better handle their differences and manage risks, if not altogether resolve the sticky issues in bilateral relations.

As a US-China Business Council report says, the pandemic has once again made US enterprises realize the importance of the Chinese market, not least because China's is the only major economy to rebound — and robustly — in the second quarter. In fact, US enterprises doing business in China are optimistic about their prospects and believe the "phase one" deal can ease Sino-US tensions.

With the "phase one" deal showing positive signs, now is the time for the two sides to move to resolve their trade disputes and end the speculation that a new Cold War is imminent.

Indeed, trade is at the core of the two sides' shared interest. It can also become the foundation for expanding their shared interests in other fields.