Ridiculous prescription can't get US cured

The United States announced a list of tariffs on $200 billion of Chinese goods Tuesday, getting the tariff battle escalated. It is a provocative move that will obviously harm Sino-US trade and endanger the global economy. The question is why is the US taking such a ruthless approach? 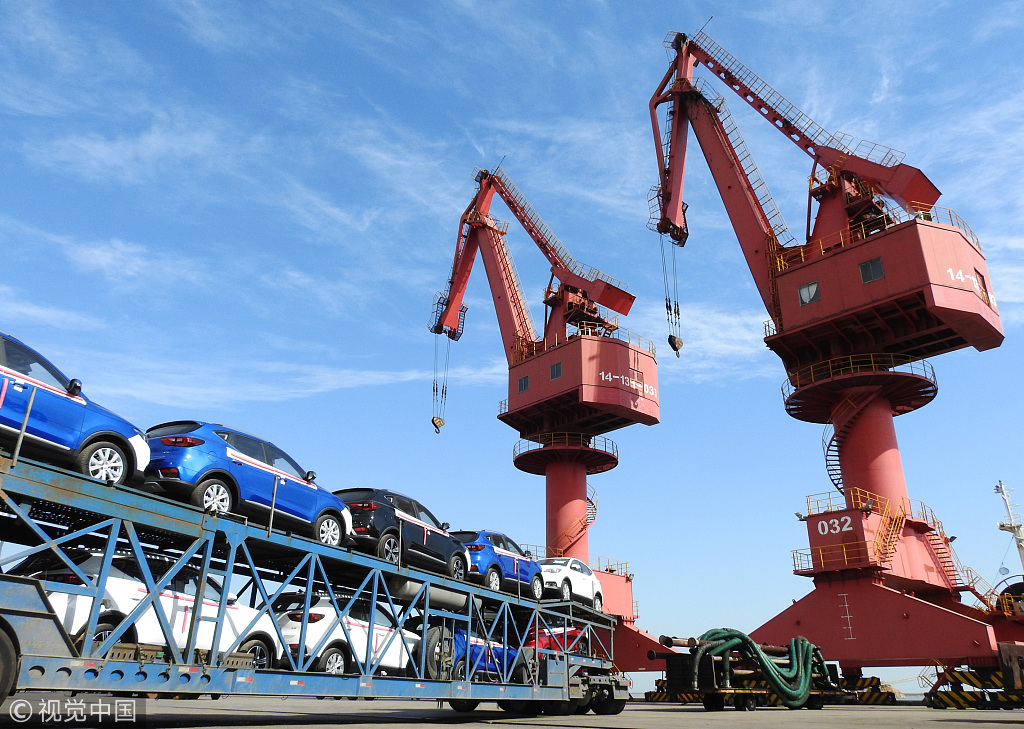 Several senior US officials have taken the trouble to repeat a set of rhetoric, claiming that the US has been "unfairly treated" in its trade with China; China has "stolen" American technology through "compulsory technology transfer", gaining “unfair advantage”. Such rhetoric is derived from the Statement by the US Trade Representative on Section 301 Action. Released on March 22, the findings of the investigation became the reason for the US to formulate a tariff list for products from China's aerospace, information technology, robotics and machinery sectors. While the reason for the extra $200 billion tariff list is that China has taken counter measures.

Regarding the Section 301 investigation against China, even the US’ own think tank, the Peterson Institute for International Economics (PIIE), finds it necessary to refute it. In terms of intellectual property rights, the United States has received enormous benefits from China in the past decade, according to a research report released by PIIE. China paid the foreign companies for technology licensing fees, which have increased four-fold, reaching nearly $30 billion in 2017. Among the beneficiaries, the US has taken the lion’s share with the fastest growth rate of income, increasing by 14 percent in 2017. In the same year, China’s external use of intellectual property fees reached $28.6 billion, which is 15 times over its WTO accession in 2001, according to official data.

In effect, the Section 301 investigation against China has confused technology transfer at the micro level and technology diffusion at the macro level.

At the micro level, the technology transfer of foreign-funded enterprises to Chinese enterprises is mainly “paid licenses for technology use”. The technological ownership of foreign-funded enterprises has not been affected, but has earned profits. Such a contract is a mutually beneficial cooperation formed by commercial negotiations. It is typical market behavior and the government does not need to intervene. The technical cooperation and other economic and trade cooperation between Chinese and foreign companies are completely based on the voluntary principle of contractual behavior. For many years, both sides have benefitted. This is also the main source of US intellectual property gains from China each year.

From a macro perspective, technology diffusion is universal. As the “Arabic figures” spread to the whole world, the power technology to every country is a phenomenon of technology diffusion. To apply the logic in the Section 301 investigation against China to the US, in 1886, German Karl Benz invented the world's first car. Seven years later, American Durier made the first car in the US. Can it be said that the US "stole" German car technology?

Absurd logic does not lead to reasonable behavior. Initiating a trade war will not benefit the US economy. Today is the era of global value chains. Most products are produced in value chains across multiple countries. If we compare the global value chain to a grid, comparing consumption to light bulbs and production to switches, we find that the number of light bulbs and switches varies from country to country. The US has the most bulbs, but it has fewer switches, more consumption, and less production. Through a tariff battle, the US intends to shut down some of the other countries' switches, without expecting that some of its own switches could be shut down by others. The total number of American switches is relatively smaller. Once the trade war becomes a protracted war, the US will definitely be defeated.

The US excuses for a trade war is groundless. It appears to be out of the blue, as rational big countries will not come up with such absurd reasons and measures. Traders monitor the markets in the S&P options pit at the Cboe Global Markets exchange (previously referred to as CBOE Holdings) on June 25, 2018 in Chicago, Illinois.

The S&P 500 Index is twice higher than the highest level before the financial crisis, and sales data has risen by nearly 50 percent. The key indicator of the degree of American equity bubbles "cycle adjustment price earnings ratio" is 32.33, which has exceeded the 26.20 of the financial crisis point, indicating a huge bubble.

Even though the US unemployment rate is low, the labor participation rate that measures how many people are working is also low, indicating that the low unemployment rate actually comes from a large number of people simply giving up their job hunting efforts.

The US seems to be aggressive while escalating the trade war. With its domestic structural problems not being resolved, it is impossible to find a cure. (The author is an expert from the Chongyang Institute for Financial Studies at the Renmin University of China.)