OPINIONS Right for the HKSAR government to postpone the LegCo election

Right for the HKSAR government to postpone the LegCo election 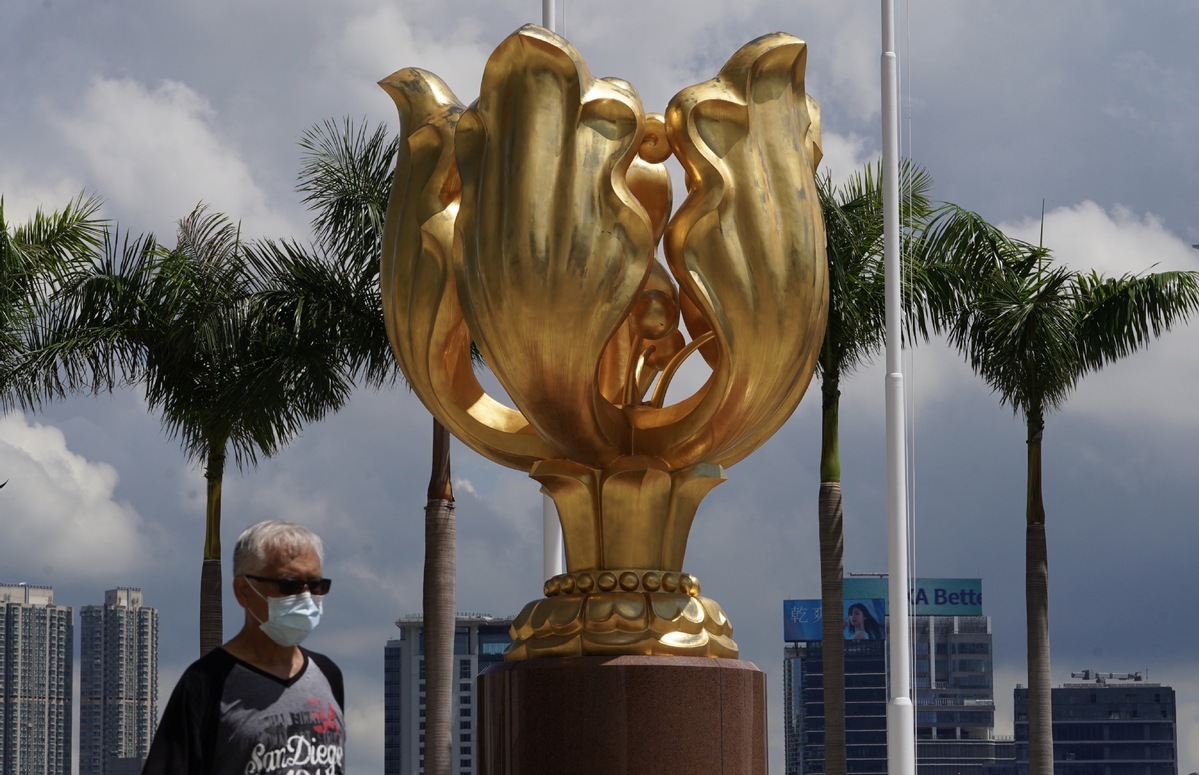 A passenger walks past the Golden Bauhinia Square in Hong Kong on July 29, 2020. (Photo: Xinhua)

Anyone trying to claim that the Hong Kong Special Administrative Region Government's decision to postpone the city's Legislative Council election is an expedient action of last resort, intended to prevent the opposition camp from achieving its goal of gaining a majority in the legislature for the first time, is doing so with an ulterior motive.

The election due to be held on Sept 6 could not have been held without risk because of the rapidly rising number of novel coronavirus infections in the SAR. That those seeking to politicize the decision are willing to turn a blind eye to pressure the latest infections are putting on the city's health system — the latest outbreak accounts for about one-third of the total number of infections in the SAR since January — shows how little they care for the well-being of residents in the SAR.

The opposition camp which claims the world is "watching" Hong Kong— a notion that spookily echoes the quasi-warnings issued by the United States and its yapping lapdogs such as Australia and the United Kingdom — naturally opposes the delay.

But they and their backers who allege the pandemic is only an "excuse” for the decision would never admit that the illegal "primaries” held earlier this month probably facilitated the recent surge in infections, as the opposition camp gathered its flock together despite the government's ban on public gatherings. No wonder the city has seen more than 100 new cases for the past eight consecutive days as of Wednesday.

Worse, the sources of nearly half of the new infections have not yet been found. Which means that the new cases in all likelihood represent only the tip of an iceberg.

Given the current situation, holding the LegCo election, the first city-wide public gathering since the virus hit the SAR in January, would expose people to the risk of infection, including vulnerable groups such as the elderly, which could put an unbearable strain on the city's health system, which, we would like to take this opportunity to say, deserves credit for the low number of deaths caused by the virus, 24 as of Wednesday, to be precise.

The HKSAR government has made the right and responsible decision to postpone the election, which was made after extensive consultations with public health experts. It would have been the height of folly to proceed with the election at such a time.

At least 68 countries and territories have delayed national or regional elections due to the coronavirus since February, according to the International Institute for Democracy and Electoral Assistance. And as of May 27, 16 states in the United States had postponed primaries for the presidential election because of the pandemic.

Unquestionably, the HKSAR government has made the appropriate decision to safeguard people's health. The attempts by the opposition camp and their foreign backers to suggest the opposite throws into sharp relief that it is not people's rights they care about — certainly not the right to health — just the right they claim to play their political games.