Right power switch must be found 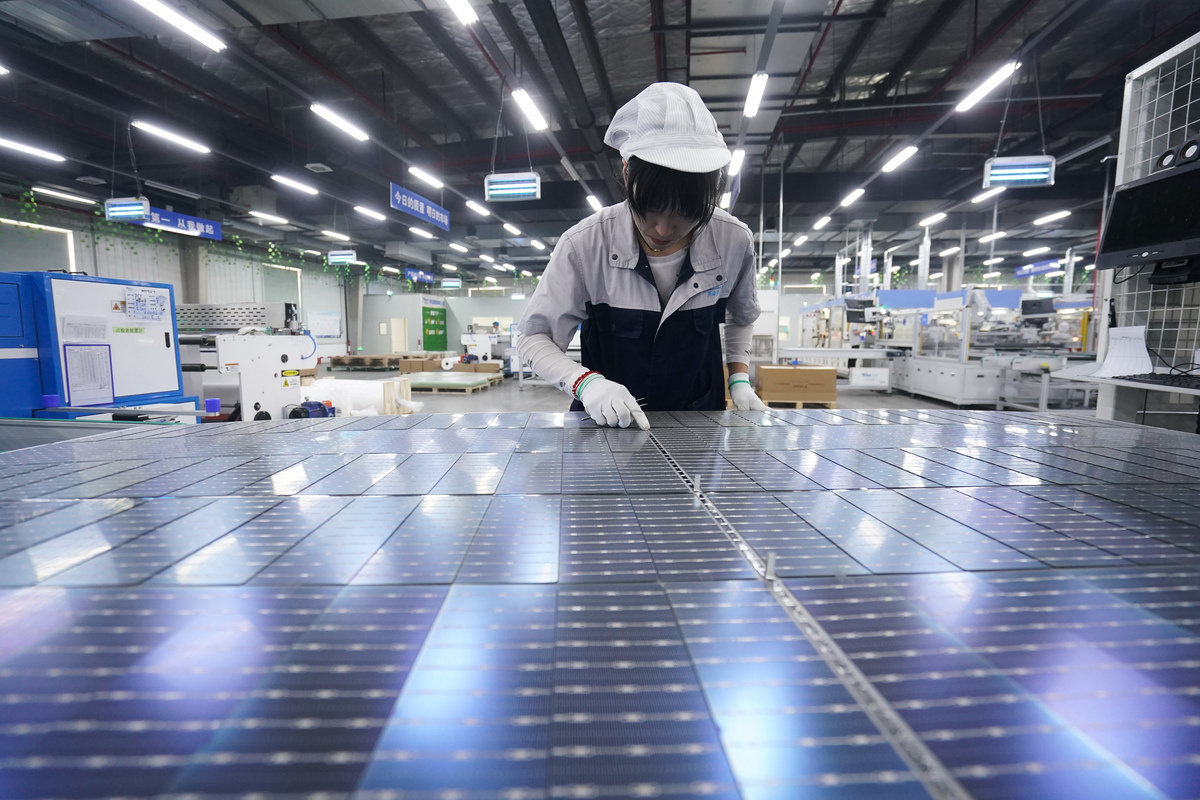 An employee checks photovoltaic panels at a production facility in Suqian, Jiangsu province, in May. (Photo: Xinhua)

The consumption of electricity has increased swiftly in Guangdong, Jiangsu, Shandong and Zhejiang provinces with the temperature rising and the economy recovering. These provinces are the four largest provincial economies in terms of gross domestic product in the country.

The acute shortage of electricity during the peak hours means some provinces have to suspend the power supply for those nonessential sectors as they did at the end of last year when a strong cold air sweeping the country dramatically increased the demand for electricity in a short time.

At the end of last month, all 21 cities in Guangdong were rationing the power supply.

The lack of rainfall in Southwest China, which provides about 30 percent of the electricity Guangdong consumes, means the economic engine in the Pearl River Delta has to downshift to adapt to the seasonal shortage of power.

The energy-consuming industries that have been relocated to Southwest China from better-off coastal regions in recent years, such as the electric aluminum and silicon processing industries, have also dramatically raised the local demand for electricity.

As shown, hydropower, wind power and solar power are vulnerable to extreme weather and China has to rely heavily on imported natural gas. So before the country has enough nuclear electricity to power its huge economy, how to ensure its power security is a pressing challenge.

At least 25 countries and regions, mostly in Europe, have vowed to put an end to thermal power generation by 2030 to cut carbon emissions. But their economies are much smaller than China's, and their industrial structures are fundamentally different from that of China. With the advancement of related technology, clean energy will be able to suffice their general demands for electricity in the foreseeable future.

Although to weed out coal power generation is also a trend in China, the country must be prudent in drawing the withdrawal roadmap for its huge thermal power system which remains a reliable guarantee for its power security and economic stability.

To fulfill its pledge of peaking emissions before 2030 and attaining carbon neutrality before 2060, the country must weigh carefully order of priority in its emissions reduction endeavors－which sectors should cut their emissions first, and which sectors should be allowed to maintain their levels of emissions, at least for a while－to avoid cutting the feet to fit in the shoes.