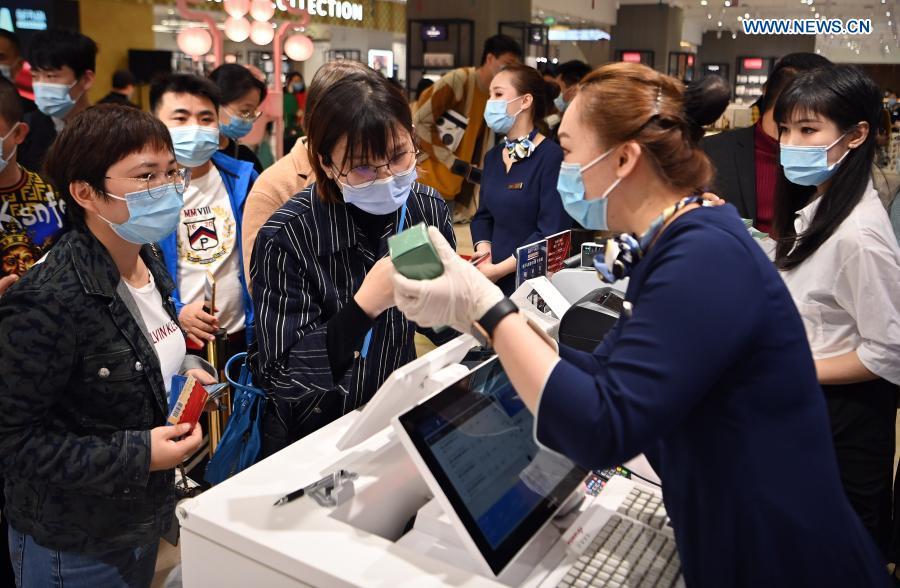 Monday marked Consumer Rights Day when, as usual, high-profile cases of consumer rights violations were exposed on a popular China Central Television show, with the companies and products involved named and shamed.

Making this year's event more prominent was the fact that it was the first of its kind during the period of the 14th Five-Year Plan for National Economic and Social Development (2021-25), which puts the strengthening of consumer rights protection unprecedentedly high on the government work agenda.

As part of efforts to enhance people's livelihoods and propel economic growth, the Government Work Report that Premier Li Keqiang delivered to the top legislature on March 5 highlighted the need to steadily raise residents' consumption power and improve the consumption environment so that people are willing to spend more.

All this has become indispensable for the country's economic prospects given the new development paradigm of "dual circulation" that puts emphasis on the domestic market while letting the domestic and foreign markets boost each other.

Consumption already accounts for about 55 percent of China's gross domestic product, acting as a key driving force for economic growth. Yet the many pitfalls and traps that abound in the market have become major constraints on consumer spending, as people are hoodwinked out of their money and the orderly working of the market is undermined.

With the rapid development of the internet, there has been a proliferation of cases involving the massive stealing and divulging of personal information, and those using big data to manipulate consumers' buying behavior. Among the many other tricks in the name of innovation that victimize credulous consumers, peer-to-peer, or P2P, lending scams, for example, have caused accumulated losses of tens of billions of dollars for individuals nationwide, prompting the government to shut down all such lending platforms.

The growing number of consumer rights infringements that have emerged online has made it more difficult for market watchdogs to detect violations at the earliest opportunity, requiring them to keep abreast of the times and constantly plug legal loopholes with the introduction of new policies and laws, so as to better safeguard consumers' rights and interests.

How well consumers' rights can be protected will to some extent determine how smoothly the country will be able to achieve a new stage of high-quality development. Thus measures must be taken to boost consumer confidence and eliminate the problems in the market that hamper the domestic cycle of production, distribution and consumption, in order to create dynamism in supply and demand.