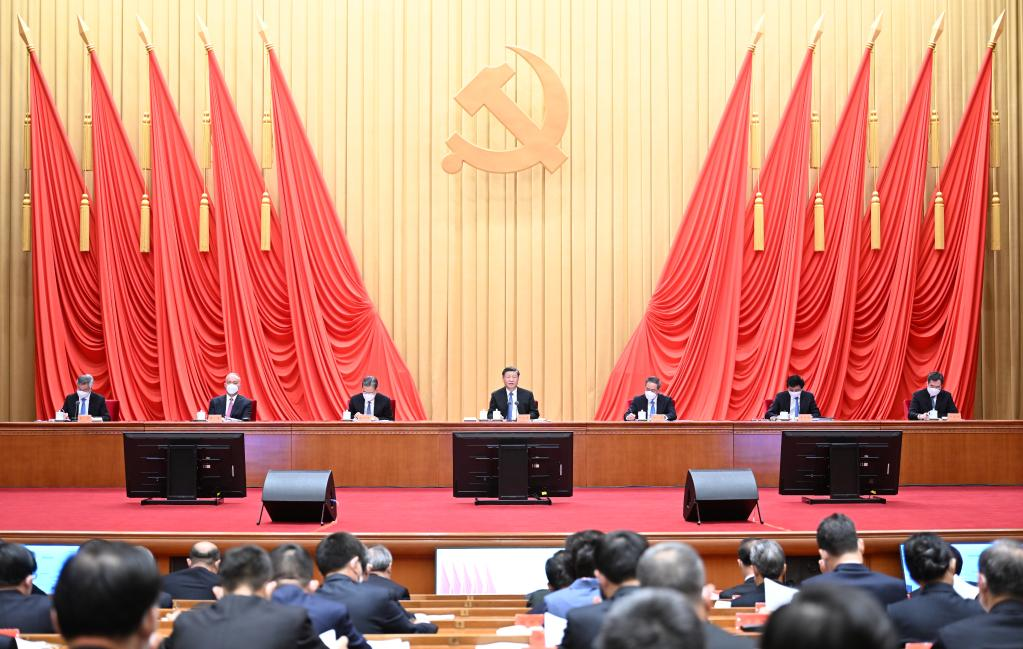 Xi Jinping, general secretary of the Communist Party of China Central Committee, has stressed the need for ceaseless efforts to promote full and rigorous Party self-governance and ensure the implementation of decisions and plans made at the 20th CPC National Congress. Xi made the remarks while addressing the second plenary session of the 20th CPC Central Commission for Discipline Inspection on Monday.

The conference has made it clear that the Party should continue to uphold strict principles, apply strict measures and foster a rigorous environment for its self-governance, and the Party's self-reform should be carried forward staunchly. While pushing forward strict self-governance, efforts should also be made to encourage enthusiasm, initiative and creativity among Party members and officials.

Therefore, full and rigorous self-governance should be an unceasing endeavor, and the Party should remain alert and determined to tackle the special challenges that it faces.

With 96.71 million members — as of the end of 2021 — the Party has become one of the largest ruling parties in the world, and therefore it is important that it can be run with effective systems and regulations, which should be continuously improved to ensure rigorous self-governance.

Prominent problems should be found in a timely manner. These problems, Xi noted, include, but are not limited to, failures to implement the decisions and prohibitions set by the central leadership, selective or compromised enforcement, protectionism in disregard of the overall interests and blindly copying others' solutions.

Therefore concrete measures should be taken to effectively remove bottlenecks, obstacles and difficulties in implementation and enforcement, and to refine the mechanisms through which the CPC Central Committee's major decisions and plans are implemented.

The fight against corruption remains grave and complex, and the Party still faces uphill tasks in preventing new cases and rooting out existing ones. The Party should further enhance its efforts to address both the symptoms and root causes of the problem in a systematic way.

And coordinated steps must be taken to see that officials do not have the audacity, opportunity or desire to become corrupt, as Xi said.

To that end, pressure should always be kept on officials so that they do not become corrupt, the deterrent effect of a zero tolerance policy and harsh punishment should be maintained. Particularly, actions should be taken to prevent leading officials from acting for any interest group or power group, and to forestall any collusion between officials and businesspeople, or any infiltration of capital into politics.