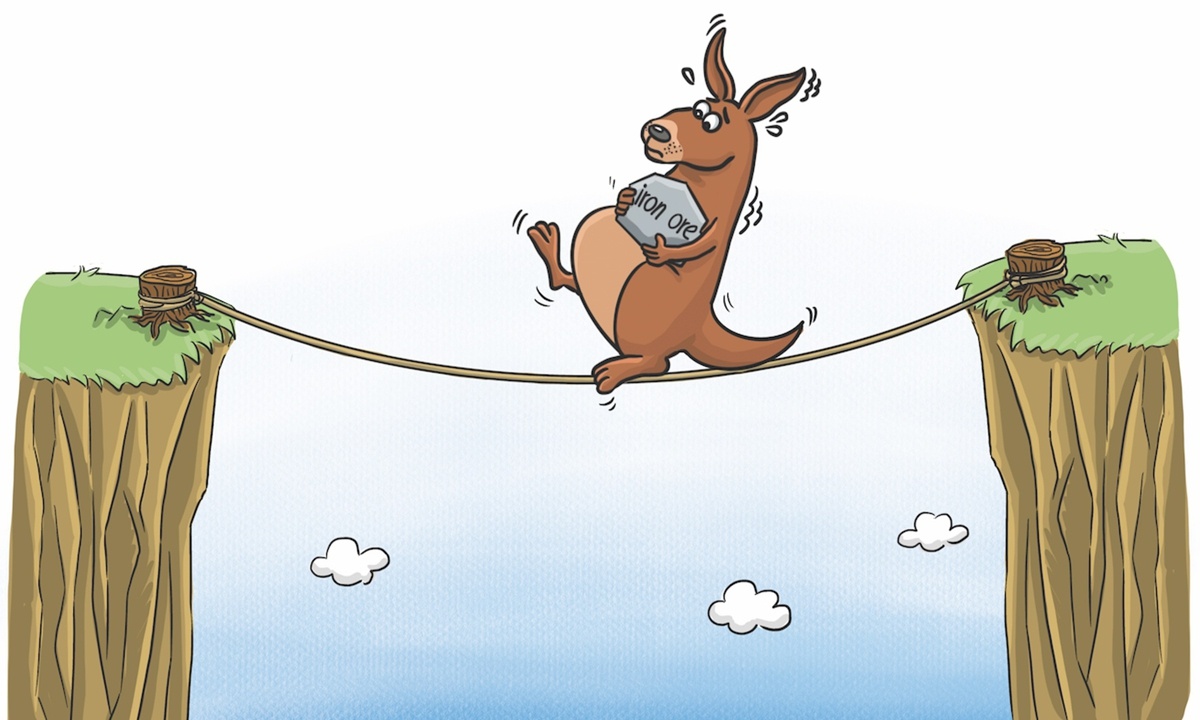 You can never wake a person who pretends to be asleep, a proverb highly recommended for some Australian politicians and business leaders, who recently surfaced to blame the Morrison administration for going too far in attacking or confronting China.

Meanwhile, the Australian business community has expressed their frustration more directly with the bilateral ties, which is at its lowest ebb in decades.

This week, a Financial Review article titled "Why business blames Canberra for the China mess" describes in detail the growing questions and criticism from business leaders about the Morrison government's mishandling of its relationship with China.

At a time when anti-China stance has become commonplace in Canberra, it is conceivable that prospects must be so bleak for the business community that those business leaders had to voice their opposition in the hope that Canberra could return to reason.

Yet, Australian Prime Minister Scott Morrison's latest comment would probably disappoint them. The Sydney Morning Herald cited Morrison as saying that "the relationship still exists, look at trade alone - there have never been bigger volumes. That's a bit of a proof point. When all's said and done, there's still great value in the relationship."

Indeed, trade statistics showed Australia's total goods exports to China only recorded a slight drop in 2020 from the previous year, thanks in large part to the booming iron ore trade between the two countries.

Over the past several months, the Australian government has repeatedly made provocative and confrontational moves on key issues concerning China's sovereign rights and core interests, such as issues related to Hong Kong, Xinjiang, and Taiwan.

Last month, Canberra even tore up cooperation agreements signed years ago between Victoria state and China on the Belt and Road Initiative, setting a very bad precedent which reveals its hostility toward economic cooperation with China.

With mutual trust being undermined by Canberra time and again, China's National Development and Reform Commission decided to suspend in early May all activities under the framework of China-Australia Strategic Economic Dialogue, which points to a further downward spiral in bilateral relations.

Maybe the booming iron ore trade will allow the Morrison administration to ignore the fact that other domestic industries have suffered badly from its deteriorating political ties with its largest trading partner. But as China's diversification efforts extending to cover a growing list of Australian-produced commodities, Canberra's choice of pandering to the US at the expense of its ties with China, is bound to harm Australia.