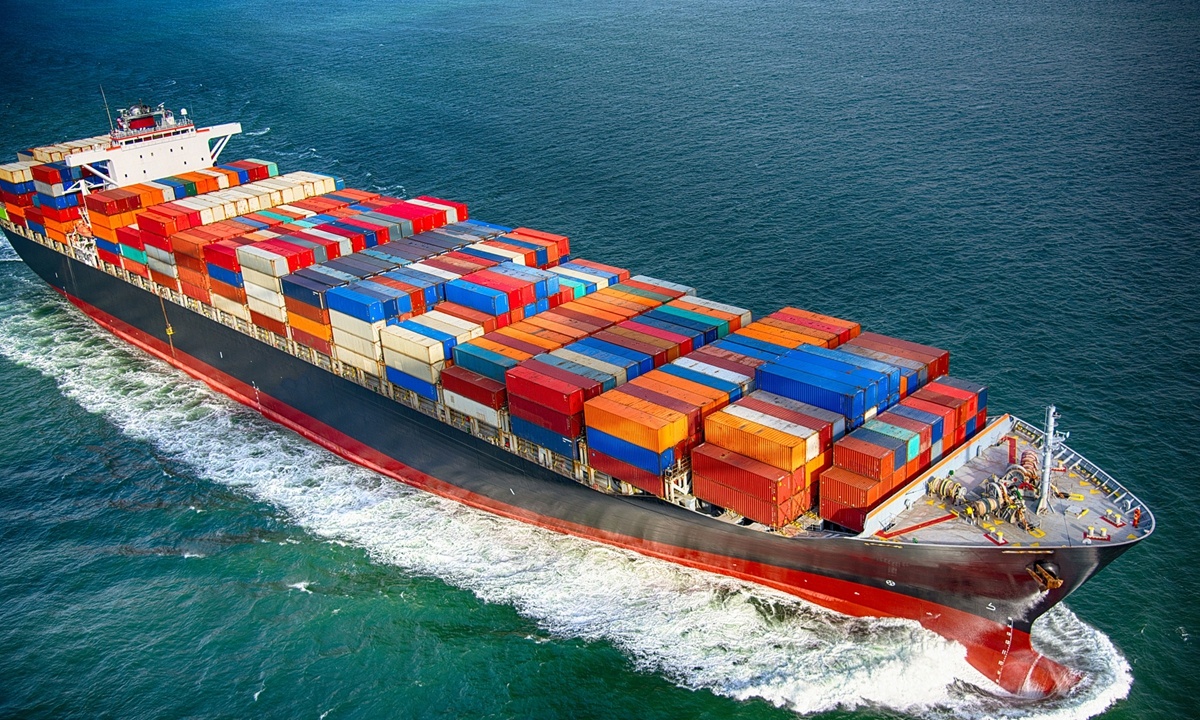 China's foreign trade rose by 0.7 percent in the first three quarters this year, with exports growing by 1.8 percent, and imports down by 0.6 percent. On a quarterly basis, the first quarter was down by 6.5 percent, the second quarter down 0.2 percent, but the third quarter rose by 7.5 percent.

This hard-won performance shows the tenacity of the Chinese economy and reflects China's special systematic ability to smoothly overcome major crisis. It is worth noting that China's trade with the US in the first three quarters also saw positive growth, which reflects China's unshakable strength.

The rapid recovery of China's foreign trade amid the COVID-19 pandemic is in stark contrast to the badmouthing of China by the US-led West. It can also be seen as a ruthless ridicule of those opinions. In the past nine months, China has been busy solving problems in a down-to-earth and pragmatic manner. On the anti-virus fight, China rapidly carried out effective measures. It also did well in resuming its economy.

What did the US do during the same period? That's as clear as mud. What is clear, though, is that it mocked China, then blamed China for its own pandemic-handling failure, and campaigned for elections while hyping China-related issues. The strong rebound of China's foreign trade is not a fluke. That the Chinese GDP will realize positive growth this year has been widely expected, because China's systematic epidemic-control measures have provided a sustainable basis for economic recovery. China is the only major economy in the world that can expect a positive growth prospect. No matter how the global pandemic evolves during winter and beyond, China has sufficient capabilities to retain stability, and continue its economic and social development momentum.

The US comprehensive suppression of China has begun to stumble. While China has substantially controlled the epidemic and engaged in economic recovery, the US is deeply mired in the epidemic, and in all kinds of chaos the epidemic has caused. It has been proved that the positive energy for national development from China's own efforts has far outweighed the obstruction the US strategic containment has caused to China. Containing China is nothing but the insane fantasy of a few US top elites, and their shallow tactics cannot prevent the massive development of China.

The past nine months have been meaningful. During its fight against the epidemic and its economic recovery, China has demonstrated its political philosophy of doing its own business well. In contrast, the US government has limited tools, little interests and patience to cope with its domestic affairs. They seem to be only keen on finding fault with China.

In recent years, most of Washington's eye-catching policies have certain "anti-China" elements. As a result, every effort of China has helped the country grow. However, the US has been harming others without benefitting itself.

China has been through a tough time, in which the US has created trouble. But by solving those problems, China has gained energy for development. As we look back, it was not bad to have the US as a training partner that helped China get stronger.

The past years, especially the first nine months this year, have been the most distinct period in which Chinese society repeatedly addressed confusions and enhanced national confidence. Chinese people have become more broad-minded and can withstand more difficulties. As the American myths have been replaced with objective knowledge, there is nothing that can awe or deceive Chinese people. We have shown how strong we are in not only this crisis of COVID-19. We performed well also in the 2008 financial crisis and the 1997 Asian financial crisis. These are not isolated cases - they convey the advantages of China's system.

In the fourth quarter, various indicators in China will look better against the rest of the world. Nonetheless, Chinese people won't be arrogant, as Chinese society is more used to comparing what it achieves with the most ideal outcome possible, in order to find its shortcomings. We are aware the gap of development between China and the US and Europe. We hope all countries can respect each other and focus on cooperation rather than on provoking confrontations.