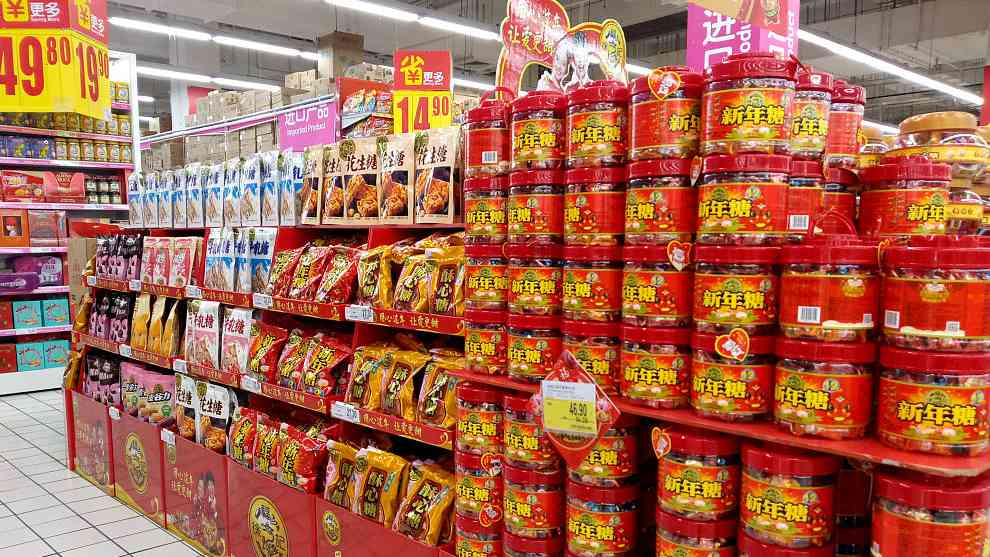 Newly released statistics show over 400 million domestic trips were made during the week-long Lunar New Year holiday this year, an increase of 7.6 percent from the same period last year.

Domestic tourism generated a revenue of 76 billion US dollars, an annual increase of over eight percent. Combined sales of retail and catering companies achieved annualized growth of 8.5 percent, reaching a new high of about 150 billion US dollars.

With nearly 1.4 billion people, China's spending on consumption contributed 76 percent of the overall economic growth in 2018, with its Engel's Coefficient -- the proportion of money spent on food and household expenses -- down 0.9 percentage points annually.

This indicates an upgrade in Chinese consumption. And that's why imported goods and high-tech products have become increasingly popular in Chinese New Year shopping baskets, and why domestic and international travel has been favored more and more by people living in third- and fourth-tier cities.

The upgrade in Chinese consumption habits offers greater opportunities for global companies, such as Starbucks and L'Oreal.

Starbucks now has roughly 3,700 stores in nearly 160 cities in China, up 18 percent from a year ago. And L'Oreal just posted its strongest sales growth in more than a decade thanks to strong demand in the Chinese market.

CEO of the French cosmetics giant, Jean-Paul Agon, has said he is not concerned about the possibility of a slowdown in the Chinese economy, suggesting his company expects demand among Chinese people for their products will continue in 2019.

Echoing Agon's positive view is the Bank of America-Merrill Lynch China Activity Coincident Tracker, which attempts to measure economic activity in the country by synthesizing data from such economic markers as electricity production, exports, and retail sales.

The tracker released in January rose 4.1 percent year-over-year, up from three percent in November.

China's economic growth slowed to a three-decade low of 6.6 percent last year, but remained at the forefront of the world's major economies.

The newly released figures on Chinese consumption during the Lunar New Year holiday once again prove that the fundamentals of China's steady economic development have not changed, and that the overall momentum of sustainable growth has not changed.

China will remain a powerful engine for continuing to motivate global economic growth.