OPINIONS Russia-India-China format is the lighthouse of true multilateralism

Russia-India-China format is the lighthouse of true multilateralism 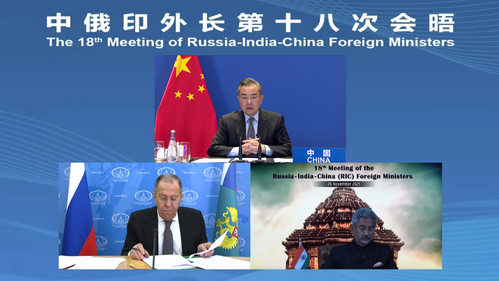 Editor's note: Andrew Korybko is a Moscow-based American political analyst. The article reflects the author's opinions and not necessarily those of CGTN.

Chinese Foreign Minister Wang Yi lauded the Russia-India-China (RIC) format of talks that he participated in via video link on November 26 alongside his Russian and Indian counterparts as an example of genuine multilateralism and democracy promotion in international relations. Among the many issues that their joint communique touched upon were Afghanistan and Syria. The foreign ministers condemned terrorism in both countries while supporting the formation of an inclusive government in the first and the Astana peace process in the second. This was a symbolic show of solidarity.

In these uncertain times where unilateralism, protectionism, and hegemony are running rampant, it's a breath of fresh air to see that major powers can cooperate with one another as equals in multiple spheres of shared interest. This makes RIC the lighthouse of true multilateralism and a shining example of how different countries should conduct their international relations. It also speaks to the pragmatism of all three parties involved.

Nobody ever seriously doubted the strength of the Russian-Chinese Strategic Partnership nor the Russian-Indian one, but the recent complications in the Chinese-Indian Strategic Partnership prompted a lot of speculation in recent years. There have been credible concerns that the U.S. is trying to tempt India into functioning as its proxy for dividing and ruling Asia. Evidence in this direction includes that country's participation in the U.S.-led Quad alongside Australia and Japan. Observers regard this framework as an emerging military alliance united by its members' shared desire to "contain" China.

This context makes it all the more remarkable that the latest RIC meeting went off not only without a hitch, but also resulted in these major countries elaborating on the common ground between them, which also includes combating climate change and COVID-19. It's more important than ever for countries to focus more on shared interests than on those issues in which they differ. The former can bring everyone closer together while the latter will only keep them apart, which only serves the interests of ill-intended third parties like the U.S.

Despite the pandemic, BRICS and the Shanghai Cooperation Organization (SCO) – the world's two most prominent multipolar frameworks in which all three of those major countries participate – remain strong and effective. RIC serves as their core and ensures that their joint plans remain on track. Meaningful progress on the most pressing questions of the day isn't possible without these three countries working together. This latest RIC meeting should therefore fill their partners with optimism since it shows that the multipolar world order is a fact of contemporary international relations. 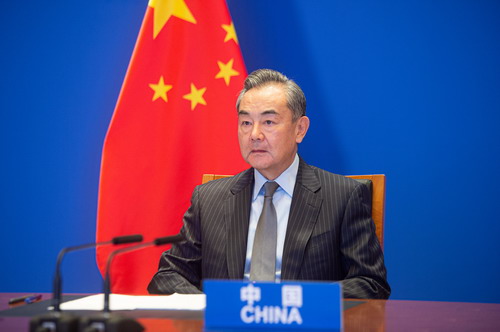 The RIC meeting's communique about Afghanistan is especially important. All three countries have crucial security and economic interests there. None of those countries want terrorist threats to emerge following the Taliban's return to power in August. Furthermore, they're also concerned about Afghanistan's impending humanitarian crisis. The formation of an ethno-politically inclusive government would be a step in the direction of getting that country back on track. The Taliban's interim authorities are working hard to resolve Afghanistan's problems but much more work remains to be done.

It's here where RIC can play a leading role. These major countries could pool their political and economic efforts, including through the BRICS and SCO frameworks, to present a credible path forward for Afghanistan. For example, specific investment and other sorts of projects could be directly connected to progress on the domestic political track with respect to forming that country's hoped-for ethno-politically inclusive government. All the while, they can continue providing aid to stave off its impending humanitarian crisis.

This approach would contrast with the U.S., which is characterized by literally blackmailing the country by freezing its foreign funds until it does what Washington wants. The result has been that the government that's most directly responsible for Afghanistan's many crises is continuing to make them worse, which has very serious security implications for the region. That's why RIC have an urgent need to continue working together to help make meaningful progress there in order to ensure that the U.S. doesn't succeed in endangering their interests.

Afghanistan could therefore serve as a perfect case study of RIC's capability to effect positive change in Eurasia. If these three major countries continue working together by focusing on their commonalities instead of the several issues on which they differ, they can make history by reversing the destabilizing processes that the U.S. catalyzed in Afghanistan. As the lighthouse of true multilateralism, they have a responsibility to their international peers to do their best in this respect. For these reasons, the world has high expectations that RIC will continue serving as a shining example of international relations.