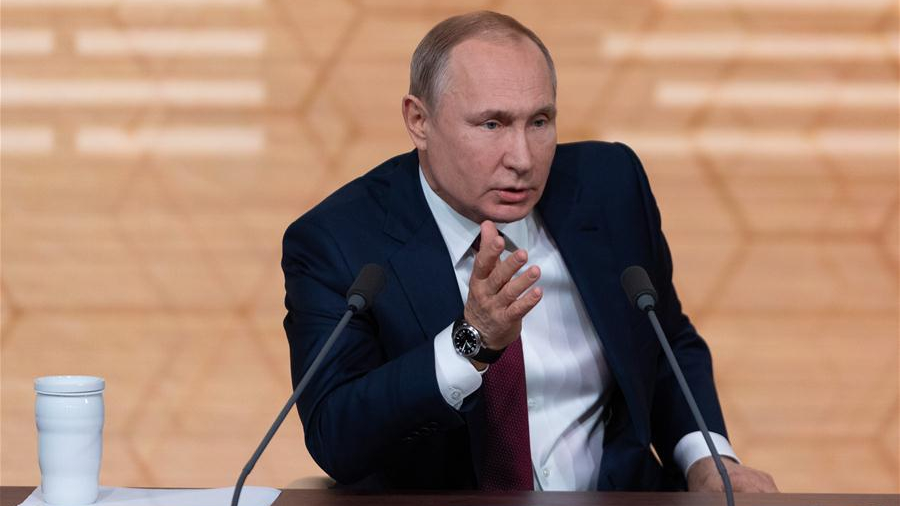 The worldwide interest in the news conference highlights not only Putin's personal influence, but also Russia's important role in the world.

Putin presented his views on Russia's relations with all major players, including the United States, the European Union, China and Japan, as well as other regional hot issues, particularly those in the Middle East and Asia.

Russia seems good at multi-tasking and maximizing its national interests. And it is believed to have been one of the few winners in the Syria crisis, as not only have its political and economic interests expanded, it has also ended the dominant influence of the US in the region.

The news conference signals that Russia, with its independent diplomatic policy and pragmatic handling of complicated issues, aims to be one of the poles in a multipolar world. It seeks opportunities in its game with the US, pursues cooperation in its coexistence with the European Union, aims to expand energy, security and economic relations with Iran, Saudi Arabia, Japan and India, and develop cooperation with Africa, the Southeast Asia and Latin America.

And looking eastward, Moscow has enough reasons to step up its economic, trade, energy and strategic cooperation with Beijing, as both Russia and China are important forces to promote a multipolar world, and safeguard global stability.

It should not be forgotten that Russia is still under sanctions of the West, and its need to diversify its economic structure, improve people's livelihoods and upgrade its industries is no less urgent than before.

It is good to see that France and Germany have started reflecting on their Russia policies, partially thanks to the US administration's belief in "America first", which means Russia's relations with the EU might further thaw next year, which will bring more opportunities for Russia.