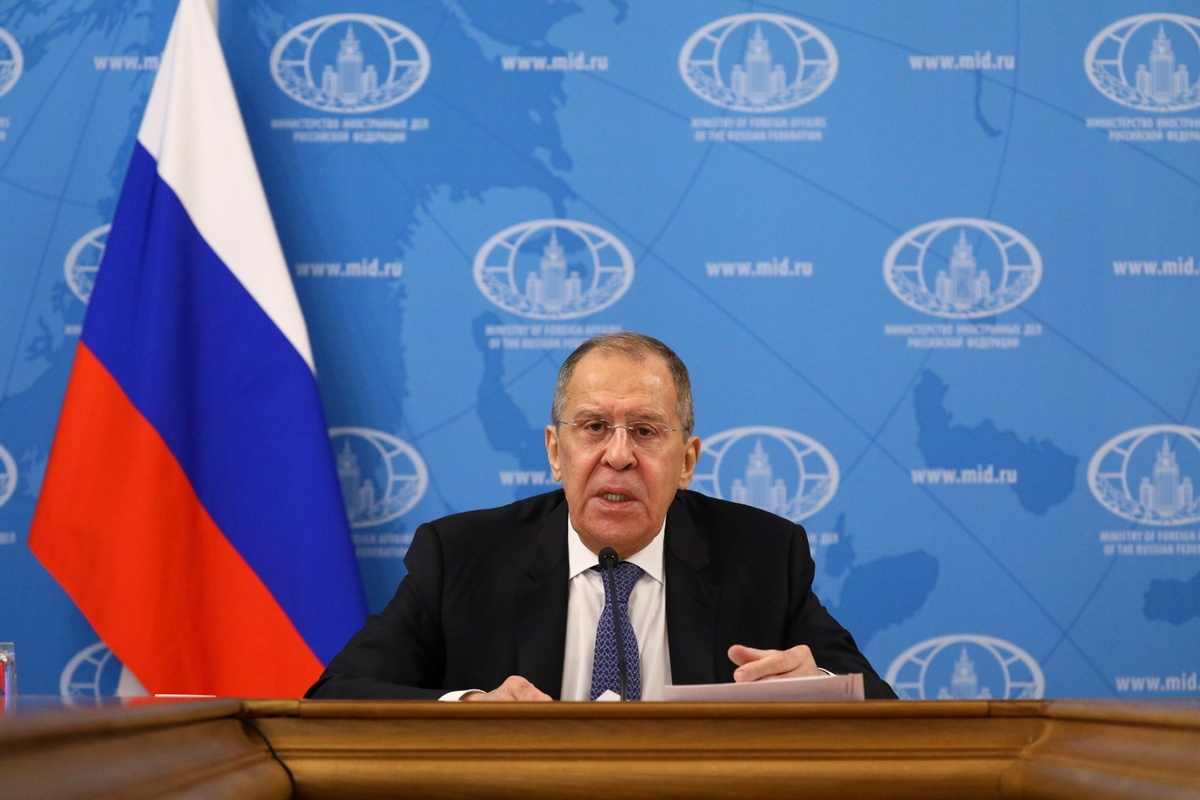 Russian Foreign Minister Sergey Lavrov will make a two-day visit to China beginning on Monday, marking his first visit to the country since the coronavirus outbreak.

They will also discuss regional and international issues of common concern, he said.

Zhao said he believes that the visit will further consolidate the momentum of the high-level development of bilateral relations and intensify strategic cooperation between the two countries in international affairs.

As this year marks the 20th anniversary of the Treaty of Good-Neighborliness and Friendly Cooperation between China and Russia, the two countries have already agreed to renew the treaty and make it more relevant in the new era.

The treaty is a milestone in the history of Sino-Russian relations, the spokesman said, adding that it is necessary for the two sides to strengthen communication to lay the foundation for further development.

Li Yonghui, a researcher of Russian studies at the Chinese Academy of Social Sciences, said the visit is proof that the bilateral ties have withstood the task of fighting the COVID-19 pandemic.

She added that China and Russia have stood shoulder to shoulder and worked closely to combat both the coronavirus and the "political virus"－the politicization of the pandemic.

It is possible that the two countries will gradually resume high-level mutual visits with the improvement of the pandemic situation, she said.

Li said that as the United States attempts to work with allies to suppress China and Russia, the two countries need to exchange views and seek consensus to find more possibilities for their coordination.