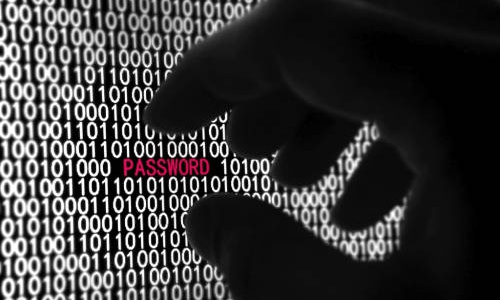 The UN General Assembly adopted Friday a Russia-led resolution aimed at creating a new international treaty on cybercrime. China is among the supporters.

The bid, however, met with strong opposition from the US and the EU. Not only casting an opposing vote, US Deputy Ambassador Cherith Norman Chalet even claimed it would "only serve to stifle global efforts to combat cybercrime."

In addition to officials, Western media outlets also launched attacks against this resolution. AFP said it was feared the resolution "sponsored by Russia and backed by China" might be used for "restrict[ing] online freedom" and "legitimizing crackdowns on expression."

Cybercrime is a major challenge facing the international community in the internet era. The United Nations Office on Drugs and Crime pointed out in March 2019 that cybercrimes are "increasingly transnational, anonymous and intelligent." And according to its report published in 2013, around 30-70 percent of cybercrimes were transnational and thus international cooperation was required. After six years of rapid technological development, this number must have grown larger, and the need for global efforts must have become increasingly urgent.

It is true that there is an existing accord - the 2001 Budapest Convention - on fighting cybercrime. But almost two decades later, is this West-drafted accord able to keep pace with the times? Can it resolve its intrinsic problems?

Kennedy Gastorn, Secretary-General of the Asian-African Legal Consultative Organization, told People's Daily of China in 2018 that developing countries' engagement in the drafting process of the Budapest Convention was seriously insufficient and the accord also failed to offer specific solutions to cyberterrorism.

Thus, the Russia-led bid is exactly a positive response to the changing demands and the defects of the old accord.

Russia's RT stated that the resolution "grants each state sovereignty over national cyberspace" and will ensure that the process is "open, inclusive and transparent." It has nothing to do with oppression of online freedom, but is a praiseworthy effort to address global challenge and protect the rights of people across the world.

In contrast, at this stage, the US still insists that the world should "expand its sole existing accord on cybercrime, the 2001 Budapest Convention" as the AFP reported. This is another embodiment of its hegemonism and double standards.

From their point of view, only the West, in particular the US, can be the rule maker, and others should always be their followers and should never be allowed to have seats at the table and a voice in the debate.

The West's so-called protection of freedom of speech is, in fact, an attempt to use the internet as a tool to interfere in other countries' internal affairs and disrupt other societies' stability. Their behavior will only foster cyberterrorism and extremism by creating conditions and opportunities for them.

Just as Andrey Klimov, the head of the Senate's International Relations Committee of Russia, told RT, Washington believes that the "internet was invented in the US and thus belongs to America. They believe that it should serve only their interests."

But the truth is that the internet belongs to the entire world and no one has the right to exploit it for self-serving purposes. Regardless of how the US behaves, all members of the international community need to join hands to protect network security and fight cybercrime. China firmly supports Russia's efforts and is ready to contribute.