Safeguarding momentum of China-Japan cooperation in interests of both countries 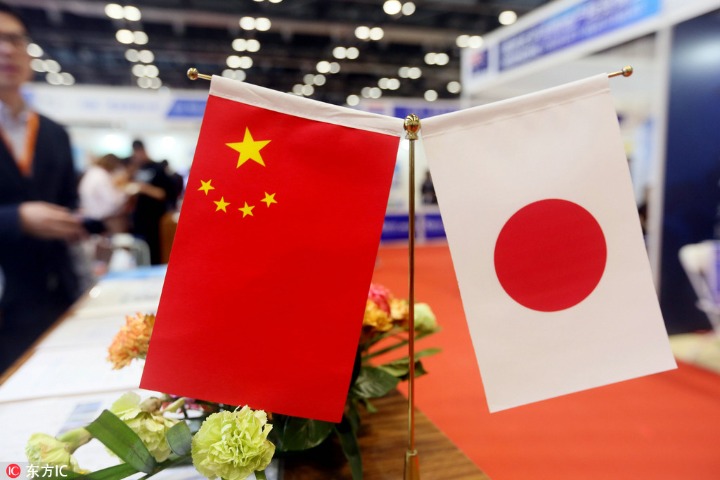 This year marks the 50th anniversary of the normalization of diplomatic relations between China and Japan. With their strategic vision and political wisdom, former Chinese and Japanese leaders jointly made historic breakthroughs amid the Cold War, paving the way for the healthy and fruitful development of bilateral relations between the two countries.

Given the significance of China-Japan relations to not only the economic growth of both countries but also to the peace and development of East Asia, what Chinese State Councilor and Foreign Minister Wang Yi proposed for maintaining the sound development of bilateral ties and furthering the momentum provide food for thought.

Wang made the proposals in his speech at a symposium in celebration of the 50th anniversary of the normalization of ties held in Beijing on Tuesday.

As he said, there should be no deviation from the commitments that the two countries made in the four political documents that are the political foundation for the development of bilateral ties. No ambiguity or even backpedaling on the question of Taiwan, and history should not be allowed to rock the boat.

The two sides should have a strategic and long-term vision of how to flesh out the political consensus of "remaining partners to each other and posing no threat to each other" in their policies and interactions, with the fundamental interests of both countries taken into consideration.

Cooperation between the two countries should be furthered in a wide range of areas as there is still great potential for both sides to work together for common growth. And both countries should create an environment conducive to both peoples developing positive views of the other on the basis of harmony without uniformity.

The two countries should pursue real multilateralism with a clear understanding about the trend of globalization, multipolarization and the diversity of cultures. China and Japan as major countries in the region and the world should work together to contribute to world peace and development.

Given the difficulties Sino-Japanese relations face, Wang's proposals are particularly pertinent to prevent the recent tentative steps taken by the two sides toward rapprochement being reversed.

Japanese leaders and politicians need to be cool-headed and take into consideration Japan's long-term interests and recognize how important it is for China and Japan to maintain sound bilateral ties and how such relations make a difference to regional peace and development.

Japan needs to think twice before jumping on the United States' "Indo-Pacific" bandwagon, as encouraging it in its divisive, exclusionary and confrontational geostrategic games targeting China will only disrupt the stability and development momentum in Southeast Asia and East Asia and therefore do a disservice to the economic growth of Japan.

China-Japan economic cooperation over the past five decades has proved to be a success for both sides and there is enough reason for such cooperation to be continued in a deepened manner.