San Diego Zoo's CEO: Relationship with china 'has been extraordinary' 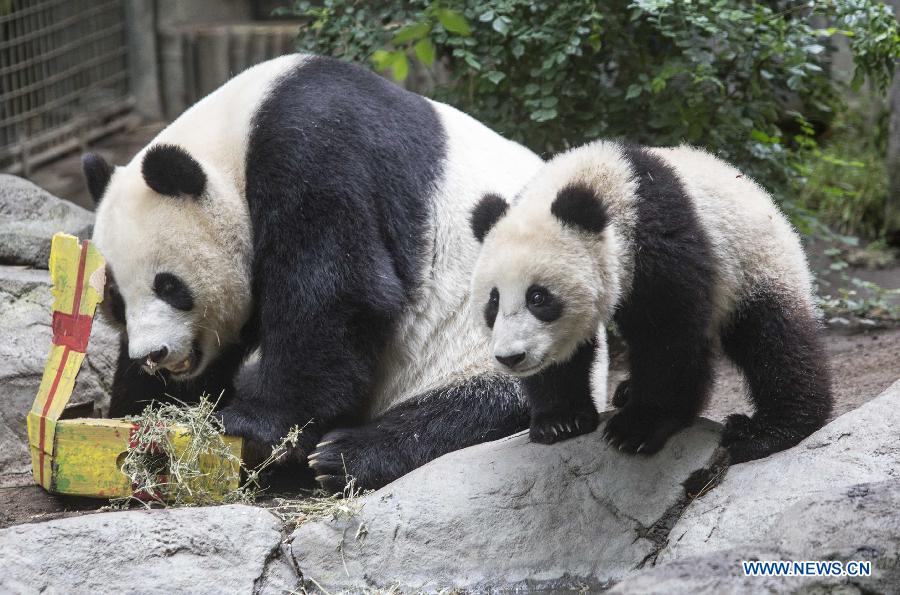 Researchers at the San Diego Zoo understand the powerful role that partnerships could play in conservation.

"The relationship that our organization has with our partners in China has been extraordinary. It's led to many achievements and accomplishments we couldn't have done alone," said San Diego Zoo Wildlife Alliance's President and CEO Paul Baribault during an exclusive interview with China Daily.

Giant pandas Bai Yun and Shi Shi arrived at the San Diego Zoo in 1996 from China under a 12-year loan program that was later extended to last more than 23 years.

The animals were on the brink of extinction at the time of their arrival. Slightly more than 1,100 giant pandas lived in China's wilderness in the 1980s, according to Xinhua. By 2021, that number had increased to more than 1,800. The growth prompted the International Union for Conservation of Nature to remove giant pandas from its list of endangered species in 2016.

Baribault said a lasting partnership that the zoo has forged with its Chinese conservation partners over the years contributed to the giant pandas' growing population.

"It speaks to the power of collaboration, what can be done together," he said.

Giant pandas are known for their low reproductive rate. In addition, when baby pandas are born, mother pandas care for only one of the cubs. To help keep the newborns alive, the San Diego Zoo Wildlife Alliance partnered with Chinese scientists at panda reserves to develop a milk formula that boosted nursery-reared panda cubs' survival rates from 0 to 95 percent.

"It's one of the things that through the work together, by identifying the nutritional needs, we were then able to really meet the pandas where they were," Baribault said.

The zoo also conducted the first successful artificial insemination of a giant panda in the US, Baribault said. The result was the birth of Hua Mei in August 1999, the first panda cub born in the US to survive to adulthood. She has since gone on to give birth to 11 cubs of her own in China.

"And you think about that history of collaboration, that didn't just happen with one team doing one thing and another team doing another thing. That happened through shared participation, shared engagement, celebrating each other's successes and facing each other's losses together on that path. To see what we've seen today is this amazing turnaround in the future of the panda," Baribault said.

Bai Yun gave birth to six different cubs during her stay at the zoo. She and her youngest son, Xiao Liwu, the two remaining pandas, were repatriated to China in 2019, under the terms of the loan agreement.

Bai Yun is now a great-grandmother to four generations of cubs that began in San Diego and continues to grow in China. The now 31-year-old panda resides in Dujiangyan, the site of the China Giant Panda Conservation Research Center.

"It's really been incredible to see that journey, and to think about our role as an organization, the role we played in that, is humbling and powerful at the same time," Baribault said.

The zoo is moving into the next stage of panda conservation with a new program called Panda Plus, Baribault said. It would build on the concept of "alliance" and partnership, as the name San Diego Zoo Wildlife Alliance entails, he said.

The program aims to take advantage of the zoo's connection with the large Chinese diaspora in Southern California and "lean in to the communication on shared partnerships and shared goals to increase really global understanding", he said.

This year marks the 50th anniversary of the first pair of pandas' arrival to the US. There is "no better example" of what partnership could achieve than the success of the panda story between the US and China, he said.

"When I think about the last 50 years, I look at a very bright future because I see the value in creating a connection between people and wildlife. And by doing that, wildlife has a powerful ability to connect people to cultures, that we open our mind to understand cultures differently, we open our mind to understand cultures better, and wildlife sort of disarms us in that way," he said.

The panda program is "a cornerstone" in the zoo's history, Baribault said.

"The San Diego Zoo Wildlife Alliance is 106 years old. This (panda) program represents a pretty large amount of our history. It's one that we look back on with tremendous pride, and we look forward to all the potential a strong panda program in the future could bring," he said.