Crude oil prices were on a roller coaster ride across global markets this week. The Saudi attack is the biggest knock to oil output to date, and immediately removed 5.7 million barrels per day (bpd) from the Middle Eastern country's oil production capacity - equivalent to over 5 percent of the world's daily supply. According to data from the US Energy Information Administration (EIA), Saudi Arabia produced 9.85 million bpd on average in August. 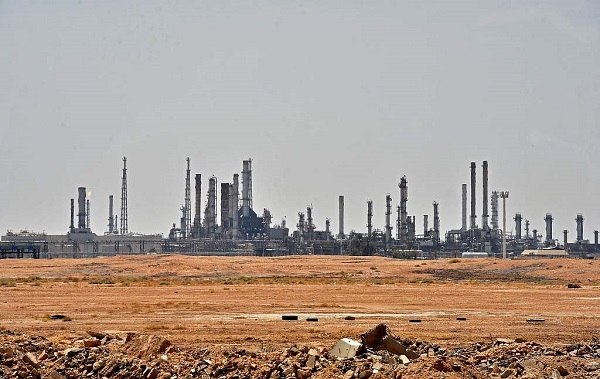 While impact on oil prices is inevitable in the short term, major oil suppliers expressed their confidence in stabilizing oil prices. US Department of Energy (DOE) Press Secretary Shaylyn Hynes said in a statement that the DOE "stands ready to deploy resources from the Strategic Petroleum Oil Reserves ... if necessary to offset any disruptions to oil markets as a result of this act of aggression." Before the attack, the US had already briefly overtaken Saudi Arabia to become the world's top oil exporter, according to the International Energy Agency (IEA).

Moreover, global oil demand has actually been weakening recently. Last week, the Organization of the Petroleum Exporting Countries (OPEC) lowered its forecast for global oil demand due to an economic slowdown. Given the current supply and demand fundamentals, global oil prices will be unlikely to see sustainable increases in the long run. Therefore, the impact of geopolitical factors on the world's crude oil market will be short-lived.

However, the Saudi drone attack will have far-reaching implications for China, the world's largest importer of crude oil.

For starters, China will suffer direct economic losses from the attack, which will be no small sum considering China's huge energy import volume. Statistics from the General Administration of Customs (GAC) showed that in 2018, China imported 462 million tons of crude oil, worth a total of 1.59 trillion yuan ($224.3 billion). This means that even a minor rise in crude oil prices could lead to additional costs in the tens of billions of yuan for China.

The attack may affect Saudi Arabia's oil supply to China, given the latter's huge demand. In June, China's crude oil imports from Saudi Arabia jumped to 7.72 million tons, breaking the previous record of 7.33 million tons that was hit in March, according to GAC data. At present, Saudi Arabia is China's second-largest oil supplier, after Russia.

Most importantly, the "Black Swan" incident underscores the importance of accelerating the pace of China's strategic petroleum reserve (SPR) buildup. As China's huge demand for crude oil is not likely to see any big change in the long run, accelerating the SPR buildup is of great significance to ensure the country's energy security, to reduce oil costs and to support economic development.

The SPR buildup will also be conducive to hedging against the risks of costs and supply caused by some short-term factors on the global oil markets.

In general, an internationally accepted standard for measuring the SPR is that a country should hold a minimum of 90 days of its net imports for its energy supply security, so it can maintain its normal industrial operations while relying on domestic oil storage in case of unexpected incidents.

According to the DOE, the US SPR is currently at about 695 million barrels, which is sufficient to cover "the equivalent of 143 days of import protection."

By comparison, with its dependency on imported crude oil reaching 70 percent, China's SPR is still below the 90-day security line. Some industrial experts and analysts believe that China's current SPR is equivalent to about 50 days of the country's net imports.

Statistics may help provide a glimpse into the buildup progress. During the first eight months of 2019, China imported 9.97 million bpd and produced 3.83 million bpd, while the daily refining volume was 12.5 million bpd, according to data from the National Bureau of Statistics, meaning that about 1.3 million bpd was sent to either commercial reserves or the SPR. According to a medium and long-term plan for the national petroleum reserve, China plans to maintain an SPR equivalent to 100 days of net imports by 2020.

Finally, a multiple-guarantee mechanism is essential for China's oil imports. While strengthening cooperation with a variety of oil-producing countries, China should also expand oil exploration and development. In the meantime, it is also necessary to expand the development of new energy and nuclear energy. After all, only with energy security guaranteed can the country's economy operate in a sustainable and stable way.