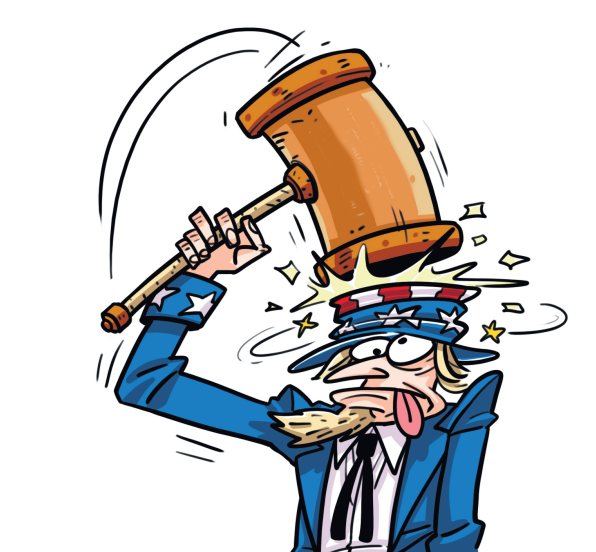 The announcement is totally groundless. It branded some Chinese students in the US as "non-traditional collectors of intellectual property" and even poured dirty water to the People's Liberation Army, with claims which have long been proven false and held by certain stone-minded US politicians only.

Via the suspension, the US is closing the gate of mutual interaction, and curbing the normal academic exchange between scholars of the two countries.

The move will only hurt the US itself because that means it will no longer share wisdom from China brought by Chinese students studying there. The US used to boast of "openness" and called for the exchange of students with developing countries. Actually, it is students from all over the world that contributed to US technological research and its growth during their academic professions in the US. Now US politicians are hurting the interests of their own country, despite opposition from many US scholars.

That in turn arouses suspicion about whether McCarthyism, a zombie of the 1950s in the US, is climbing out of its tomb and casting its shadow over the US again. Some US politicians are increasingly more professional at labeling normal people as "spies", which is further splitting the already deeply divided US society. China is a perfect victim for them because it is the largest developing country and holds a different ideology from the US, and to attack China has been a common trick of certain US politicians.

But such attacks won't hurt China. China has been encouraging academic exchanges with the whole world because we believe openness leads to growth and prosperity of all, while the US seems to be trapped increasingly deep in the mud of close-mindedness and self-centeredness. Time for US politicians to walk out of that mud and see the whole world without bias, or the US will suffer.