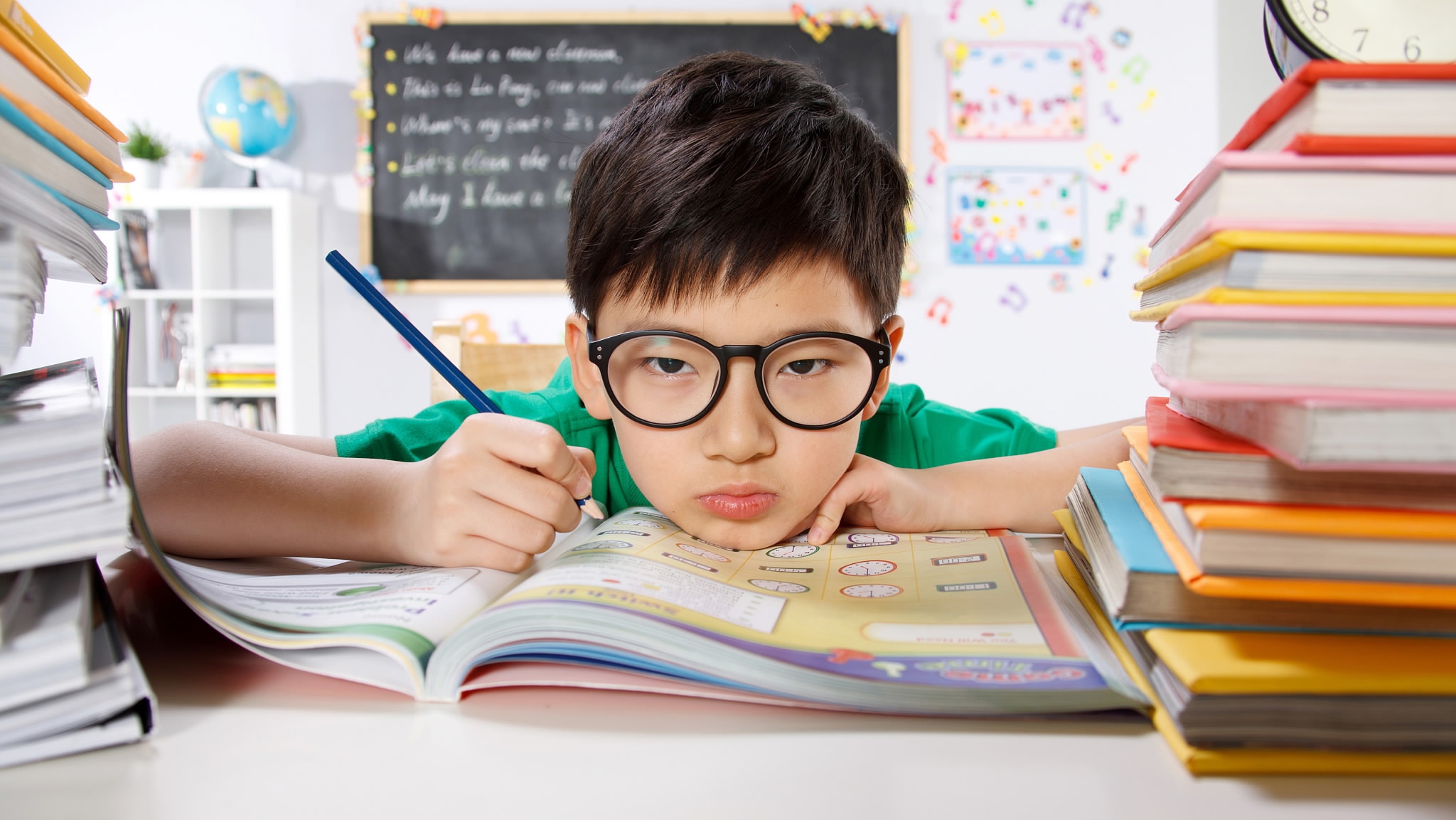 For some, school oscillates between mind-numbing boredom and awkward encounters – in short, a place to be avoided. With the new semester starting soon after Spring Festival ends in China, it seems that this reluctance is playing out for many students.

Don’t make me go there

After the end of a semester and before the next, there are a good number of children with “school refusal disorder,” Dr Zhang Yiwen of Shanghai Children’s Medical Center told The Paper.

Children with the disorder fear and may even detest school, often showing physical symptoms such as headache, nausea and stomachache. A 12-year-old boy in central China sparked online debate back in 2014 when he fainted on a bus on the first day of the school year. He was diagnosed with the disorder after his mother took him to the hospital.

Sometimes, symptoms of anxiety will disappear in as quickly as a day when a child stays home from school.

The condition has been recognized since the 1960s, but skeptics say students who don’t want to go to school are simply truants. However, young people with the disorder are “typically well behaved,” while truants skip school because they want to engage in delinquent behavior, says Nigel Blagg, a psychologist who has written a book on the subject, in an interview with the Guardian.

Some think that the back-to-school blues does not warrant a diagnosis, and having children think they have a disease when it’s just anxiety can be detrimental.

Although school refusal is not listed as a disorder in the current edition of the Diagnostic and Statistical Manual of Mental Disorders (DSM-IV), which mental health professionals use to diagnose patients, it is sometimes considered a result of separation anxiety or some other related disorder.

Professor Wang Guanghai, a child developmental psychologist, told The Paper that school pressure isn’t the only cause, as stress factors from family or school can also trigger symptoms. Overbearing parents or a strict classroom environment can all play roles, he said.

How to deal with it

Singapore’s Institute of Mental Health suggests that parents should first take children with the suspected disorder to a primary care doctor to rule out other medical problems. They should then outline a back-to-school plan and review it with their child to help them anticipate what will happen. Other tips include enforcing a daily routine and remaining assertive as a parent so children won’t be able to negotiate going back to school.

Mental health of children in China

Although China had a late start in psychological outreach, it has made progress. The country passed its first mental health law in 2012, part of which outlines the need for schools to have mental health education and counselors.

Understanding mental disorders is difficult in any country, much less one that is as populous and diverse as China. However, studies published in 2015 show that the prevalence of children with mental disorders in many Chinese cities is on the rise, and some estimates even suggest that close to 20 percent of Chinese children have psychological issues.

The studies' co-authors Zheng Yi and Zheng Xixi said this can be especially daunting in Chinese culture as people often turn to relatives and other non-professionals for help. They also note that in a survey of Chinese and American teachers, Chinese participants were more likely to think that ADHD was due to poor parenting or lack of effort from the child. In essence, for some, particular mental health problems would go away if one just had the will to try.

Whether a child feigns sickness or is actually suffering from debilitating anxiety, the mental health of children is becoming more important as researchers learn more about the psychological nuances of youth.