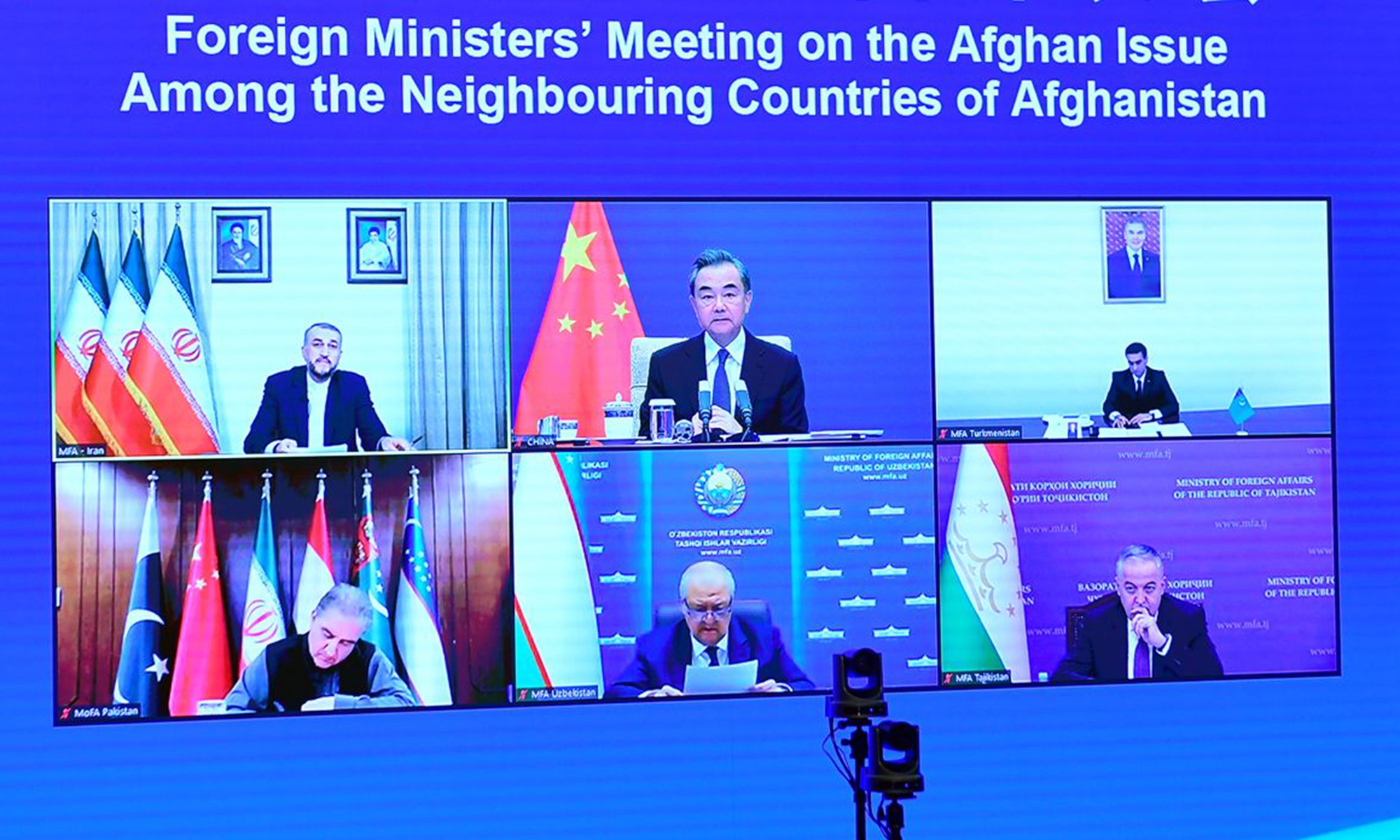 The Shanghai Cooperation Organisation (SCO) summit will take place in Dushanbe, Tajikistan on Thursday and Friday. The Afghan issue is reportedly on the agenda. According to the South China Morning Post on Tuesday, "analysts say the SCO summit will try to reach a consensus on dealing with the Taliban and urge the international community to ease pressure on the group."

It is possible that all SCO member states will form a consensus to urge the Afghan Taliban to establish a more inclusive government and to eliminate extremism and terrorism.

In addition, the SCO member states may hope that the international community can ease sanctions on the Afghan Taliban or provide some humanitarian assistance to the newly announced interim government, including unfreezing the nearly $9.5 billion in assets belonging to the Afghan central bank, which was previously frozen by the Biden administration in August.

It takes funds to establish an inclusive government and to resolve refugee and domestic economic problems. SCO member states may reach a consensus to address this urgent need of Afghanistan.

The SCO is a very important multilateral platform to resolve the Afghan issue. Specifically, four of Afghanistan's six neighboring countries - China, Pakistan, Uzbekistan and Tajikistan - are SCO member states. The other two neighboring countries also have close relationship with the SCO - Iran is an observer state and Turkmenistan is a guest in attendance. Besides, some dialogue partners of the SCO, such as Turkey, also have great concerns on the Afghan issue and can also exert certain influence. Considering the multilateralism it represents and its close geographical ties with Afghanistan, the SCO has a unique advantage to resolve the Afghan issue.

The SCO can play an important role in the Afghan issue because it represents an international voice to express SCO member states' position and concerns about Afghanistan. This is a positive step. It holds the potential to greatly promote the coordinated resolution of the Afghan issue.

The SCO decided to grant Afghanistan the observer status in 2012. In July, the SCO member states agreed to hold a meeting of foreign ministers of SCO-Afghanistan Contact Group. In their joint statement released afterward, it read, "We confirm the readiness of our countries to further deepen cooperation with Afghanistan in the fields of politics, security, economy and humanitarian interaction, including through the fullest realization of the potential of Islamic Republic of Afghanistan's participation in the status of an observer state in the SCO."

Specifically speaking, the SCO member states have different primary concerns about Afghanistan and the Afghan Taliban. For instance, Central Asian countries, such as Uzbekistan and Tajikistan, may pay more attention to the protection of ethnic minorities. China and Russia are more concerned with the eradication of terrorist groups and extremism in Afghanistan. Meanwhile, Pakistan may want to promote the SCO to accept an Afghanistan under the Taliban rule.

The author is an associate professor at the Institute of Middle Eastern Studies, Northwest University. opinion@globaltimes.com.cn