SCO to step up anti-epidemic cooperation, build community of common health for mankind 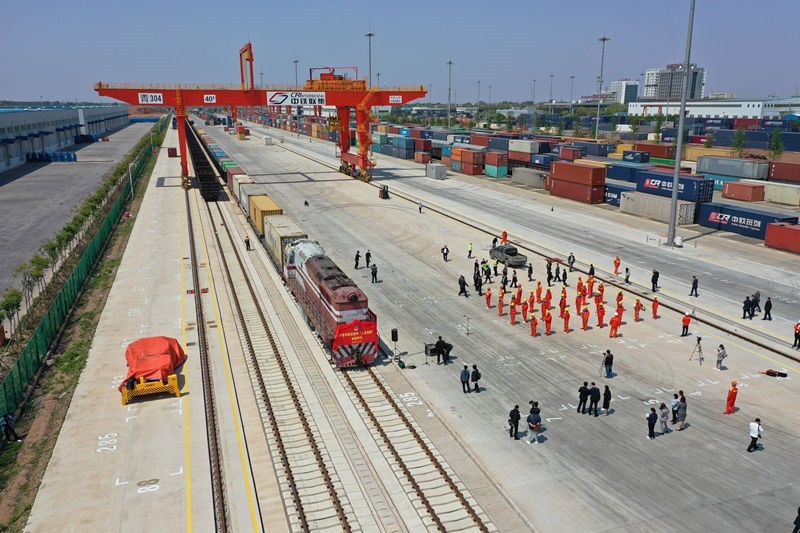 China is calling on Shanghai Cooperation Organization (SCO) member states to consolidate solidarity and mutual trust and deepen cooperation across the board for building a stronger community with a shared future, Chinese President Xi Jinping said.

“In the current circumstances, the SCO is required to carry forward the Shanghai Spirit and deepen solidarity and collaboration. Together, we will contribute more to the stability and development of countries in the region and take more steps toward building a community with a shared future for mankind,” he said.

Based on his in-depth analysis of the international situation, Xi made the remarks when addressing the 20th Meeting of the Council of Heads of State of the Shanghai Cooperation Organization via video link on Nov. 10. Xi’s remarks have injected new impetus into the sustained, healthy and stable development of the SCO in the post-pandemic era.

The COVID-19 pandemic has accelerated shifts in the international landscape. The world is entering a period of turbulence and transformation. The international community now faces a major test with choices to be made between multilateralism and unilateralism, openness and seclusion, cooperation and confrontation.

Against such a background, the SCO summit is particularly of special significance, and has attracted worldwide attention.

Since its founding in 2001, the SCO has maintained a sound and steady growth momentum and blazed a new path of cooperation and development for regional organizations. It has become a comprehensive regional cooperation organization covering the largest area and most population in the world.

The SCO’s actions to further form synergies to beat the pandemic, safeguard security and stability, promote economic recovery, and defend international fairness and justice will concern the development and prosperity of regional countries and the wellbeing of all people, and hold global demonstration significance.

In the face of COVID-19, the SCO member states have backed each other up to tide over the difficulties together, vividly interpreting their good neighborly relations and effectively protecting the lives and health of the people in the region.

At the crucial moment in China’s fight against the epidemic, other SCO member states have extended a helping hand to the country and expressed sympathy and support, leaving many heartwarming stories. The SCO issued a statement to express its support for China’s anti-epidemic efforts.

Similarly, China has sympathized with fellow SCO member states hit by COVID-19 and provided assistance for them to the best of its ability. It has held video conferences with experts to share its practices in epidemic prevention and control, sent medical expert teams and joint working teams, and provided badly-needed medical supplies. All this has strongly supported the response efforts of relevant countries.

Focusing on regular epidemic prevention and control, the SCO member states have also launched collective and coordinated response mechanisms in the border areas. While safeguarding public health security, they have ensured the smooth functioning of regional industrial and supply chains.

Vladimir Norov, secretary-general of the SCO, said the organization has injected positive energy into global anti-pandemic cooperation and made important contributions to the building of a community of common health for mankind.

As a line in the Chinese classics goes, “Those who farm observe the shift of seasons, those who govern follow the change of the world.”

China proposed the signing of the SCO leaders’ statement on joint efforts against the threat of epidemics at the SCO Qingdao Summit in 2018. By building on the achievements and aiming at the long-term goals, the statement is of great practical significance. The implementation of the statement will guide anti-epidemic cooperation.

At this summit, China proposed that hotline contacts be created between SCO members’ centers for disease control for timely updates on cross-border transmission of communicable diseases. It called on the countries to continue to hold the SCO Forum on Traditional Medicine to deepen exchanges and mutual learning in this field. China also said it would actively consider SCO countries’ need for vaccines to help protect people’s safety and health.

Countries in the region have hailed China’s proposals and propositions, believing that they help put the SCO’s health cooperation mechanism into use, deepen exchanges and cooperation in epidemic monitoring, scientific research, and disease control and treatment, push forward the development of a Silk Road of health, and build a community of common health for mankind.

There are a variety of wise sayings in the SCO member states, which reflect local people’s long-term aspiration for solidarity and cooperation.

As a Chinese saying goes, it is easy to break one arrow but hard to break ten arrows bundled together.

There is a Kyrgyz saying that is literally translated as “From solidarity comes our strength for survival.” In Kazakhstan, there is a saying that goes like this: Where there is solidarity, happiness will follow.

At such a critical moment in the world’s battle with COVID-19, the SCO firmly supports the World Health Organization’s crucial leadership role and promotes solidarity and cooperation.

The SCO member states and observers resolutely resist any “political virus”, and stand firm for equity and justice in the world.

The attempts by certain forces to use the epidemic to stigmatize and isolate China will gain no support and are doomed to fail, said Pakistani President Arif Alvi on March 17.

On May 8, Russian President Vladimir Putin said to Xi over the phone that Russia opposes finger-pointing at China by a handful of people under the pretext of the virus and will stand firmly with China in this regard.

The SCO has been working together to combat the COVID-19 epidemic, proving through practices that solidarity and cooperation is the most powerful weapon for defeating the virus.

Only through mutual support, solidarity and cooperation can countries overcome the pandemic and protect the common home of humankind.

It is believed that the SCO will surely bring the “SCO strength” to bear on winning an early victory against the virus and promoting economic recovery, and will contribute its share to the building of a community with a shared future for mankind as long as it holds high the banner of the Shanghai Spirit and forge ahead with strong cooperation as always.