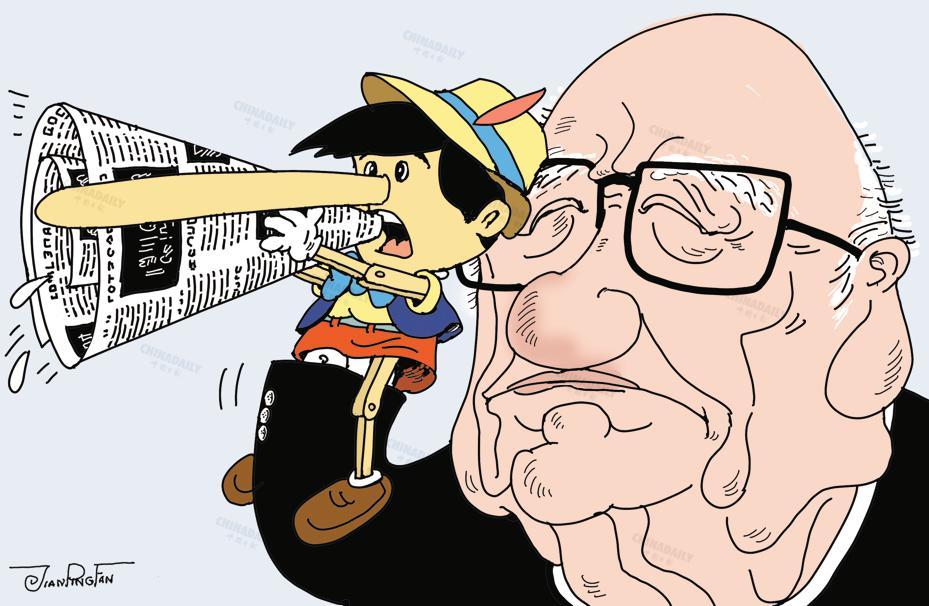 The intelligence agencies of the United States will come up with a report about the origins of the novel coronavirus when the 90-day time limit reaches its deadline in two days. But whether the report will be convincing is open to question.

Origin tracing is a mission that should fall onto the shoulders of scientists. When the majority of scientists around the world believe that the virus most likely jumped to humans from an animal, it is ridiculous for US President Joe Biden to order the intelligence agencies to probe into its origin.

But from another perspective, it is understandable that the administration should do so, because the origin tracing has never been considered by Washington to be a matter of science. Instead, Washington has long regarded it as a political mission.

To be exact, it has long been its mission to make up evidence that can incriminate China's Wuhan Institute of Virology as the source of the virus. To do that, it is natural that the US intelligence agencies should be given the task.

For an investigation that has to "find" evidence to support a conclusion that the Biden administration has already demanded of it, no scientist can do the job because it is not a scientific inquiry.

No one should forget the evidence the US intelligence agencies made up to incriminate Saddam Hussein early this century, trying to convince the world that Iraq had weapons of mass destruction. It was according to that "evidence" that the US launched an invasion into Iraq in 2003.

The evidence proved to be false when US forces failed to find any weapon of mass destruction in Iraq. But the country was ruined and Iraqi people were plunged into endless misery. A sideline product of this invasion was the rise of the Islamic State terrorist organization.

By politicizing the origin-tracing of the virus, Washington intends to divert the world's attention from the bad job it has done in its own containment of the pandemic and from the blame it should take for the rapid spread of the virus worldwide.

But it is wrong for Washington to believe that China can be made the scapegoat. Washington's origin-tracing report will just be a farce, and serve only to further hinder global solidarity against the virus.

The rest of the world is well aware that the US does not care about facts and the truth, and it is only interested in maligning China.