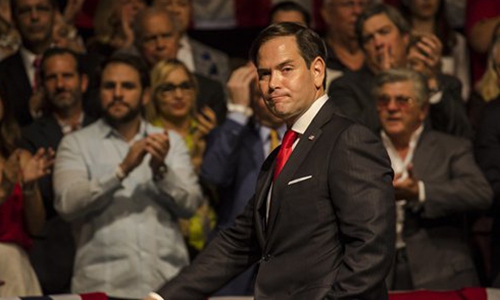 For instance, it stressed that Tibetan ethnic cultures are an integral part of Chinese culture, demanding all local governments to protect, inherit and develop the traditional cultures such as Tibetan opera, Tibetan medicine and thangka painting.

When Rubio accused the legislation of a continued attempt by the Communist Party of China (CPC) to "wipe out Tibetan culture," I wonder whether he had read the text before wantonly launched his ill-intended attack.

Is it wrong to demand local governments in Tibet to enhance ethnic unity by improving public services, strengthening cultural protection and guarantee employment for different ethnic groups? These are normal, reasonable and effective measures that can foster ethnic equality, unity and achieve regional harmony and stability.

All multi-ethnic countries hope to bring their different ethnic groups together and provide them an equal and stable environment for common development. Many Western theorists, politicians and religious leaders know well the importance of building harmony and peaceful coexistence between numerous ethnic groups for a multi-ethnic nation. Pope Francis, during his visit to Thailand in November last year, encouraged Thailand to strive for unity amid diversity. But why has China repeatedly been singled out when it introduced reasonable measures to promote ethnic unity?

Western elites like Rubio don't regard Tibet as part of China. They deliberately turn a blind eye to the tremendous progress Tibet has achieved under the leadership of the CPC, but politicizing policies of Chinese central government in the region. Tibet has been a part of China since ancient times - this is the premise for anyone to talk about Tibet. Without it, any criticism of China concerning Tibet cannot hold water, and one cannot truly understand what has been going on in the region.

Tibet's GDP has grown from 174 million yuan ($25.9 million) in 1959 to more than 160 billion in 2019. The life expectancy of the people in Tibet increased from 35.5 years before 1959 to 68.2 years last year. As a region with more than 40 ethnic minorities, ethnic unity has been basically maintained. There is easy mobility among ethnic groups and intermarriages have become common. How can these be achieved if Tibet were a region ridden by human rights abuses as what some Westerners and media claimed?

Refusing the fact that Tibet is part of China, Rubio-like Westerners have no interest in knowing a real Tibet. No matter how hard they attack China and try to confuse right from wrong, different ethnic groups in Tibet will form a closer bond and the region will become better under the leadership of the CPC.