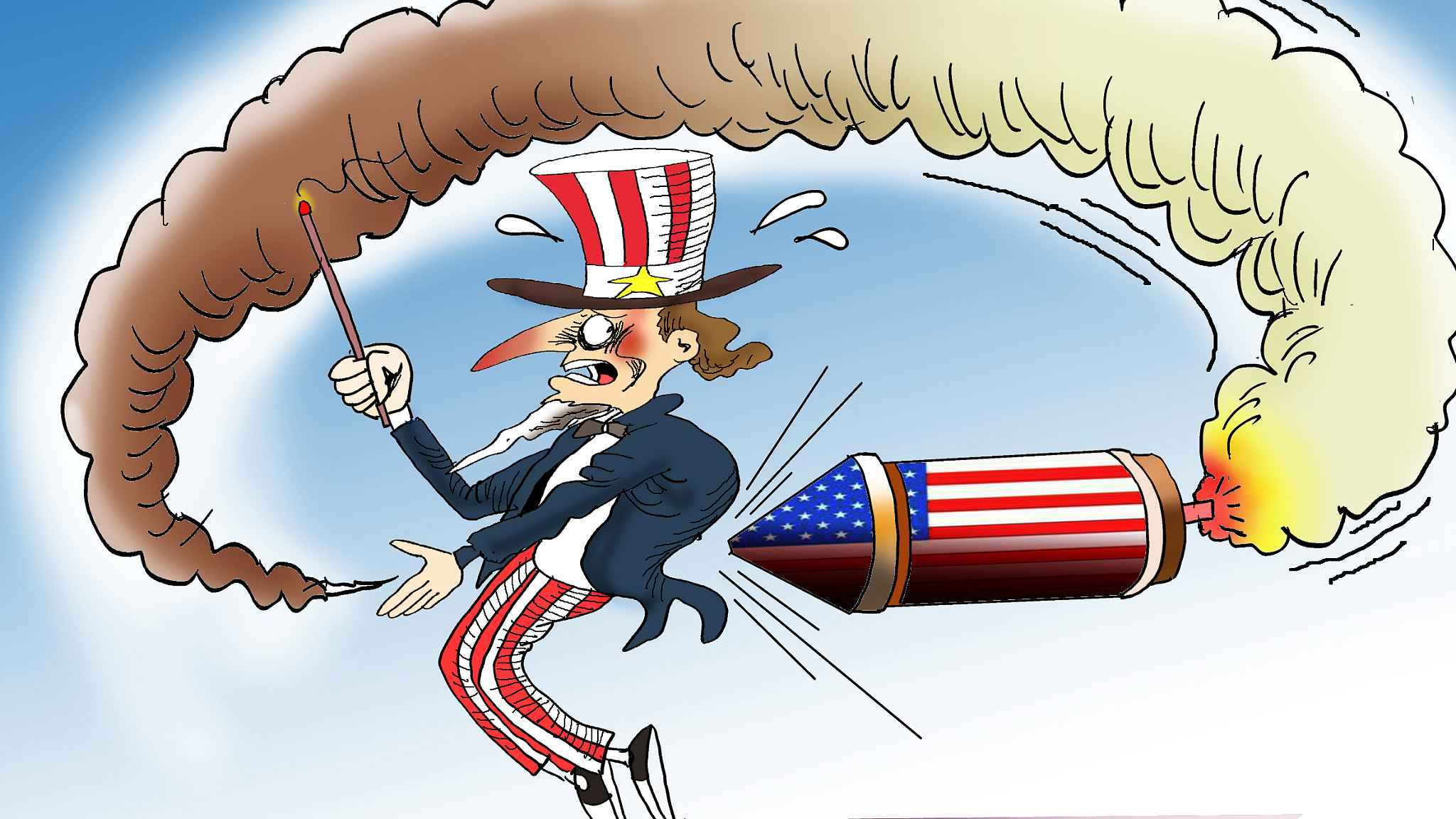 From the initiation of the Section 301 investigation against China to the upped ante of introducing long lists of Chinese goods that are subject to tariffs, Donald Trump’s trade actions have been unpopular with American citizens.

Michael House, the chief Beijing representative of US law firm Perkins Coie, said the recent trade policies taken by the Trump administration are not widely supported in the United States; rather, they are highly controversial among the American people and also among senior US officials.

Mr. House expressed his opinion on the matter at a meeting convened by the China Council for the Promotion of International Trade (CCPIT) and the China Chamber of International Commerce (CCOIC) which brought together representatives of foreign business associations earlier this month.

He also pointed out that after Trump took office in 2017, the new president began to pursue very aggressive and, some would argue, irresponsible trade policies, which represented a “sea-change” in the direction of the established US trade policy over the years under prior administrations.

Mr. House indicated that before Trump was elected in 2016, the US government broadly held the principle of eliminating tariff barriers and supporting free trade for many years.

“Adhering to free trade and eliminating tariff barriers is a core principle that can enhance the well-being of all countries, including China and the United States,” he said.

“However, since President Trump took office in early 2017, we saw a sudden 'sea-change' in the US trade policy, with the Trump administration moving away from the principles that the previous Republican and Democratic administrations had consistently followed to reduce trade barriers."

"On the contrary, we see now that the current administration has opted to take very aggressive and unjust practices that have changed the direction of the established US trade policy over the years.”

Specifically, when it comes to the US trade policy over the last few months, many observers say that it represents an extremely irresponsible way of abusing the US' legal instruments to impose protectionist measures against US imports from China and other trading partners.

Mr. House pointed out that the US government’s practice of invoking Section 232 and Section 301 investigations means the country is going backward rather than advancing free trade.

Trump’s behavior is not in the interest of American enterprises

In response to the unpopular trade policies of the Trump administration, there is also a desire for avoiding any further damage being dealt to the US.

Mr. House said that there are also some countermeasures available in the US; at least some people want to seek some better ways to restrict the damage.

Over the past few weeks, some members of the US Congress proposed a restriction on the President's power to invoke a Section 232 investigation and asked the President to seek congressional consent before taking these measures, reflecting the different views on trade policy between the President and many in the Congress.

Mr. House was referring to the incident in early June when several Democratic and Republican senators in the Congress jointly proposed a bill that would require the President to seek the approval of the Congress before imposing tariffs on imported products on grounds of national security.

Senator Corker said in a statement that the Trump administration is abusing the presidential power authorized by the Congress under Section 232 by portraying an economic problem as a threat to national security, which not only damages the relationship between the US and its allies but also invokes countermeasures by its competitors.

Senator Flake said that the tariff measures proposed by the Trump administration have had a negative impact on American enterprises and workers, and he urged congressmen to fast-track the legislation to prevent the ill-considered protectionist measures.

However, Trump will surely oppose the bill, and overriding the President's veto requires a two-thirds majority vote in the Senate and the House. Many Republican congressmen considering the upcoming election are reluctant to publicly challenge Trump before the mid-term congressional elections this fall.

Mr. House said, “Now a question to ask is, what is the most effective way to end the US government's current measures?”

“It is not an easy question”, he said, “and a hybrid solution may be needed. For example, all countries must still adhere to their obligations under the WTO agreement, and, in the meantime, they need to show the American business community that if they allow the US government to continue such aggressive and unconstructive actions, it will also harm their own interests.”

“In the long run, I believe American businesses and the American people will see this,” Mr. House added.

On July 2, 2018, a report released by the US Chamber of Commerce pointed out that the tax imposed by the US government on imported goods in fact ends up as a tax on American consumers and enterprises that makes them pay more for daily necessities and raw materials, while the retaliatory tariffs against the US by other economies will lead to higher prices and lower sales of American exports, eventually resulting in a decrease in US domestic employment.

In fact, with China’s position as an important supporter and participant of economic globalization and the global industrial chain, many of its exports are produced by foreign enterprises operating in China.

According to an analysis, over half of the 34 billion US dollars’ worth of products subject to tariffs are produced by foreign enterprises in China, many of which are American enterprises.