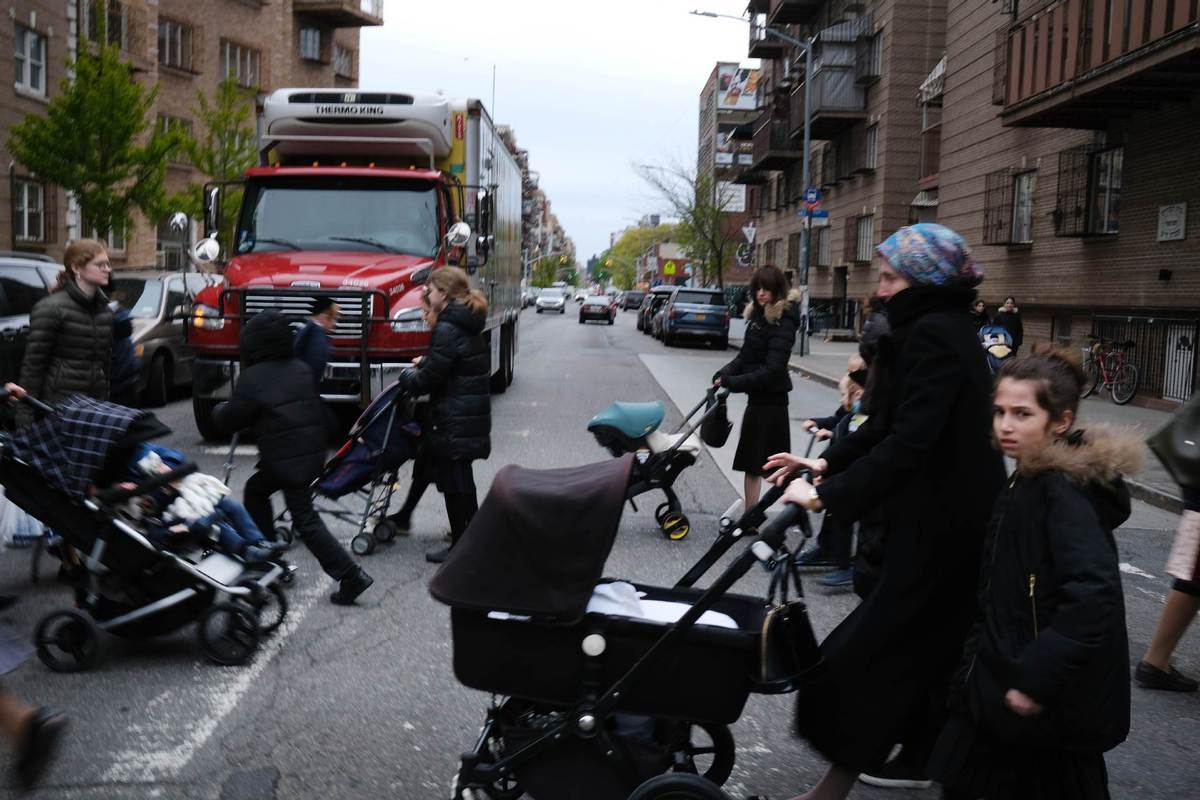 People walk through a Hasidic neighborhood on April 29, 2020 in the Brooklyn borough of New York City. (Photo: Agencies)

The United States tops the list of deaths and confirmed cases in the novel coronavirus pandemic. And US citizens are angry at the failure of the administration to contain the pandemic. That White House whistleblower Rick Bright said on Thursday that he was removed as director of the Biomedical Advanced Research and Development Authority because he raised the alarm on the coronavirus early this year is just one example of the administration's mishandling of the health crisis.

To divert the public attention from its failure, the US administration keeps trying to find a scapegoat, and therefore has been blaming China for the outbreak, claiming the novel coronavirus leaked from a laboratory in Wuhan, Hubei province.

But many scientists and authoritative articles, including one in The Lancet, a British medical journal, have asserted that the virus originated in nature. More important, on April 30, the US' top intelligence agency, Office of the Director of National Intelligence, issued a statement saying the intelligence community concurs with the global scientific consensus that the virus is not man-made or genetically modified.

On Jan 20, Chinese epidemiologist Zhong Nanshan said during a TV interview that human-to-human transmission of the novel coronavirus was possible. And on Jan 23, China locked down Wuhan, followed by the entire Hubei province a few days later. Shouldn't the US have heeded these warning signs?

The US administration even ignored the warnings issued by the World Health Organization since January, and instead has accused it of favoring China. By doing so, the US is violating the principles of international relations and relevant international laws, at a time when it ought to take stringent measures to protect its people from the virus, the common enemy of humankind.

US President Donald Trump declared a national emergency only on March 13, losing 54 precious days since Zhong's warning on Jan 20, to contain the outbreak as it grossly underestimated the fatal impact of the virus. Even when it suspended all direct China-US flights in early February, Washington did not pay much attention to other virus hot spots still connected to the US through air services.

As The New York Times reported on April 8, a previously less-known spread of the virus in New York "might have been detected if aggressive testing programs had been put in place".

Besides, the US administration and media outlets were busy focusing on the impeachment proceedings against the president until Feb 5 when the Senate acquitted him of two impeachment charges. Not to mention that the White House and top US infectious disease experts expressed different, even contradictory views on the measures to be taken to fight the coronavirus.

The White House is still taking unilateral decisions, ignoring experts' advice, to restore the economy. For instance, on Wednesday, Trump described as "not acceptable" a warning by Anthony Fauci, director of the National Institute of Allergy and Infectious Diseases, about the risks of reopening the economy and schools too soon.

The loss of even one life to the virus is a tragedy. And we mourn the deaths of more than 80,000 people in the US in the outbreak. But it's a pity that the White House is still hell-bent of blaming China for the high rate of infections and deaths in the US to cover up its own failures. It's time the US faced the facts and fulfilled its due responsibilities of containing the disease, in order to prevent more deaths, instead of continuing to play the blame game, which will not yield any results.

The author is a professor at the Institute of International Studies, Fudan University. The views don't necessarily represent those of China Daily.