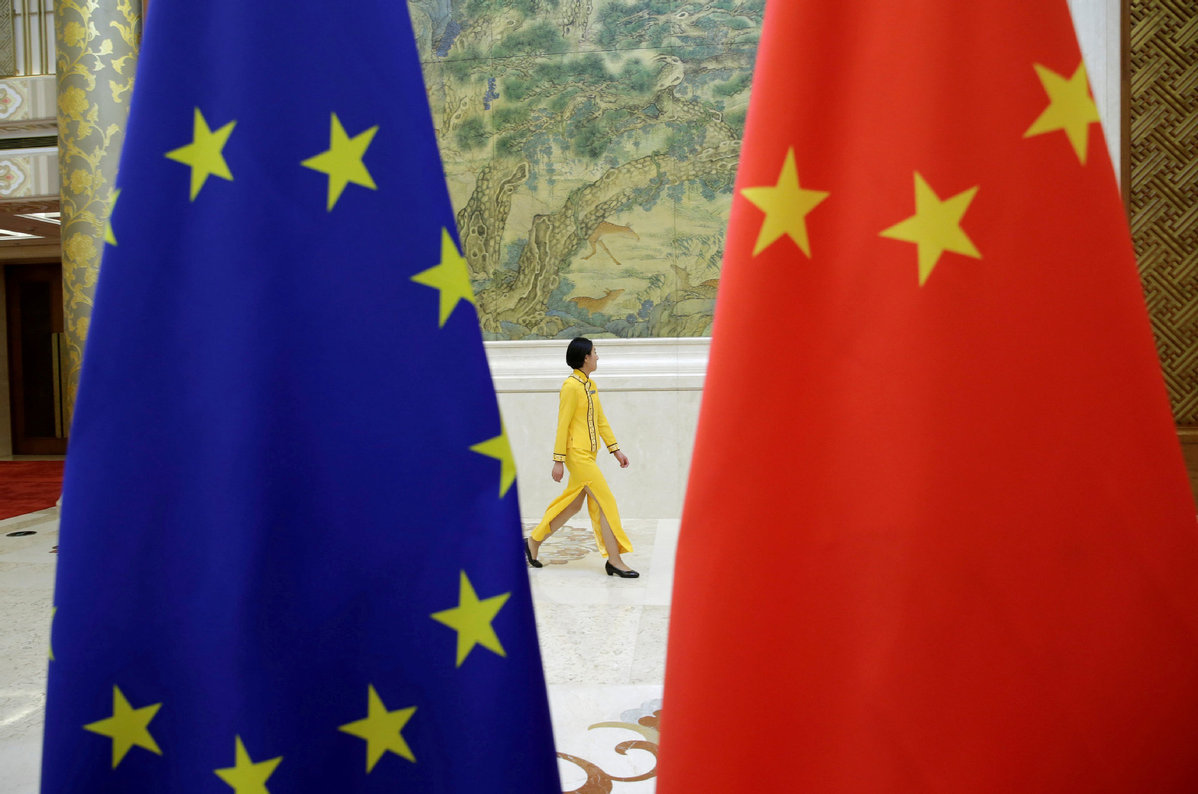 First, China should advance high-level opening-up to cope with the inherent certainties and uncertainties of economic globalization, by prioritizing trade in services. In fact, China has already taken measures to switch focus from trade in goods to trade in services. As a result, from 2014 to 2019, service trade increased from 3.7 trillion yuan ($542.21 billion) to 5.4 trillion yuan, with its share in the total increasing from 12.3 percent to 14.6 percent.

From goods and production factors to institutional opening-up, the shift signifies China's high-level opening-up, as it aims to integrate domestic and international rules, regulations, standards and management practices. For example, China has shortened its negative list for market access year by year. In 2020, the number of items on the negative list was reduced to 33, and that for pilot free trade zones to 30.

On June 1 this year, China announced it would develop Hainan into a free trade port, comparable to the world's best free ports, in order to set up a new platform for opening-up, facilitate trade and investment liberalization, and implement policies of "zero tariff, low tax rates and a streamlined tax system", while exploring administrative, legislative and judicial arrangements to promote highest-level opening-up through "integrated institutional innovation".

For China, promoting multilateral and bilateral free trade is a major task. China attaches great importance to economic and trade cooperation with the EU and, accordingly, it has been trying to finalize the China-EU investment agreement.

"Dual circulation" is based on the analysis that China's economic upgrading and transformation will release the huge potential of domestic demand. For example, estimates suggest that in the next 10-15 years, the share of China's service sector in GDP will increase by at least 10 percent, the share of producer services in the entire service sector by 20-30 percent, and that of service consumption in the total by 10-15 percent.

Also, by 2035 urban and rural residents' service consumption is expected to increase to around 60 percent of their total consumption, and China's urbanization rate in terms of permanent urban residents will increase by 10-15 percent with the percentage of residents with urban hukou (household registration) rising by 20-25 percentage points.

Yet the fact that China will follow the "dual circulation" development pattern does not mean it will resort to closed-door operations. On the contrary, China is making tremendous efforts to integrate domestic and global market rules and standards, so the domestic market can better adapt to the changes in the international market and its internal and external circulations further integrate.

More important, "dual circulation" does not mean government dominance; instead, it means deeper market-oriented reforms and allowing the market to play a bigger role in resource allocation.

And third, high-level opening-up and "dual circulation" will create a bigger space for Sino-EU economic cooperation, especially because rising Chinese consumption has become an important facilitator of Sino-EU economic cooperation. In the next five-ten years, China's service consumption is expected to increase 10-15 percent. In the first eight months of this year, for instance, China's online retail saw a 9.5 percent year-on-year growth－of which online retail of tangible commodities grew 15.8 percent, accounting for 24.6 percent of the total retail sales of consumer goods.

Since China's huge service consumption potential is to the advantage of the EU, as it can provide such services as R&D, finance, medical care and vocational education. So the market space for EU companies in China is expected to expand further.

And to further develop its service trade, China needs to deepen economic and trade cooperation with the EU. The greatest potential of China-EU economic cooperation lies in service trade. In 2019, China's service trade accounted for 14.6 percent of its total international trade, 9.2 percent less than the global average.

Also, the rapid growth of China's digital economy has boosted Sino-EU economic cooperation. In 2018, the digital economy accounted for 32.9 percent of China's GDP. Estimates show China's digital trade will soar to 37 trillion yuan in 2030, that is, 11 times the current volume. If China and the EU forge a digital partnership, mutually expediting the opening up of their digital sectors and jointly working to build a global mechanism to promote digital economy, they would not only further deepen cooperation but also develop a new driver of global growth.

To sum up, since high-level opening-up and "dual circulation" are good for China-EU economic and trade cooperation, China and the EU should jointly initiate free trade in services, including information and communications technology, education, healthcare, culture, and environmental protection; and forge new platforms for economic cooperation, for example, by introducing EU service standards to Hainan free trade port in order to build it into a new platform for high-level service trade.

The author is president of China Institute for Reform and Development.