Sex abuse of minors gets attention 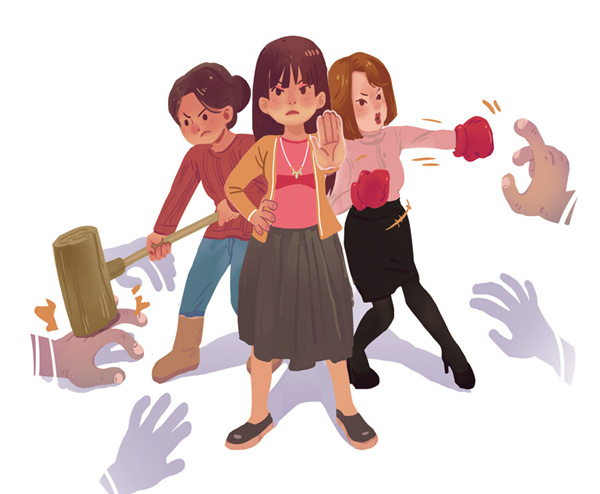 Chinese prosecutors have taken more than 4,100 people to court for alleged sexual abuse of juveniles in the past three months in an intensified effort to protect minors, China's top procuratorate said.

From January to March, prosecutors across the country charged a total of 4,151 people with crimes related to the sexual assault of minors, up 2.2 percent year-on-year, according to a report released by the Supreme People's Procuratorate on Wednesday.

The sexual abuse of children has received more attention from the SPP, a result of public outrage triggered by several such cases over the past few years, and has become a top priority for prosecutors nationwide to crack down on.

On Monday, for example, the SPP and the Ministry of Public Security dispatched a joint team to Shandong province to supervise the investigation of a high-profile case in which a former company executive is suspected of sexually assaulting his "adopted" daughter.

In addition, cases involving harm to juveniles, including trafficking and molestation, have been on the rise in recent years because of loopholes in school management and lax parental supervision, the SPP said, adding crimes committed by minors, such as robbery, theft and intentional injury, have also happened frequently.

According to the SPP's report, more than 12,000 people have been charged with crimes involving minors from January to March, of whom some 6,200 were juvenile suspects.

The SPP said it has conducted a great deal of social research into such offenses and has provided lectures to children to enhance their self-protection awareness.

To better protect the rights of young victims and perpetrators, the SPP called for educational institutes to prevent children from being abused and harmed in schools and urged authorities to focus more on crimes committed by youngsters.

"Considering the frequency of cases in which children were assaulted or trafficked, we've worked with schools to jointly prevent and punish crimes against minors by establishing a database of sex offenders and a relevant inquiry and restriction mechanism for candidates seeking jobs related to minors," Shi Weizhong, head of the new department, said in December.

With the construction of a mandatory reporting system of such crimes and an online platform for handling affairs regarding such offenses, "we've also demanded all prosecutors increase legal education on campuses to boost children's self-protection capabilities and jointly intensify inspections in entertainment places and cyberspace," he added.