On the night of June 5, former U.S President Donald Trump gave a speech to the North Carolina Republican Party. 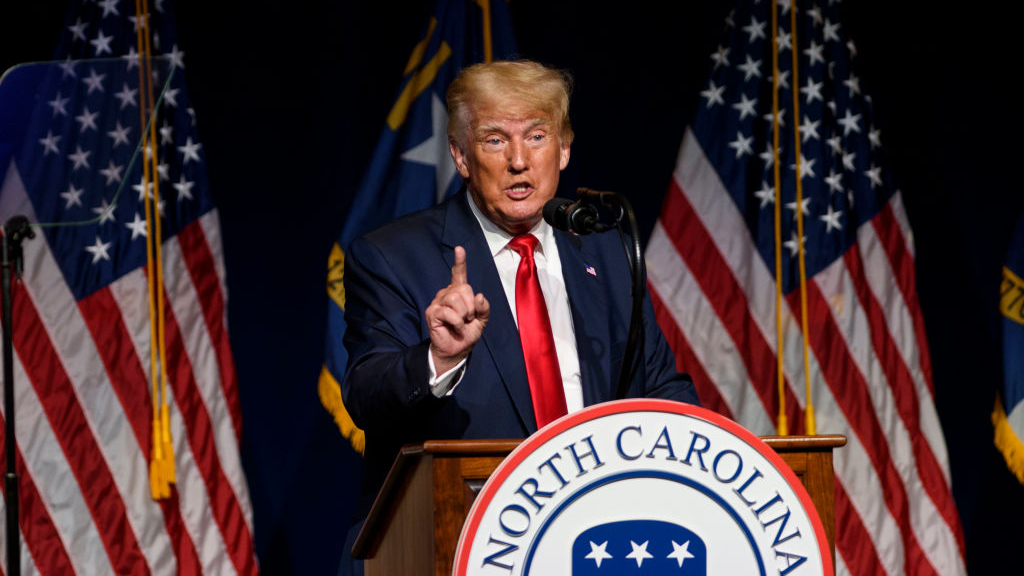 Despite having been largely banned from Western major social media outlets, Trump made headlines in lambasting the 2020 election result as "the crime of the century" and claiming that the results were rigged with the Democrats "bribing" Native American "Indians" to vote against him. He also took aim at China, proliferating blame over COVID-19, pushing the laboratory leak theory and demanding they pay "$10 trillion" in reparations. CNN described his speech as a bid to pitch himself as the "kingmaker" for upcoming Republican primaries and elections.

In some ways, Donald Trump may appear to be yesterday's man, defeated and deplatformed, seemingly irrelevant, an annoyance at best. In other ways, however, his shadow still looms large over America and continues to destabilize the political system in profound ways.

When the Joe Biden administration was inaugurated in January, a great deal of liberal political commentators expressed hope that Trump's legacy would be swept under the carpet and this was further heralded by the new president's statement that "America is back" – a return to values, a return to normalcy, a return to decency. His predecessor would be ultimately a bad memory and stain on U.S. history, a mistake to be learnt from.

However, the failure of Trump to be disgraced following the events of January 6 and the seeming indifference of many areas of American society to those events is a sordid reminder that his ideology is not on its last legs.

There was no true reset, and Biden is not the one to do so. He is of course, not Trump, neither as a person or in terms of what he believes, yet it would be equally misleading to call him a decisive break from Trump and little he has done suggests such. 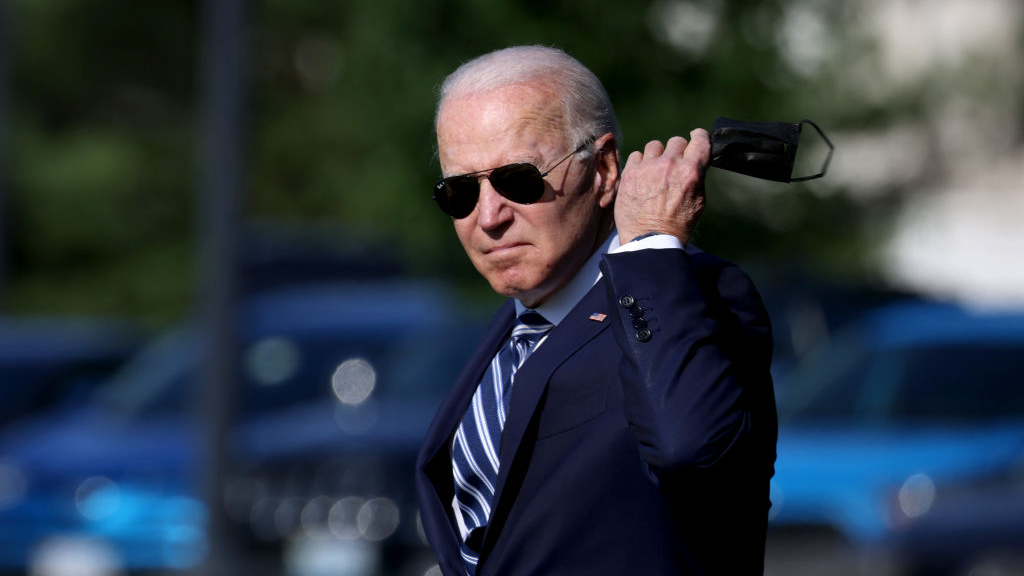 U.S. President Joe Biden removes his face mask as he walks to Marine One for a departure from the Ellipse near the White House in Washington, D.C., May 19, 2021. (Photo: Getty)

A middle of the way politician, the incumbent president is not a radical and has not in nearly five months in office illustrated the political will or ambition to disavow and challenge the Trumpian legacy at large.

Instead, he has allowed himself to be bound by it and pragmatically accept it in a kinder, more tolerable way. He has rebranded it, but not confronted it. For example, he has largely embraced the Trumpian agenda on China wholeheartedly and has little political space to manoeuvre on the fear of being perceived as "weak."

This attitude has led him to be easily "boxed" in by Trumpian conspiracy theories such as the Wuhan laboratory leak, his capitulation to it illustrating how the sentiments of the former president continue to be a driving force of American politics and a constant source of instability both at home and regarding its relationship with the rest of the world.

This shows that although Trump is personally weakened and may never hold presidential office again, his legacy, the political sentiment he has created lives on unabated.

It is bruised, but not defeated, hindered but not incapacitated. It has amplified the worst aspects of American politics into an unappetizing new normal, making a country laden with post-truth attitudes, disinformation, deflection and conspiracy theories, all of which plays into the chronic identity conflict which enabled his rise in the first place. His call to scapegoat China for the nation's woes and ignition of pure hatred against it in office is reminiscent of the rhetoric in 1930s Germany.

The new presidency has not shown the initiative or imagination to be able to defeat it, and will, like Hillary Clinton and Barack Obama, risk succumbing to its narratives. In this case, the former president's speech in North Carolina on Saturday is a rude awakening to many that the challenge posed to American democracy by the Trumpian movement lives on.