Shanghai student who exposed teacher's mistake on Nanjing Massacre not 'informant,' but 'whistleblower' 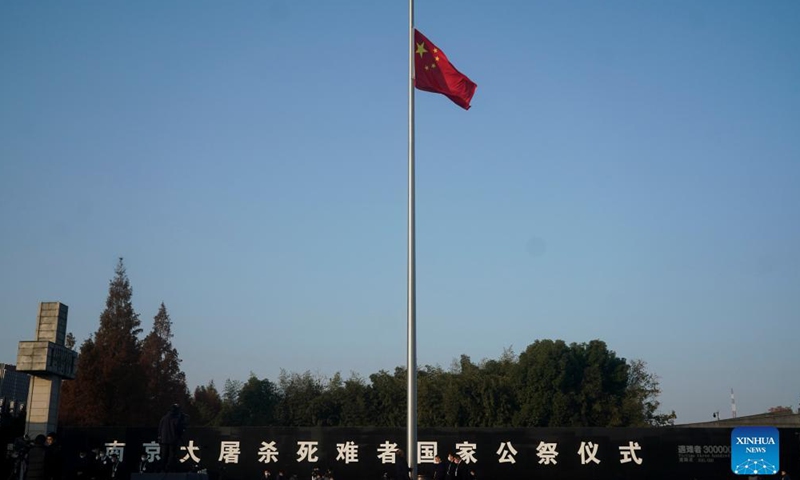 A teacher surnamed Song from the Oriental Film School at Aurora College in Shanghai during class questioned the casualty figures sustained during the Nanjing Massacre. A video of the incident was recorded by a student and posted online, and has since triggered heated debate. Following an investigation by the college, Song was fired.

Regardless of the video uploaded by the student and the "full" version, core facts of the matter is clear: Song openly questioned the number of casualties of the Nanjing Massacre during class. She presented two arguments. For one, she said there are several versions of the number of compatriots killed in the Nanjing Massacre, and the figure of 300,000 was "selected by Chinese historians after the establishment of People's Republic of China." For another, the then Chinese government led by Kuomintang (KMT) did not count the number of victims according to their ID cards. In contrast, the names of Jews killed in Nazi German concentration camps during World War II were recorded.

Experts from relevant professional organizations solemnly clarified and refuted the remarks by Song. First, the number of "more than 300,000" came from the verdicts of the International Military Tribunal for the Far East and the Nanjing War Crimes Tribunal after the World War II, with legal standing. Second, the work of conducting household checks and registration of the population across the country, and issuing ID cards to the people was not carried out even until the end of KMT's rule in the Chinese mainland. In terms of the number of victims of the Holocaust, it is the result of comprehensive estimates based on Nazi statistics and demographic statistics of every European country, but it's still not possible to record names of every murdered jew. It can be concluded that Song lacks any respect and knowledge of history, and her spreading of her absurd ideas as a teacher compound her mistakes

In Germany, those publicly questioning the facts of the Holocaust can be sent into jail in serious cases. In the US, a teacher trampled on a US flag during class on free speech, but was fired when the school board made unanimous decision. Obviously, the number of people murdered in the Nanjing Massacre is not a purely academic matter. It should be noted that the attempt to shake the historical verdict on the atrocity of aggression with some minor and specious so-called facts is exactly what the Japanese right-wing forces have been sparing no effort to achieve for years.

When it comes to whether the student who posted the video is a despicable "informant," we believe that using the word "informant" in the regard to safeguarding historical truth and national justice is a straw man. Song made her remarks in public rather than in a private setting, and the student did not report the comments through some secret channel. The student's practice cannot be considered that of an "informant," nor a false accusation, but the open presentation of facts. From this perspective, this student is not a shameful "informant," but rather a "whistleblower" against historical nihilism.