OPINIONS Should parents push children to take up extracurricular classes?

Should parents push children to take up extracurricular classes?

Editor's note: Chinese parents are known for placing really high expectations on their children. They are often willing to pay a lot of money for different extracurricular classes for their kids' academic excellence. A grade 5 pupil in Hangzhou is reportedly to take 10 extracurricular training classes each week. Forum readers share their opinions.

Encourage them to have interests outside of school, but never force them - they will only resent you later, and not enjoy the activity that you pushed them into.

A new-born child has a natural desire to learn and experience new things. Nurture that aspect when they are babies, and it will remain with them for life, suppress it (spoil them, do everything for them), and they will depend on you to push them into everything.

If they want to take the classes it's a great idea. If they don't want to or aren't interested why bother? As the old saying goes: you can lead a horse to water but you can't make him drink. 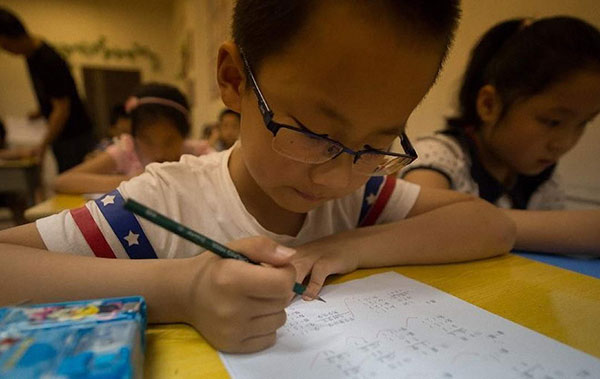 A student from a primary school in Nanjing, Jiangsu province, practices for the aoshu, or math Olympiad, during a class in July 2014.[Photo/Xinhua]

Extracurricular activities, yes, but only if the child shows interest in it (but you should not let the child drop the class after one or two lessons if he/she said he/she wants to attend, then he/she has to understand the meaning of commitment).The question you ask yourself is do you want your child to be made of the same mould than every other child or do you want your child to develop his/her own personality? A boy competes in a golf match for children in Zhengzhou, Henan province, on April 19, 2014. [Photo/CFP]

Most children don't know what is good for them so they have to be encouraged to take an interest to develop skills later in life to be a good member of society. Children have to be forced to do what they don't like, my daughter hated study I punished her if she did not students, she is first year medical student, she understands hard work gives results. 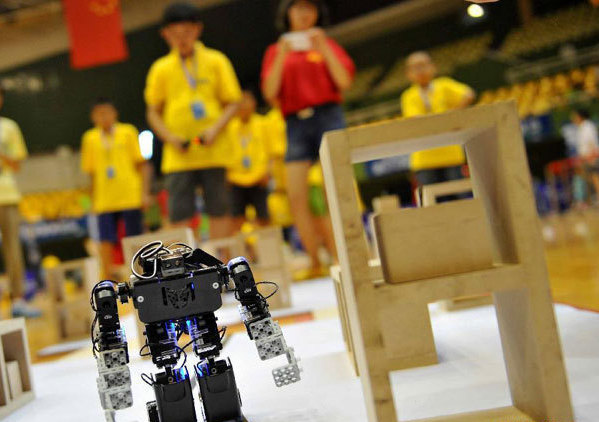 A robot takes part in an object-lifting game during a regional qualification match for the 16th World Robot Olympiad (WRO) in Beijing, capital of China, Aug 21, 2014. [Photo/Xinhua]

I work at an English training school where kids sometimes spend 4 hours a day on Saturday or Sunday to learn English. There are children who come to my class in the morning, then music and martial arts afterwards, amounting to a very long day of work for children. While I do agree that children should be encouraged to improve themselves or learn new things, if it were me spending 8 hours of my Saturday in training school I would go crazy. 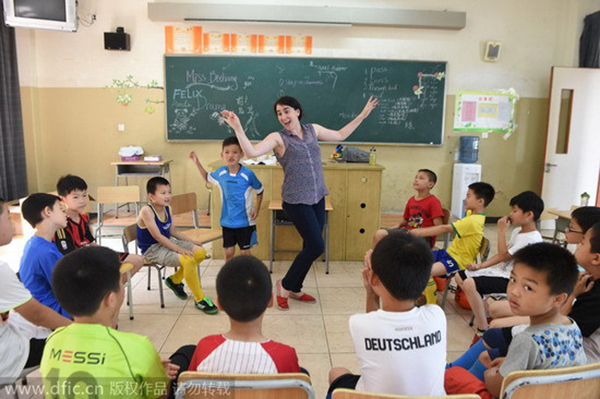 A foreign teacher interacts with her students at an English training center in Hangzhou on July 8, 2014.[Photo/IC]

Kids almost don't know what they can do or interest, the parents must force them to learn something. But the parents must follow up their kids' learning status and summarize the feedback to ensure the kids can find their advantage and interest years later. 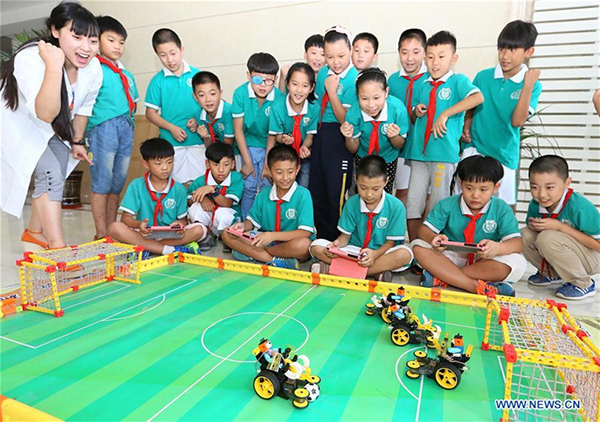