OPINIONS Significance of Belt and Road Initiative to Nigeria, Africa

Significance of Belt and Road Initiative to Nigeria, Africa

Since Nigeria became a member of the Belt and Road Initiative (BRI) at a summit in Beijing in 2018, Africa’s largest economy and most populous nation has recorded tremendous success in its development. 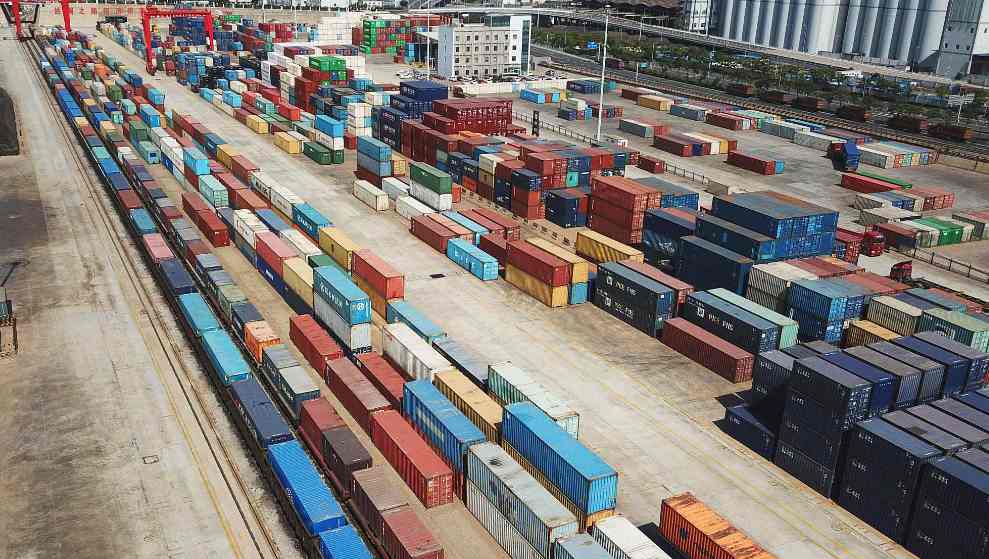 The BRI is a Chinese proposal to build a Silk Road Economic Belt and 21st Century Maritime Silk Road in cooperation with other countries. It was unveiled by President Xi Jinping during his visit to Central and Southern Asia in 2013.

The BRI focuses on promoting policy coordination, connectivity of infrastructure and facilities, unimpeded trade, financial integration and closer people-to-people ties through a consultative process and joint efforts with the goal of bringing benefits to all.

As of November 2019, 137 countries including 26 European countries have signed Belt and Road cooperation agreements with China, including Nigeria.

Meanwhile, the initiative and its core concepts have been incorporated into the G20, the Asia-Pacific Economic Cooperation group, and the Shanghai Cooperation Organization. The BRI has become an important platform for achieving the UN’s 2030 Agenda for Sustainable Development.

China believes that Africa is part of the historical and natural extension of the initiative. The declaration of the Forum on China and Africa Cooperation (FOCAC) 2018 at the Beijing Summit and its 2019-2021 African Plan states that Africa is an important partner in BRI cooperation.

It was at the recent FOCAC Summit and the Seventh Ministerial Conference of FOCAC that China and Africa were encouraged by the comprehensive and effective implementation of the ten cooperation plans and the follow-up action of the FOCAC Johannesburg Action Plan (2016-2018) and decided to, in the spirit of the Beijing declaration, advance toward an even stronger China-Africa community with a shared future in order to jointly advance Belt and Road cooperation.

Nigeria is among the 44 African countries that have signed the memorandum of understanding with Beijing, in furtherance of the BRI partnership. The African Union as an entity has also become part of the initiative.

According to Charles Onunaiju, director of the Center for China Studies in Nigeria, Nigeria has already started witnessing an early harvest of benefits from the Belt and Road process, and this is demonstrated in a recent photo exhibition showing vital infrastructure and industrial projects carried out by Chinese companies in Nigeria under the BRI.

The BRI was initially concentrated in East Africa where Beijing was developing multi-billion dollar mega infrastructure projects in Kenya (Nairobi–Mombasa standard gauge rail line), Ethiopia (Addis–Djibouti standard rail line) and the TAZARA railway linking the port city of Dar el Salam in Tanzania with the town of Kapiri Mposhi in Zambia’s central province. Nonetheless, Nigeria has had its fair share of infrastructure projects over the years as  the government is rapidly engaging the Chinese.

Among the many finished projects and ongoing ones in Nigeria are:

Infrastructure development by the Chinese in partnership with the Nigerian government has been making an impact on the lives of many Nigerians. For instance the Kaduna to Abuja rail service that was flagged off in 2016 has created major transportation channel from the capital city to the industrial and metropolitan city of Kaduna.

Similarly, some dozens Chinese enterprises of different scales are almost in every state of Nigeria thriving and contributing to the economy of those states and Nigeria in general.

According Charge d’Affaires of the Embassy of People’s Republic of China in Nigeria Zhao Yong, trade volume between Nigeria and China has soared to $15.3 billion in 2018; 10.8% higher than in 2017. Yong said this at a “Belt and Road” event, the Nigeria and China Economic and Trade Forum held in Abuja in April 2019.

Accordingly, Li Xuda, Chinese embassy cultural attaché and director of the China Cultural Center, recently had a celebration to mark 1,000 days safe operations of the Abuja–Kaduna rail service. Li expressed gratitude to the Nigerian government and Nigeria Railway corporations for the smooth relationship and cooperation between Nigeria and China on the BRI. Li, who represented the embassy on the occasion, added that Nigeria and China can move closer to promote mutually beneficially cooperation for common development.

Meanwhile, against the backdrop of rising protectionism and unilateralism, trade between China and African countries continues to grow significantly, testifying to the deepening economic relations between the two, African experts and officials have said.

According to statistics from the China Customs Administration, trade volume between China and Africa soared from $10.6 billion in the year 2000 to $204.2  billion in 2018.

In the same vein, the Export-Import Bank of China (China Exim Bank) has so far funded over 600 billion yuan in projects in more than 40 African countries who are mostly Belt and Road Initiative partners. The funding was mainly to support major projects with prominent economic and social benefits to Africa, the bank said. China Exim Bank is a state-funded and state-owned bank dedicated to supporting China’s foreign trade, investment and international economic cooperation.

President Xi, on describing how important and strategic the relationship between China and Africa has become, pointed out that no matter how the international situation changes and despite the interference of certain powers, the original aspirations of China and Africa for win-win cooperation and common development will stay unchanged and the resolve to jointly build a closer community with a shared future will not waver. Xi said this when he met some African leaders on the sideline of G20 summit in Osaka, Japan, last year.

It is not surprising that in an effort to sustain and maintain such cooperation, over the years, Chinese foreign ministers made it a duty to visit Africa at the beginning of every new year. In fact, this year marks the 30th since foreign minister Qian Qichen started the diplomatic shuttle with a maiden tour in 1990 to four African countries; these included Ethiopia, Uganda, Kenya and Tanzania.

The very idea for such visits, according Foreign Minister Qian, was because China believes that economies around the world were becoming more independent especially after the end of cold war and Africa as a big group of countries in the United Nations family represents an important force in international affairs.

Expectedly, this year (2020) the tradition continues with the visit by Foreign Minister Wang Yi to Egypt, Djibouti, Eritrea Burundi and Zimbabwe from 7-13 January; and coincidentally, this year too marks 20th anniversary of the establishment of Forum on China-Africa Cooperation (FOCAC).

During his visit to the continent, Wang Yi began with Egypt, where he promised to help the country combat extremism.

In Djibouti, the Chinese Foreign Minister said China is willing to view relations with Djibouti from a strategic, long term perspective and deepen political mutual trust. He reiterated that the two countries should build “Belt and Road” together, vigorously promote bilateral pragmatic cooperation, and push China-Djibouti strategic partnership to a new level.

In Zimbabwe, China has increasingly broadened its ties to include the construction of a new parliament building estimated to cost more than $100 million. China also provides humanitarian assistance such as food items as well as technical assistance during natural disasters.

While in Burundi, the Chinese foreign minister assured President Pierre Nkurunziza of continued support in areas such as education, energy, and agriculture, China is also constructing a new statehouse building for the country.

Indeed, there is and there is going to be tremendous achievements for the over 40  member countries of the BRI as the initiative represents an authentic attempt by the world’s second-largest economy to practice a new kind of diplomacy based on inclusiveness, equal opportunity, and respect for the diversity of cultures and political systems.