Editor's note: Gregory Daco is Chief US Economist and Louis Kuijs is Chief Asia Economist at Oxford Economics, the global economic forecasting and consulting firm. The article reflects the author's opinion, and not necessarily the view of China Plus. 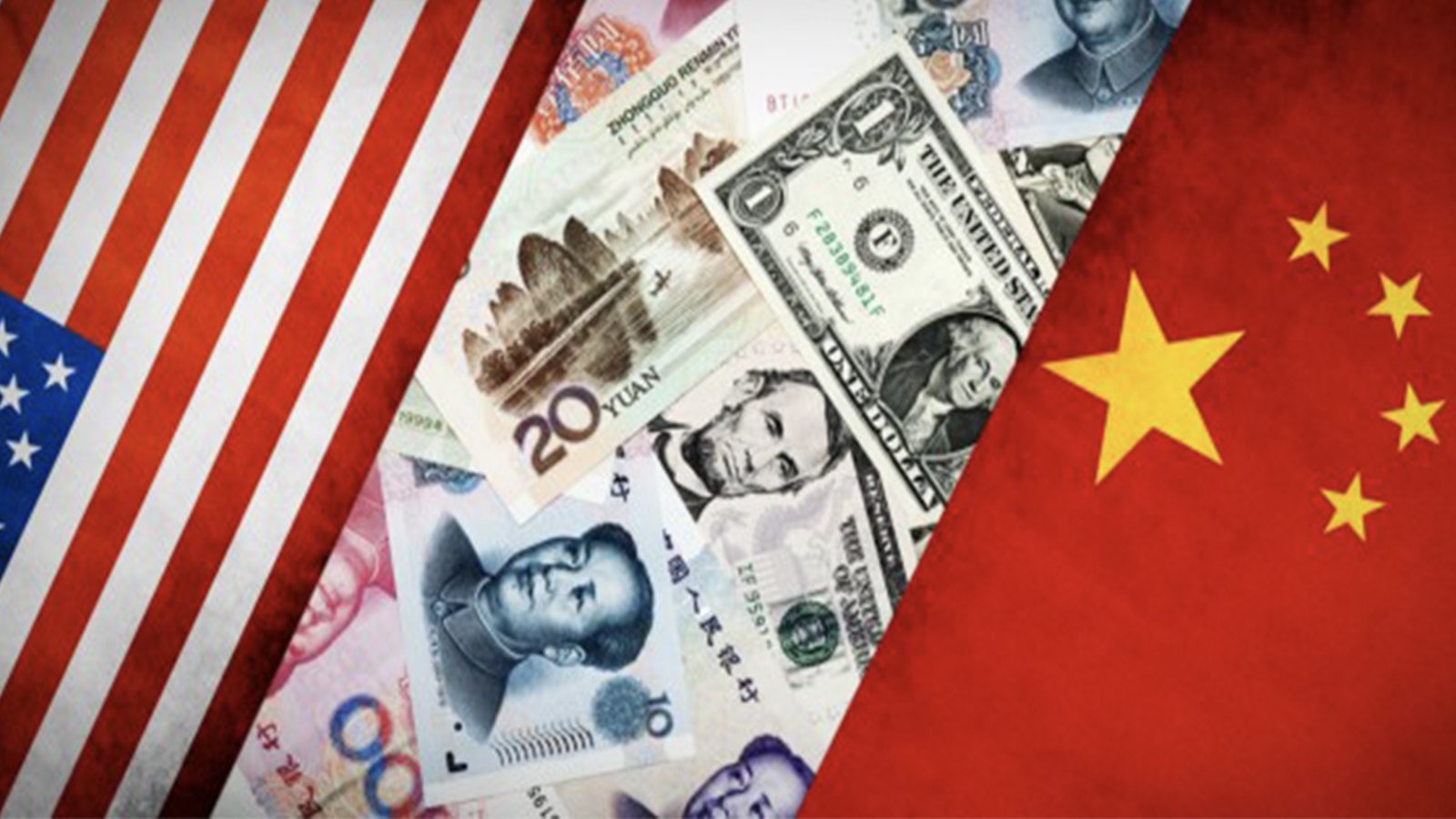 The world’s two biggest economies are squaring up to each other over trade. Lack of communication, strong ideological beliefs, and basically non-negotiable strategic ambitions have brought us to the brink of a trade war that – if it materializes – will significantly exacerbate a global economic slowdown.

The US position is underpinned by President Trump’s broad unilateral powers, the administration’s desire to limit China’s strategic ambitions, and a firm belief that this trade crusade against unfair trade practices can be won.

The Trump administration does not seem to be intimidated by warnings that all sides will lose in a trade war, and instead believes the US can “easily win” a trade conflict. And, while Trump’s unilateralism has drawn some opposition in the US Congress, the public opinion supports a tougher stance vis-à-vis China.

There is also little indication that Congress will manage to claw back the trade powers it has delegated to the President.

Meanwhile, China has a very different perspective on trade. Generally supportive of the existing rules-based multilateral trading system and a beneficiary of globalization, it would like to preserve the current system and status quo as much as possible.

With imports from the US a lot less than its exports to the country, China is also more vulnerable in a trade war. Indeed, China would like to avoid a trade war if possible and remains in principle interested in discussing ways to meet (some of) the US's demands.

However, the country sees its industrial and technology policies as key elements of its development strategy, and considers the “Made in China 2025” plan as basically non-negotiable.

Posturing on both sides of the Pacific, along with a clear lack of communication, risks leading both parties to take actions that would be mutually detrimental while more constructive exchanges could present mutually beneficial trade-offs.

Importantly, the current economic strength in the US could be no more than a mirage, and rising trade tensions could occur precisely at a time when global momentum is slowing, thus exacerbating the growth shock.

While first-order macroeconomic shocks from tariffs may appear small at first glance, the incorporation of effects from policy uncertainty, reduced private sector confidence, and supply chain ramifications (dependent on the compositional nature of tariffs) significantly accentuate the activity losses – showing the true cost of a trade war. 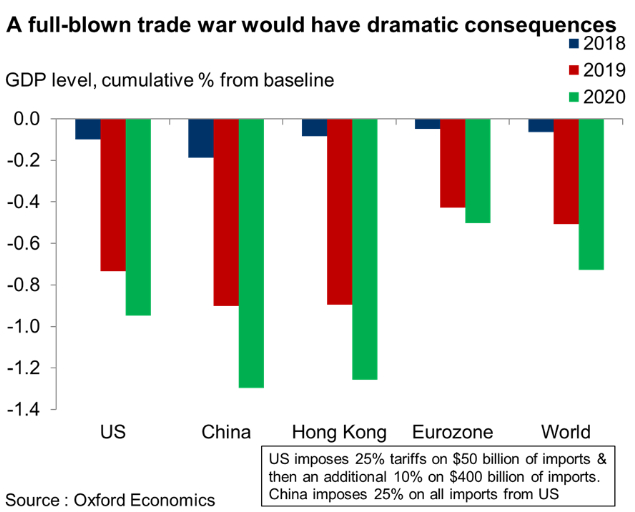 A full-blown trade war between the US and China would not only have dramatic effects on both economies, but it would significantly curb global growth. （Photo: Oxford Economics）