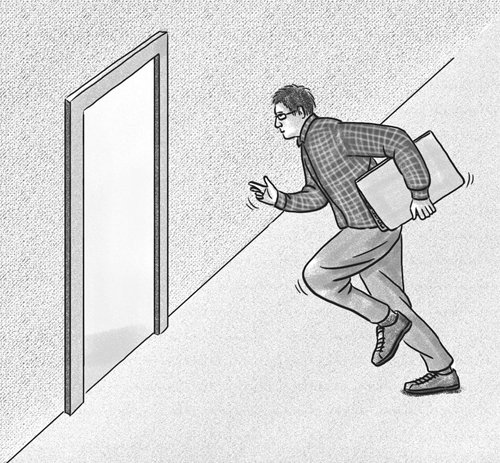 Not long after, there will be cheers again for Tata Consultancy Services (TCS), India's top tech company, to once again outdo IBM in market value. The sad part yet to be realized or acknowledged is that the achievement attests to, at the most, the South Asian nation's strength in the IT services subsector of the wider tech world.

India's domination of Silicon Valley in positions of power is certainly a contributor to its IT sector - the US represents roughly two-thirds of Indian IT services exports - whereas the domination that portrays an exodus of India's brightest tech talents should take the blame for the nation's invisibility in tech leadership at large.

Mumbai-headquartered IT services major TCS is arguably one of the brightest stars in the nation's sizzling stock market. A bull run in the Indian equity market that was not interrupted by a global downturn in 2018 has continued into this year.

The top tech company in India crossed the $100 billion mark in market value in April 2018, making it the first Indian company to break that barrier.

In one step further, TCS beat IBM in market capitalization in June when Indian stocks surged to record highs. A correction since has made a dent in both achievements, which are set to be regained in the near future, however.

The Indian stock market that has rallied since an unexpected corporate rate cut was unveiled last week is on course to scale new highs prior to the bi-monthly monetary policy in October, BloombergQuint reported on Tuesday, citing Andrew Holland, CEO of Avendus Capital Public Markets Alternate Strategies LLP.

Nevertheless, while China's stock market pales in comparison to India's, China's top tech companies are far ahead of their Indian counterparts.

NYSE-listed Alibaba saw its market capitalization near $460 billion after Wednesday's market close, more than four times that of TCS.

In another sign, the US remains stable at 18 of the world's top internet companies by market capitalization, while China is home to seven of them, per Mary Meeker's annual internet trends report released in June. Alibaba, ranked six, led the Chinese companies making the list.

None of the five remaining comes from India.

It is fair to say that India's tech prowess, still largely confined to IT services, is nowhere close to China, one of the twin engines in the tech world that now derives most of its power from internet-driven innovation.The question then arises: How could India, which embarked on IT services development in the 1960s, become invisible in the internet world nowadays? The answer actually lies where the nation's techies are proud of - Indians' superb performance in Silicon Valley.

Among Indians and Indian Americans in the upper echelons of Silicon Valley tech giants are Google CEO Sundar Pichai and Satya Nadella, chief executive of Microsoft. It's almost inevitable that Indians become part of the default settings Silicon Valley companies, both established ones and start-ups, are equipped with.

There are a multitude of businesses in India that act as a go-between to funnel Indian IT talents into the US market. Many training and educational facilities in the nation also help with exports of tech talents.

Behind the Silicon Valley fervor are handsome salaries that dwarf the hefty investment in education. In addition, a job in Silicon Valley could mean much higher dowry payments by Indian women. In the country where boys are seen as an investment and girls deemed a liability, it is not rare that girls' parents have to take loans or sell their assets to afford the dowry payment.

No wonder young people would make every attempt to get a job in the US innovation hub. As a consequence, India fails to translate its early success in IT services into sheen in the internet era.

Also worth pointing out is that kind of prevalence deserves a rethink in that the Indian management style could easily incite complaints and in some cases invoke dismay.

An anonymous post on Zhihu, China's version of Quora, which had been edited on Sunday by a Chinese software engineer now working in Silicon Valley, claims that Indian managers treat their subordinates like minesweepers who clear the frontlines of a battlefield, and later take the credit for their work when in front of senior-ranking executives.

Management stratification that has made it difficult for Chinese talents, and especially those from the mainland, to break the Silicon Valley glass ceiling, nonetheless, adds strength to China's tech sector that is now bracing for the artificial intelligence revolution (AI).

Along with China's rise in AI, both domestic and global talents are seen setting their eyes on innovation hubs in China. In the case of India, a continuation of obsession with Silicon Valley would only distance itself from global tech leadership.