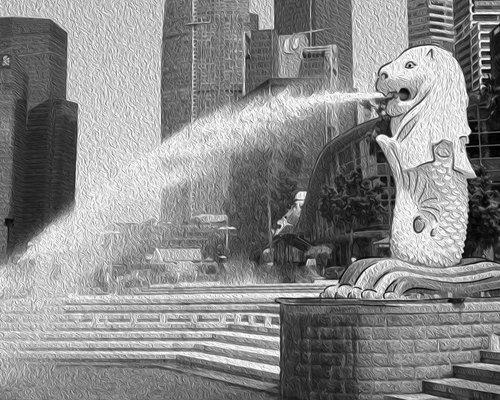 She was 67 years old, still working as a cleaner in a food court. He was 68 years old, still working as a taxi driver. The first time I made a visit to Singapore five years ago, I interviewed these two Singaporean Chinese. Their diligence was deeply touching and reminded me of the hard-working generation in 1980s' China.In the interview, both complained a lot about inflation, expensive healthcare and low income, but they seemed satisfied with housing and public safety. Both of them had a three-bedroom apartment, thanks to Singapore's fair housing plan. Also, Singapore had the lowest crime rate in the world.The housing scheme and public security were among the first things that struck China's former leader Deng Xiaoping when he visited the country 40 years ago, just before the Communist Party of China (CPC) decided to initiate the policy of reform and opening-up in late 1978. This visit steeled Deng's determination for China's development and raised his confidence in leading billions of Chinese to realize their dream in the generations to come.It is easy to find books and written records about that historic visit, and among these the most important book is Deng Xiaoping and the Transformation of China by Harvard Professor Ezra F Vogel. According to the book, Deng was impressed with the order and the high living standard the city-state enjoyed.After Deng's visit, from the articles about Singapore published by China's official newspaper, People's Daily, opening up to the outside world, attracting foreign investment, making the city greener, and providing public housing for every citizen became examples for China to follow.In 2015, President Xi Jinping paid a state visit to Singapore and mentioned Deng's visit in his speech. He said, under the leadership of Lee Kwan Yew, Singapore succeeded in pursuing a development path suitable to its national conditions by combining Eastern values with an international vision. After seeing Singapore's economic achievements, Deng said that China needs to learn from Singapore. The long-term stability, effectiveness and clean governance of the Singaporean government are the keys to the success of this Oriental country.Although Lee Kwan Yew was a member of an ethnic Chinese family who was away from China for five generations, Chinese history left a significant impression on him, which primarily through the traditional imperial examination system influenced the way Singapore selected its officials and later formed Lee's elite governance philosophy. Both Deng and Lee believed a country should be led by competent people and a strong leader with a global view.If one claims Singapore is always an example for China to emulate, it might sound exaggerating. You may list several reasons for which China cannot simply learn from Singapore. The tiny country is just a middle-sized city with only several million inhabitants compared to China's big cities. Its legal system is based on the British model, and most of its civil servants had received traditional British education when Singapore became independent in 1965. However, you might find one of the most important similarities - the majority of people in both countries are Chinese and have same cultural roots.In China's striving for modernization in the past 40 years, finding a way to keep the balance between economic development and social and political stability has always been crucial. The CPC as the ruling party has been looking for a way to achieve the efficient use of capital and at the same time control its negative impact on the Party and the society. The political system must be consistent with the cultural and social environment of the Eastern countries. That's why Chinese leaders always take Singapore's experience very seriously and send many middle-level officials to the country for training. Singapore's Chinese newspaper ZaoBao once reported that Xi had visited Singapore four times when he served in Fujian Province. A detail of Deng's conversation with Lee deserves more attention."You're able to catch up with us, even better than Singapore, and there's no problem at all," Lee said. "We are only the descendants of illiterate, landless farmers in Fujian, Guangdong and other places, but many of you are the descendants of officials and scholars," Lee continued as Deng listened in silence.