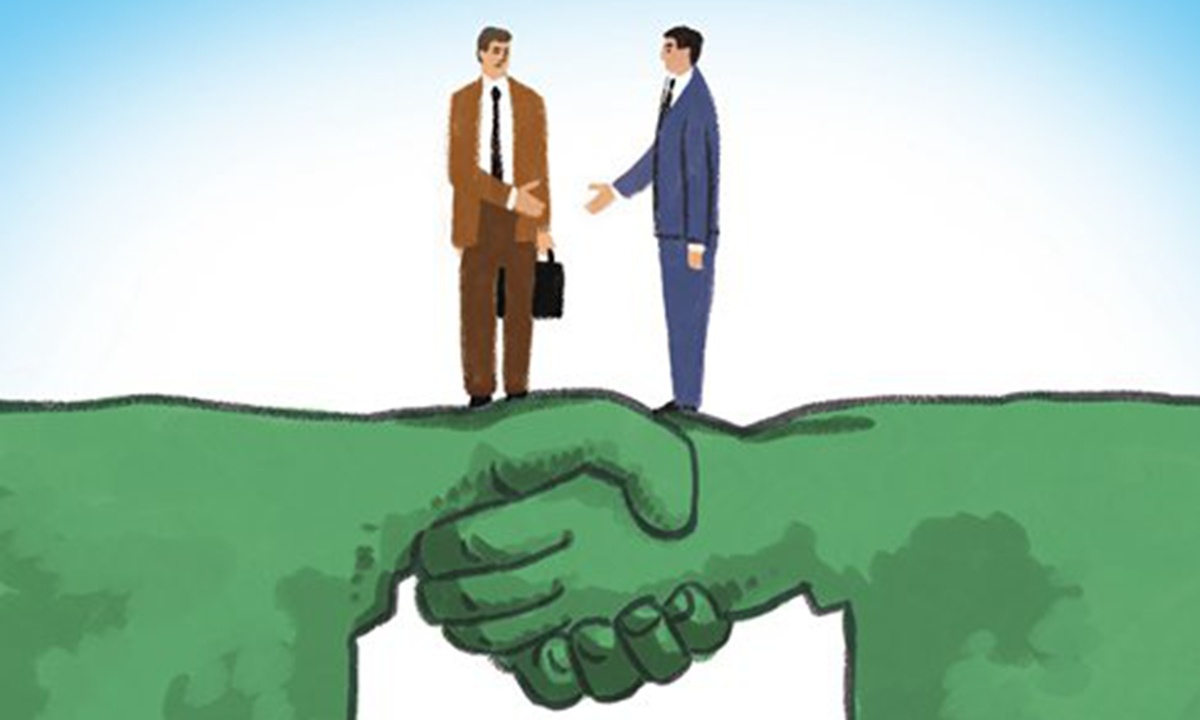 The Ninth Meeting of the China-Africa Think Tanks Forum kicked off in Beijing recently with more than 200 officials and scholars from China and a number of African countries to shed insight on China-Africa relations. The Global Times selected the opinions from several scholars at a sub-forum themed "The five principles of peaceful coexistence and China-Africa relations at new era."

China is not only an initiator of the five principles of peaceful coexistence, but also a firm practitioner of principles. It is under these principles that China wholeheartedly aids African countries and other developing countries. The China International Import Expo recently showed China's reasonability against the backdrop of the global pandemic. China provided free booths to some African countries at the expo and offered opportunities to export their products to the Chinese market. This is exactly the implementation of the five principles.

We should work out plans to achieve win-win and joint development based on the principles of wide consultation, joint contribution and shared benefits. This is the new lifeline of the five principles of peaceful coexistence. Only by doing so can the lives of people be improved and a community with a shared future for mankind be established.

There has been a tremendous growth in China-Africa relations both bilaterally and multilaterally in the last three decades. Currently, China is Africa's largest trading partner and the biggest developing country investing on the continent. It is taking an active and steady role in solving Africa's governance and development issues. China wants to see a prosperous Africa.

Africans must look beyond the existing mercantile relationship based on extraction and export of basic commodities and other traditional benefits from China. They can focus more on learning lessons from the ways in which China has achieved its steady trajectory of growth, especially given the new context of post COVID-19.

Though international support is critical for developing Africa, achieving sustainable development depends largely on the toughness to design and implement sound policies at the national level. Africans need to liberate themselves from the mind-set of aid and dependency. The continent must assume responsibility for the transformation of their economies, find pragmatic solutions to newly evolving problems, and eliminate corruption and poverty through the efficient utilization of the continent's vast resources.

The Belt and Road Initiative (BRI) is not an aid, but a cooperative instrument that promotes investment to construct corridors.

It is discernible that China, Africa and the entire world have one major goal, which is a mutual or collective benefit. Peaceful cooperation binds them together.

The nexus between the Africa Continental Free Trade Area (AFCFTA) agreement and the BRI are found in the priorities of the BRI. This makes the two complimentary. These priorities involve policy coordination, facilities connectivity, unimpeded trade and investment, financial integration, and people-to-people exchanges.

The interlocking aspects of the two is that the free trade area for Africa projects eliminates trade barriers such as tariffs and allows for the freedom of movement. The free trade priority of the BRI is also to remove trade barriers, increase efficiency and promote regional economic integration by working with other countries and regions to open free trade areas and to improve customs clearance processes. This is also another area that the BRI will benefit the AFCFTA in their mutual purposes of regional integration and economic cooperation. It is without a doubt that the BRI and AFCFTA are highly intertwined and juxtaposed to support full African connectivity and integration. It is on these pillars that no force can break China-Africa friendship and brotherhood.

The BRI's innovation has been adopted quickly by the rest of the world due to its importance in supporting economic, diplomatic, cultural and people-to-people cooperation between nations as roads to facilitate movements of goods and people. It also encourages cultural exchanges and therefore contributes to the eradication of barriers between people.

In the past, there have been discussions among scholars about ideas behind the BRI and the future of this important initiative. Recently, the discussion focused on how best Africans and Chinese and the rest of the world could work together and ensure that this golden initiative is economically, diplomatically, socially and culturally transformed to the benefits of humanity and contribute to world peace and multilateral cooperation.

By 2030, it is expected that Asia alone will require infrastructure investments of about $26 trillion. Building infrastructures of this kind has positive impacts in many ways among countries involved. Trade becomes easy in terms of movement of goods and people. It can create more jobs for both local populations and expatriates.

As engagement continues by building more and more infrastructure, additional markets are also being established. Scholars around the globe are in agreement that there is a great need for more infrastructure development, curbing current trade constraints, and improving openness in doing business worldwide.