OPINIONS Solidarity, cooperation are the only right choices

Solidarity, cooperation are the only right choices 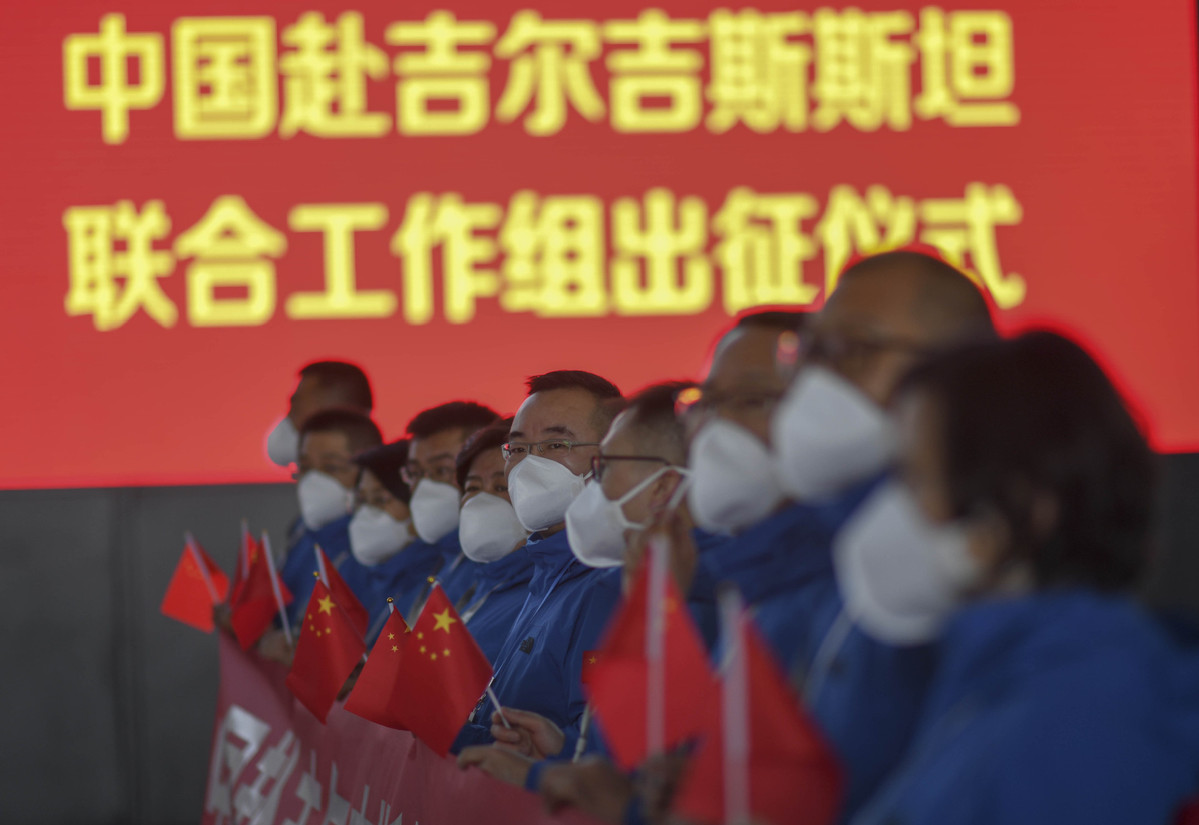 The COVID-19 pandemic has created an unprecedented crisis. It has almost completely changed the way people live and has become a serious challenge for humanity this century.

For the first time in at least 100 years, the world is facing a global crisis that will change economic, political and social realities dramatically.

In this difficult situation, global solidarity and international cooperation are the only right choices to mitigate the impact of these massive challenges.

At the same time, amid the pandemic, the atmosphere of anxiety and the quarantine measures have been used to spread Sinophobia and influence the public and individual psyche by spreading conspiracy theories about the origin of the virus.

We must first refrain from politicizing the topic of the coronavirus pandemic, which is a challenge to the entire international community and requires concerted action by all states. In addition, the efforts of the World Health Organization to fight the virus should be fully supported.

In recent days, the WHO's activities have come under scrutiny from the world community. It is a matter of concern that some countries question the effectiveness of its work.

The joint statement adopted at the extraordinary virtual summit of G20 leaders on March 26 recognizes the central coordinating role of the WHO in countering the spread of COVID-19. It supported the WHO's efforts in coordinating the international response to the pandemic.

The member states of the Shanghai Cooperation Organization, a Eurasian political, economic, and security alliance, appreciate and fully support the WHO's activities.

The SCO intends to establish broad cooperation with the WHO to strengthen public health in the organization's space, which is home to almost half the world's population.

There is also a need to look more closely at the good practices of countries such as China, South Korea, Singapore and others in combating the epidemic.

China has adopted a centralized and scientific approach in fighting the epidemic. It has taken measures that are effective and targeted. Comprehensive and concrete actions have made it possible to establish an effective system of disease control, prevention and treatment.

The Chinese people have shown an exceptionally high degree of responsibility and understanding with regard to the decisions taken and restrictions imposed.

Effective measures to counter the epidemic and provision of reliable and transparent information, as well as recommendations developed by the WHO based on the Chinese experience of fighting the epidemic, gave the world two months of precious time to prepare for the fight against the virus.

China's success has inspired many countries. India, the world's second-most populous country, has been under a lockdown since March 25, and its viral infection and mortality rates are now much lower than in developed countries in the West.

However, the Western public did not respond in a timely manner, and did not take the outbreak seriously. Few in Europe wore masks and few were prepared to follow adequate guidelines for social distancing until they were forced to do so.

From the beginning, the SCO member states realized the seriousness of the situation. They advocated coordinated efforts to combat the pandemic.

Many SCO member states have emergency systems, special government commissions and operational headquarters that are responsible for fighting and containing COVID-19.

The SCO countries maintain close contact with one another at the level of heads of state, as well as heads of ministries and agencies responsible for health and public security. It has implemented measures to provide humanitarian assistance, which was first provided to China.

Now, all the countries are involved in the process, providing one another with financial resources, food, medical equipment and medicine.

The SCO Secretariat, acting as a coordinating body, has put forward a number of proposals and initiatives to jointly combat the virus.

On April 1, a meeting of experts from the ministries of health of SCO member states was held by videoconference, during which participants reviewed the epidemiological situation in the member states and discussed enhancing of cooperation and effective ways of treating patients.

At the same time, the SCO's Regional Anti-Terrorist Structure, in close coordination with member states, has paid close attention to transnational and increasingly interconnected challenges, and threats to security in the region in the context of emergency measures taken to combat the virus.

As the coronavirus spreads, more countries are facing a shortage of surgical masks, medical equipment and basic necessities, with some turning to China for help.

China has provided assistance to more than 127 countries and four international organizations, donated $20 million to the WHO, and sent 14 teams of experts to fight the epidemic in 12 countries.

As a result of its successful fight against the virus, China's economic activity is recovering. The international community expects the world's second-largest economy to become a reliable pillar against the backdrop of severely affected global growth.

China's top leadership has taken a number of important stimulus measures to revitalize the country's economy, and it seeks to contribute to global economic stability.

According to experts, despite a 6.8 percent decline in the first quarter, China's economy will grow again in the second quarter of this year.

Western investment funds are showing a growing interest in the Chinese securities market. Analysts say that with continued instability in other markets, Chinese assets may become one of the few sources of profit for investors.

While maintaining key advantages in the form of strong productive capacity and based on a dynamic domestic market, China has been a driving force in the global effort to contain the virus and revive the world economy.

The author is secretary-general of the Shanghai Cooperation Organization. The views do not necessarily reflect those of China Daily.