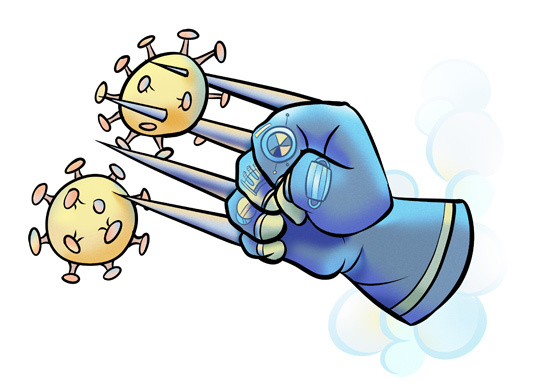 China has taken swift action to contain a new outbreak of the novel coronavirus in Beijing, which is in stark contrast to the slow response of governments in many developed countries. Indeed, before the new outbreak in Beijing, China had largely contained the coronavirus epidemic at home.

That the virus has spared no region shows how intricately connected the world is today.

Asian countries, especially China, the Republic of Korea and Singapore, took prompt action, locking down neighborhoods, cities, even provinces, restricting the movement of people and vehicles, reducing or banning international travel, and increasing tests, tracing and treatment, which helped save many lives and contained the spread of the virus.

China's steps influence those of other countries

China's response to the epidemic, which has influenced the strategies of countries such as South Africa, worked because of strong leadership and effective public policy choices characterized by smart use of law enforcement, a combination of biomedical and social measures to influence behavioral changes, and targeted and affordable measures to flatten the curve. To prevent and control the spread of the virus, China also put all visitors to China under medical observation and quarantine, used smart technology to monitor the movement of people, and mobilized the healthcare sector, including building makeshift hospitals for treatment of COVID-19 patients.

These efforts helped build data that drove a well-coordinated and targeted response.

Epidemiologists, virologists and pharmacologists across the world are working to find a cure for the virus, which has already infected over 8.7 million people and claimed more than 461,000 lives worldwide. The elderly and people with pre-existing medical conditions are especially vulnerable to the virus, which after causing havoc in countries such as Italy, Spain and France, is now raging across the United States, Brazil, the United Kingdom, Russia and India.

In particular, the coronavirus has once again reminded us of the subaltern status of black people globally－for example, the percentage of black people dying of COVID-19 in the US and the UK is much higher than white people.

Bigoted policies or the use of racist terms like "Chinese virus" or "kung flu"－which US politicians did－cannot help contain the pandemic; only global collaboration and solidarity can. We in the Global South suffer racism from the descendants of European settlers and American missionaries, yet we do not call it an American or European disease even though we know Euro-American imperialism is the driving force of white supremacism.

In South Africa, the virus has infected more than 92,000 people and claimed over 1,800 lives. South Africa's experience is similar to that of other countries, as anxieties rise, lockdown bites and the economy dives. Markets are in free fall, unemployment and inequality are rising while confidence levels have hit rock bottom.

But despite the economic chaos and demands of various sectarian stakeholders to immediately lift the lockdown and fully resume economic activities, the South African government continues to prioritize the right to life. And the government has the overwhelming support of most sections of society that gradually easing the lockdown imposed from March 26 to April 16 is the most responsible policy response to minimize the loss of life.

Social and economic relief measures introduced by South African President Cyril Ramaphosa have provided relief to millions of workers across different sectors, extended credit to companies and provided livelihoods for thousands of households. More importantly, during the lockdown, most essential government services continued－from issuing of business permits and social grants, and providing municipal amenities to citizens to offering help to small businesses.

As in China, health workers and scientists in South Africa are the heroes of the country's fight against the pandemic. Scientists are building models and using technology to help coordinate responses to the outbreak. Institutions such as the Centre for Scientific and Industrial Research are helping build geo-spatial mapping capabilities that provide street-level disaggregated data of community infections and possible contacts.

South Africa has also mobilized public and private healthcare resources to ramp up screening and testing. Community health workers and the health brigade from Cuba have bolstered the numbers of those on the front line of medical care.

Cooperation sure way of defeating virus

Besides, local and international solidarity has played a key role in the fight against the pandemic. Local businesspeople, international agencies and governments have donated medical supplies including personal protective equipment. In keeping with the spirit of solidarity, South Africa has benefited from the medical supplies from China as well as the Global North, and sent supplies to Cuba.

Which is a testament to what President Xi Jinping said in his address to the annual session of the World Health Assembly, the World Health Organization's decision-making body: "Mankind is a community with a shared future. Solidarity and cooperation is our most powerful weapon for defeating the virus. This is the key lesson the world has learned from fighting HIV/AIDS, Ebola, avian influenza, influenza A(H1N1) and other major epidemics. And solidarity and cooperation is a sure way through which we, the people of the world, can defeat this novel coronavirus."

Ramaphosa has consistently given the same message when addressing domestic and international audiences. For example, addressing the African Union on Africa Day (May 25) he said: "To address the escalating humanitarian crisis we need to deepen our solidarity… If we draw from the deepest depths of African unity and solidarity we shall prevail."

The social, technological and biomedical interventions needed to fight COVID-19 require the joint efforts of the international community. But we need to strengthen North-South and South-South relations to not only contain the pandemic but also revive the global economy. We have to expand trade, better educate our people and strengthen healthcare systems. The wheels of human progress should keep moving forward, leaving behind racism, underdevelopment and inequality. We must learn from our past, and forge a better future.

Like poliovirus and many other epidemics, working together, we can defeat COVID-19 too.

Wandile Ngcaweni is a researcher at the Mapungubwe Institute, Busani Ngcaweni is principal of the National School of Government, and Nondumiso Khumalo is a health economist with the Policy Unit of the Presidency in South Africa.