OPINIONS Someone, please do the math for Washington

Someone, please do the math for Washington 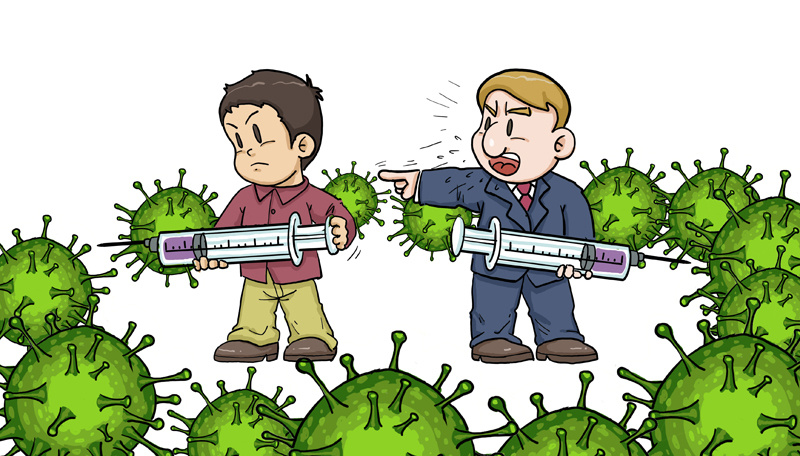 United States President Donald Trump had another outburst of suspicion on Sunday.

It was the old "China-bias" at work in the White House. Every time China achieves something, the White House has to doubt it. In their minds, China should fall behind Western countries in every aspect.

The whole idea of comparing different countries' death rates is absurd. This is not a death competition. China has the lowest novel coronavirus death rate among major economies of the world, and yet it has never boasted about it; instead, on April 4, China held a national mourning for every life lost in the fight against the novel coronavirus.

Besides, China has invested in saving every life. It spent 150,000 yuan ($21,177), or five times the average annual income per person, to save whoever's condition was serious. And the cost is being borne by the State; the patient pays nothing.

For China, every life the virus claimed is a tragedy; for the US leader, the tens of thousands of deaths are just statistics for use in an election.

China has a 1.4 billion population, of which Wuhan－where more than 11 million residents stayed indoors during the epidemic－accounts for less than 1 percent. In the early stages of the epidemic, China took firm steps to lock down Wuhan, effectively preventing the epidemic from spreading to other parts of the nation. Also, China mobilized huge quantities of medical resources for Wuhan, ensuring that most patients got the best treatment.

This is the reason for the low death rate in China. Maybe the US leader needs on his team advisers who are good in math and natural science for understanding the death rates, instead of doubting them just because they are from China.