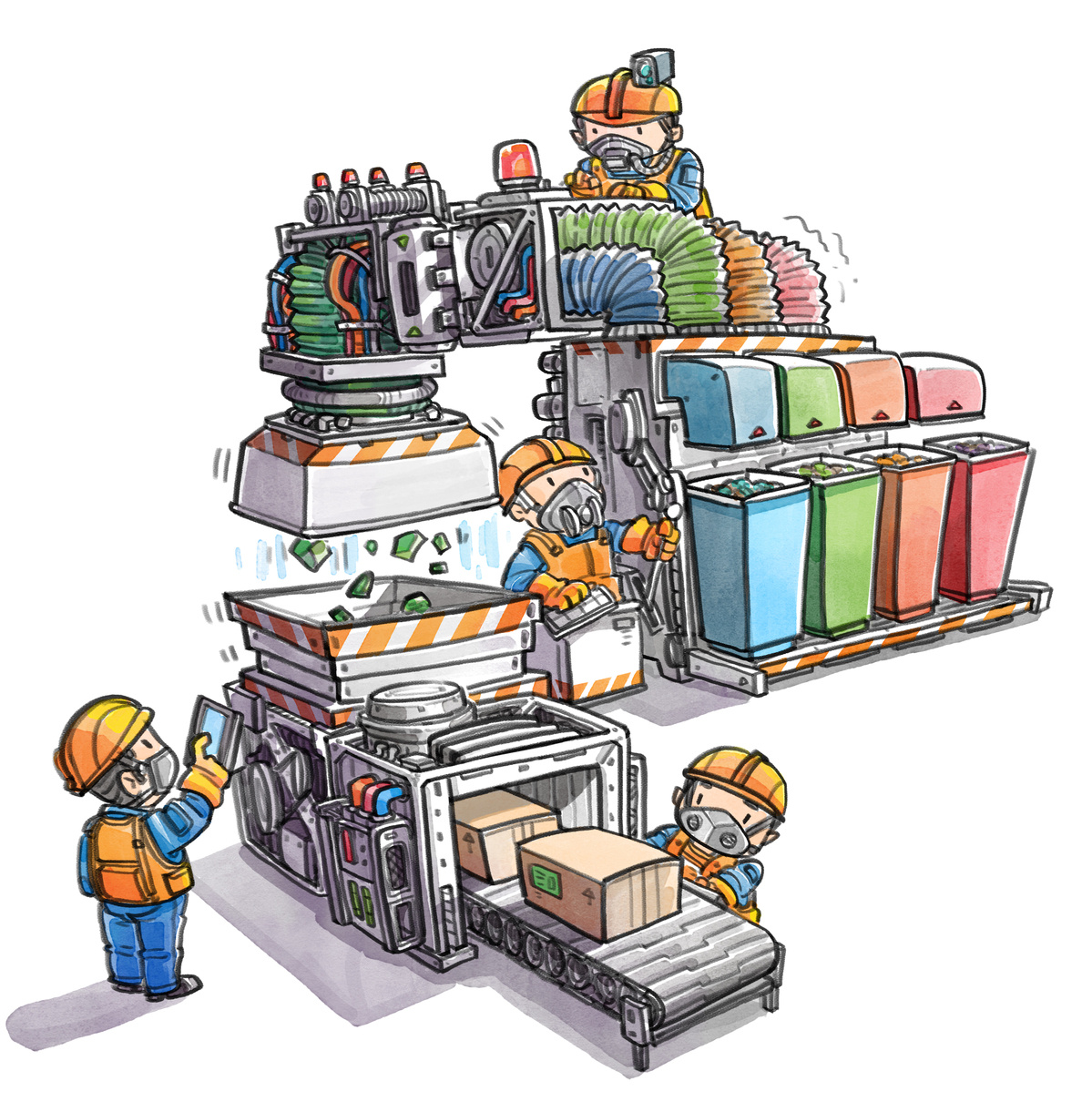 Garbage classification refers to a series of activities including sorting and discarding waste at home and workplaces to transporting and disposing of it in landfills or incinerators, or redirecting it to recycling plants. President Xi Jinping regards waste sorting as a "new trend" which is closely related to both people's desire for a better life and socio-economic development.

China is stepping up efforts to reduce the effects of environmental pollution caused by rapid economic development and urbanization, for which garbage classification at home and workplaces is necessary. Reducing and recycling or harmlessly disposing of refuse is the overall goal of garbage classification.

But to reduce waste, we have to first reduce consumption, as well as minimize waste generation throughout the entire process of production, transportation and distribution of goods. For instance, contrary to traditional consumerism practice, green consumption and minimalist lifestyle should be advocated. It is also important to change the accepted norms of consumption and strike a balance between economic activities and nature. Actually, by investing more time and energy in spiritual activities rather than in pursuit of material possession, people can seek real happiness.

Reclamation is all about transforming waste into resources, and garbage recycling has many benefits. To begin with, it can significantly improve resource efficiency. Yet statistics show that in Guangzhou, capital of Guangdong province, for instance, 80 percent of recyclable waste is not sorted in the initial stage and therefore cannot be recycled.

By salvaging waste, we can also reduce pollution. Due to delayed disposal of waste in landfills and incinerators in the past, piles of accumulated garbage lay decaying, severely contaminating soil and groundwater. It is also important to realize that dumping of trash into seas, rivers and lakes harms not only marine ecology but also fishermen's livelihoods.

Reutilization of resources, including reclamation of waste, can also alleviate social conflicts. For example, there have been media reports of people opposing the construction of incinerators in their neighborhood. By recycling waste, we will not only reduce the amount of disposable trash but also reduce the chances of similar clashes.

Eco-friendly waste disposal refers to minimizing, even avoiding, the adverse effects of trash on the environment and human health. History tells us that pollution and other forms of environmental damage have exacted a heavy price on human health and lives and caused immense economic losses. The Great Smog of London in 1952, which claimed 12,000 lives, and the Minamata disease (mercury poisoning) in Japan that has killed thousands of people since 1956 are just two examples.

Human beings have had to pay a huge price to restore ecosystems destroyed by toxic waste and pollution. That's why it is necessary to treat all chemical and toxic wastes before disposing of them, say, by using pollution treatment plants, which are designed to reduce secondary pollution to a minimum. For that, of course, we need advanced production technology, as well as a change in established social values and lifestyles.

But despite sorting being important, it will take smooth coordination among the government, social groups and citizens, and a long time to make the waste sorting campaign a success.

First, the government should aggressively promote garbage classification. As the main initiators and decisionmakers, officials at all levels have to spread awareness about eco-civilization, improve their governance capability, especially on refuse disposal and environmental protection.

Second, the authorities should establish a system of rewards and punishments to reduce waste generation and increase waste recycling. For example, people and enterprises generating less garbage than the standard limit or properly sorting waste or recycling huge amounts of waste should be rewarded with credit points or subsidies, and those violating the set standards should be duly penalized. Similar policies should be set for enterprises to reduce emissions－the higher the levels of emission the heavier should be the fine and vice versa.

Third, social organizations should be mobilized to take part in the reduce-garbage-and-pollution campaign. Using Shanghai, which imposed strict waste sorting measures last year, as an example, social organizations can play a big role in promoting garbage classification. In fact, governments can seek the services of professional social organizations to publicize garbage-sorting norms and standards and promote eco-friendly programs.

And fourth, since citizens' participation is critical to the success of the garbage classification campaign, there is an urgent need to raise people's awareness about the importance of environmental protection. As the Fourth Plenary Session of the 19th Communist Party of China Central Committee said, it is important to build an overall eco-governance system with the collective efforts of the government, enterprises, environmental groups and the general public. And since human survival depends on the health of the environment, everyone should take part in the trash classification campaign.