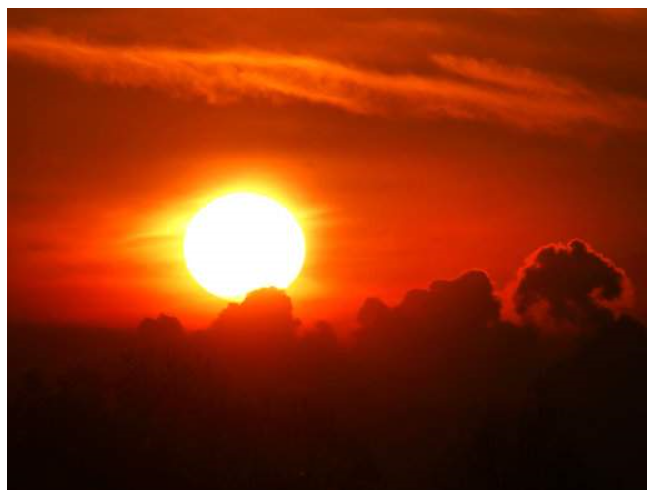 Climate change is a critical and pressing challenge humanity faces. Since industrialization, atmospheric carbon dioxide has dramatically increased because of fossil fuel burning, industrial development, agriculture methods, land usages, and deforestation, to name a few. Today, global carbon dioxide concentration sits at the highest point it has ever been, 403.3 ppm, a 45% increase from the pre-industrial level, while the global average temperature has climbed to 1.2 degrees Celsius. The window for safeguarding against global temperatures of 1.5 degrees Celsius or even 2 degrees below Celsius is closing. It is likely climate change will loom over humanity and have severe economic and ecological consequences.

Climate catastrophes cause lingering pain, beyond the warnings of scientists and Hollywood imagination. We should not to link any single weather event with climate change. But scientists are clear that extreme weather is what their models predict, and they expect it will be the new normal for a warming world. Just this year, hurricanes Harvey, Irma and Maria led to the loss of human lives and security in Latin America and the Caribbean region. In developed countries such as the United States, thousands were displaced from their homes or livelihood. In Bangladesh, India and Nepal, over 1,200 people died while 40 million people lost their homes from record-breaking floods. Meanwhile, during the past 18 months, 20 countries in Africa announced emergency situations due to drought and lack of potable water.

The entire human race shares the planet. Climate change binds us all together, beyond borders, generations, ethnic groups, gender, and economic situation. To address this global challenge and historic dilemma, the just concluding 19thCommunist Party of China’s National Congress presented a timely solution of oriental philosophy and wisdom. China proposed and called for people of all countries to work together to build a community with a shared future for mankind, namely to build an open, inclusive, clean, and beautiful world that enjoys lasting peace, universal security, and common prosperity. This is significant for advancing the global governance system both in theory and in practice. At the same time, China’s actions on climate change contributed to building a community with a shared future for mankind.

Within five years, China has initiated measures resulting in energy conservation and efficiency. China’s industrial and energy infrastructures continue to improve. Carbon emission control and carbon sinks are advanced, and cover all major greenhouse gases. Measures designed to improve climate change adaptability and resilience have increased. At the same time, institutional reform and regulatory support has deepened, and scientific research and technology development have strengthened. All of this combined has enabled China to deliver against relevant targets for climate change for its 12th five-year plan, and has paved a solid foundation for the timely delivery of China’s Cancun pledge by 2020. China has made contributions to global efforts on mitigation and adaptation, boosting global confidence.

China actively took the driver’s seat in international cooperation with climate change. In doing so, it has safeguarded the development interests of the global South, strengthened the global consensus on climate change, and maintained momentum on global climate governance. Former Secretary-General Ban Ki-Moon commended China’s efforts, saying that China has made historical, fundamental, significant and outstanding contributions for adopting the Paris Agreement and for advancing its rapid entry-into-force.

There is an irreversible trend, marked by the emergence of a group of new market economies, highlighting the crucial opportunity for escalated cooperation among developing countries in global governance. China, among others, has increased its role in global politics, diplomacy, economic development, and within social and cultural sectors. China promotes harmonious country relations filled with amity, sincerity, mutual benefit, and inclusiveness, and adheres to the principles of achieving shared growth and win-win benefits through discussion and collaboration. This has been stressed, through collaborative partnerships with shared aspirations in advancing the “Belt & Road Initiative,” a highlight of international cooperation. And true to that initiative, there are emerging development cooperative efforts among Southern nations that have opened new opportunities for win-win benefits, created new platforms for implementing the 2030 Agenda for Sustainable Development, and generated new opportunities for pragmatic South-South Climate Cooperation. Within in this framework, the capacity of the global South, as well as their willingness and potential to cooperate, has increased.

The growing capacities of climate action and cooperation can also be seen in China’s wider stakeholder groups. We have witnessed a greater strategic awareness and global perspective in climate cooperation among local governments, businesses and civil society groups, while their resources and capacities for cooperation have largely improved. Addressing global climate change requires an all-hands-on-deck attitude, while the participation of multiple stakeholders in China are indispensable for global climate action. In China, there are increased number of corporations that have responded to relevant research and policy guidance, and have adopted science-based targets for emission reduction. Many Chinese non-governmental organizations are making contributions to China’s green and low carbon transition and climate resilient construction, through conducting targeted research, advising on policy recommendations, raising public awareness, exploring and demonstrating solutions, etc. During the 22nd Conference of Parties to the UNFCCC in Marrakech, Beijing Qiaonyu Foundation announced the establishment of a Climate Cooperation Fund valued at 100 million RMB, which is the first from the global South after its forceful entry into the Paris Agreement. This exemplifies and encourages other stakeholders in China. I have the strong belief that Chinese non-State actors will play an increasing role as important participants, contributors, and torchbearers in global climate actions and cooperation.

China has sent a determined and clear message to the world. It aims to promote a sound economic structure that facilitates green, low-carbon, and circular development, to establish a clean and low carbon energy system, to encourage sustainable production and a way of life, to fulfill its commitments on emissions reduction and to engage collaboratively with others on climate change.

China will endeavor to protect the planet, the basic requirement of any nation that sincerely wants to safeguard human survival. This is China’s solemn commitment, and its response to the shared vision of the global community for a living planet. I believe that China’s continued efforts on South-South Climate Cooperation will be the key component of the country’s efforts to build a community with a shared future for mankind. This will lead to positive contributions when building a green, low carbon, clean and beautiful world. China will be the modern example of the global community, working toward a future filled with prosperity, resilience and sustainability.