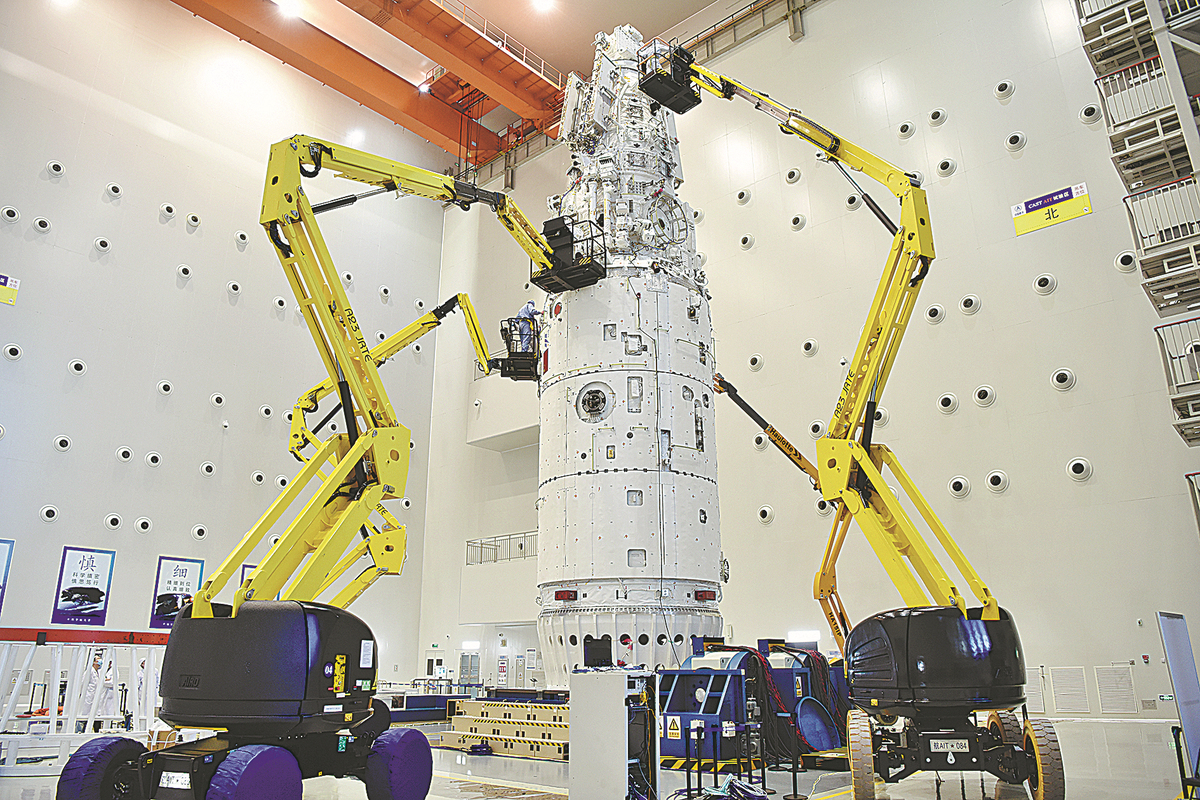 The Wentian space lab, shown as it was being assembled, is expected to advance space science, technology and research applications. THE CHINA ACADEMY OF SPACE TECHNOLOGY

Wentian will serve as a space life science research lab, making use of the micro-gravity in space, to do many experiments that would be impossible on the ground.

It will also be used for some basic research on humankind's journey from Earth into the space.

The world's first space station, the Soviet Union's Salyut, was launched in 1971 and the International Space Station, headed by the United States, Russia and other countries, was launched in 1998, providing a good platform for the participants to do experiments there.

In 2020, the National Aeronautics and Space Administration released 20 major scientific breakthroughs for the past 20 years of the ISS' history, of which six are related to life science research in space, including research on drugs and treatment for Alzheimer's disease, Parkinson's disease, cancer, as well as the effects on the human body of living in space.

There was a time when China had little chance to do such research. Now China can.

With a weight of 20 tons and a length of 17.9 meters, Wentian is the world's longest single-body manned spacecraft, setting a new world record for China's astronautics industry.

For the Tianhe core module, as well as being a research laboratory, Wentian also has crucial backup systems for the station's normal operations.

Besides, Wentian provides one more exit, one more kitchen, as well as three sleeping zones for the astronauts, thus greatly extending the living and working space for them.

A browse at the past 10 years will find a clear path for China's space industry. The Shenzhou series of spaceships has progressed from IX to XIV, while the space station is finally coming into service. Besides, there is also the Zhurong martian probe, Xihe solar exploration satellite, as well as the Chang'e lunar probe. The Chinese are adding more footprints in space, for the common good.

On Monday, the Shenzhou XIV crew had reportedly already entered the Wentian module, which heralds the start of a series of experiments that they are to carry out during their mission.

The astronauts will also talk with schoolchildren by live video link, and it is hoped that they will spark the fires of enthusiasm in the hearts to carry forward China's space endeavors in the future.