Speedy and professional response key to contain any new infections 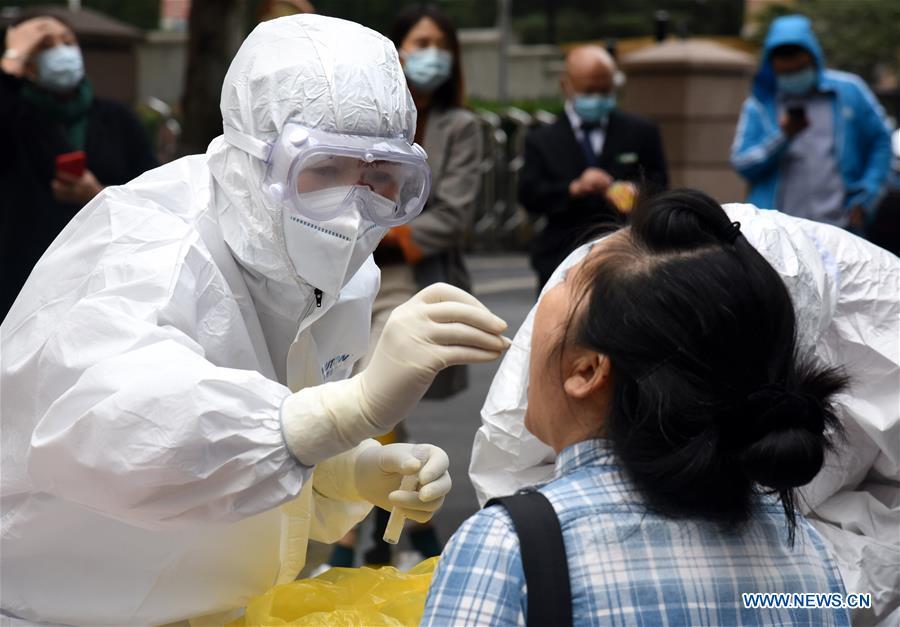 The National Health Commission on Monday sent a work team to Qingdao, Shandong province, to coordinate the city's anti-epidemic efforts.

Three people who were not displaying any symptoms were found to be infected with the novel coronavirus in the city on Sunday — two of them after receiving a nucleic acid test in a hospital specializing in treating pulmonary diseases, the other through the tracing of their close contacts — which has left many wondering how many carriers of the virus remain in the dark about their condition in the city and beyond.

The question can only be answered with a prompt and comprehensive response. And that is exactly what the country is doing.

As of 2:00 pm on Monday, all close contacts of the first three people found to be infected have been promptly traced, tested and put under medical observations, and nearly 280,000 people in the city have been tested for the virus, among whom another six were found positive. It is to be hoped that this comeback of the virus has been spotted early and these efforts will cut the transmission chain.

Although the concern remains justified that the virus might make a comeback whenever people let their guard down, the cluster of infections is no cause for unnecessary alarm, particularly after several cities, including Beijing and Dalian, Liaoning province, succeeded in stamping out reappearances of the virus after it was largely tamed nationwide.

The country has explored an increasingly mature and fixed way of responding to any domestic infections: early detection, early tracing, full-scale screening and early quarantining. More importantly, it is already ingrained in the awareness of the country that it is a one-for-all and an all-for-one fight, and everyone has his or her part to play.

What Qingdao has done shows what this means — with residents taking the initiative to put the city into a quasi-lockdown on Sunday and the authorities vowing to test its 6 million residents in five days.

However, the Qingdao campaign entails coordination with the rest of the country as millions of travelers visited the popular coastal city during the Oct 1-8 National Day holiday. So it is good that those who visited Qingdao since Sept 23 are being required to take tests for the virus and home quarantine.

Although all of the nine cases detected in Qingdao so far — four of which are confirmed cases and five symptomless — are inpatients at the chest hospital, their caregivers or family members, with testing underway citywide, it will be no surprise if more cases are reported.

As these efforts follow the transmission chain of these infections, it is to be hoped that the source of the outbreak in the city can be identified, which will not only aid the country's countermeasures against the virus, but also deepen understanding of the virus.

Notably, two cold store porters in the Qingdao harbor were confirmed to be asymptomatic carriers of the virus on Sept 24. Although more than 20,000 employees of the Qingdao Port Group were tested over the next two days and all the results were negative, it is natural to ask whether these two cases and the most recent ones are related, and whether there are any loopholes that can be closed in the current anti-virus system.