OPINIONS Sport and politics: my experiences as an athlete

Sport and politics: my experiences as an athlete 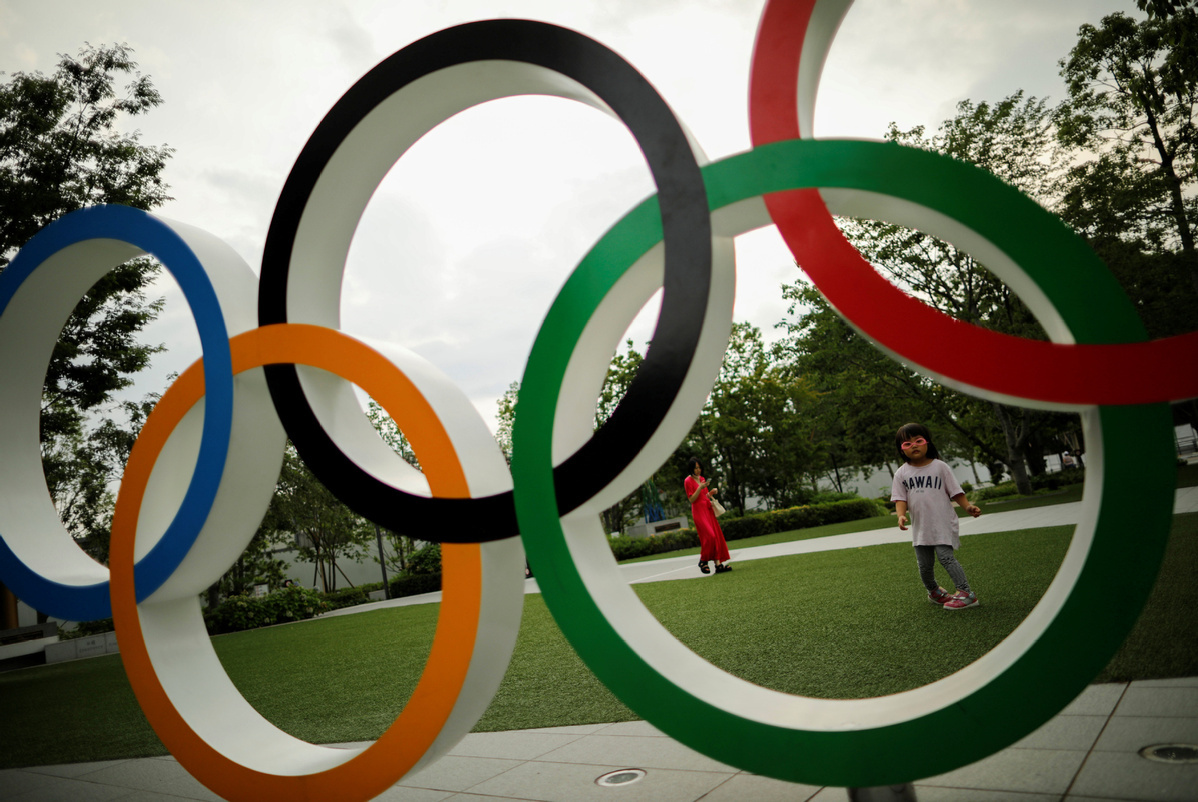 Visitors are seen through the Olympic rings in front of Japan Olympics Museum, a day before the start of the one-year countdown to the Tokyo Olympics that have been postponed to 2021 due to the coronavirus disease (COVID-19) outbreak, in Tokyo, Japan July 22, 2020. [Photo/Agencies]

Participating in the Olympic Games is an incredible experience for every athlete. But it is also humbling when you realize that you are part of something bigger. You are part of an event that unites the world. In the Olympic Games, we are all equal. Everyone respects the same rules, irrespective of social background, gender, race, sexual orientation, or political belief.

The first time I experienced this magic was at the Olympic Games Montreal 1976. From the moment I moved into the Olympic Village, I could feel the Olympic spirit come alive. Living together with my fellow athletes from all over the world opened my eyes to the unifying power of sports. As athletes, we are competitors in sports, but in the Olympic Village, we all live peacefully together under one roof. Whenever Olympians meet, no matter where we are from or when we competed in the Games, this shared experience immediately becomes the topic of our conversations.

One incident clouded my first Olympic experience, however. Shortly before the opening ceremony, I looked outside the window of our room in the Olympic Village to see a large group of African athletes with packed bags. Many of them were in tears, others hung their heads in despair. After asking what was happening, I learned they had to leave because of a last-minute decision by their governments to boycott the Games. Their devastation of having their Olympic dream shattered at the last possible moment after so many years of hard work and anticipation still haunts me today.

This foreshadowed another defining moment four years later, when I experienced the political impotence of sports at the time of the boycott of the Olympic Games Moscow 1980. As the chair of the West German athletes' commission, I strongly opposed this boycott because it punished us athletes for something that we had nothing to do with-the invasion of Afghanistan by the Soviet army. I realized that the sports organizations had very little political influence, if any, while on the athletes' side, we had very little say. Our voices were not heard, neither by the politicians nor by our sports leaders. This was a very humiliating experience.

In the end, the National Olympic Committee of West Germany was one of many to boycott the Games. It is no consolation that we were ultimately proven right that this boycott not only punished the wrong ones, but that it also had no political effect whatsoever: the Soviet army stayed nine more years in Afghanistan. In fact, the 1980 boycott only triggered the revenge boycott of the following Olympic Games Los Angeles 1984.

These two experiences still shape my thinking today. They made it clear to me that the central mission of the Olympic Games is to bring together the world's best athletes from 206 National Olympic Committees in a peaceful sporting competition.

The Olympic Games are not about politics. The IOC, as a civil nongovernmental organization, is strictly politically neutral at all times. Neither awarding the Games, nor participating in them, is a political judgment regarding the host country. The Olympic Games are governed by the International Olympic Committee, not by governments. The IOC issues the invitations to the NOCs to participate; the invitations do not come from the government of the host country. It is the NOC which then invites their political authorities to accompany their athletes to the Games. The host country's head of state is only allowed to say one sentence, scripted by the IOC, to officially open the Games. No other politician is allowed to play any role whatsoever, not even during medal ceremonies.

The Olympic Games are not about making a profit. The IOC reinvests 90 percent of all its revenues in the athletes around the world, particularly in developing countries. The money goes to the organizers of Olympic Games who give the athletes the stage to shine. The Olympic Games can only unite the entire world through sports if everyone can participate. This is why solidarity benefits all athletes in the world. Not just a few countries, or a few sports. Our money benefits all the athletes from all 206 NOCs, from the IOC Refugee Olympic Team and from all Olympic sports, thereby ensuring true universality and diversity.

The Olympic Games are firstly about sports. The athletes personify the values of excellence, solidarity and peace. They express this inclusiveness and mutual respect also by being politically neutral on the field of play and during the ceremonies.

At times, this focus on sports needs to be reconciled with the freedom of speech which all athletes enjoy also at the Olympic Games. This is the reason why there are rules for the field of play and the ceremonies protecting this spirit of sports. The unifying power of the Games can only unfold if everyone shows respect and solidarity for one another. Otherwise, the Games will descend into a marketplace of demonstrations of all kinds, dividing and not uniting the world.

The Olympic Games cannot prevent wars and conflicts. Nor can they address all the political and social challenges in our world. But they can set an example for a world where everyone respects the same rules and one another. They can inspire us to solve problems in friendship and solidarity. They can build bridges leading to better understanding among people. In this way, they can open the door to peace.

The Olympic Games are a reaffirmation of our shared humanity and contribute to unity in all our diversity. As I learned through personal experience, ensuring that the Olympic Games can unfold this magic and unite the entire world in peace is something worth fighting for every day.

The author is Olympic champion in fencing, Montreal 1976, and the president of the International Olympic Committee. The views don't necessarily represent those of China Daily.