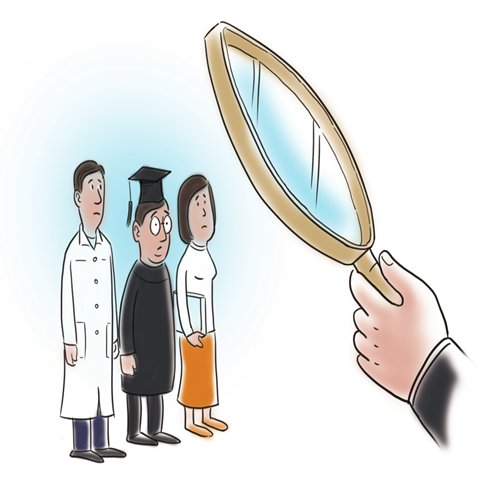 Chinese living in the US celebrated the Lunar New Year with traditional lion and dragon dance and family gatherings like they always do. But this year the holiday atmosphere was somewhat uneasy. Three days before the Lunar New Year, Chris Wray, the director of the Federal Bureau of Investigation, told a Senate Intelligence Committee hearing that China was using Chinese academics and students in the US to collect intelligence for their home country. The way the comment was worded left many Chinese living in the US very upset.When answering a question from Florida Republican Senator Marco Rubio about the "counterintelligence risk posed to US national security by Chinese students," Wray said that China's use of non-traditional collectors like professors, scientists and students is proliferating so much that "one of the things we are trying to do is view the China threat as not just a whole-of-government threat but a whole-of-society threat on their end and I think it's going to take a whole-of-society response by us."He also disclosed that the Bureau has been monitoring the activities of Confucius Institutes, a China initiative to offer Chinese language and cultural education in American colleges, and sounded the alarm on espionage via Chinese high-tech companies' investment in the US. "I think the private sector is not used to spotting (this). And so a lot of it is trying to educate them about what to be on the lookout for," Wray said. Several Asian Congressmen and women, and major organizations such as the Committee of 100 and OCA-Asian Pacific American Advocates issued statements one after another to condemn Wray's remarks. On WeChat, the social media platform popular among the Chinese, several petitions have been circulating to collect signatures to demand Wray's apology and even resignation.This may look like just a twisted episode triggered by the now cutthroat competition between the US, an existing power in the world, and China, the rising one. But to Chinese Americans, the plot is all too familiar.In 1994, CBS Evening News aired a segment examining purported espionage operations of China in the US, in which the co-anchor, Connie Chung, said: "Every day, planeloads of Chinese citizens arrive legally in the United States. They are ordinary people. But to the Chinese government, some of them may be future spies, who a few years down the road will be activated to steal America's military and technological secrets, whether they want to or not."In 2014, Bob Beckel of Fox News said in his program that "Chinese are the single biggest threat to the national security of the US. Do you know what we just did? As usual, we bring them over here and teach a bunch of Chinamen, uh, Chinese people, how to do computer, and then they go back to China and hack us."These programs triggered a huge outcry in the Chinese-American community. Rallies were held. Major rights organizations joined the fight. The hosts eventually apologized one way or another. But these are only two examples of the distrust of Chinese living in the US that has always existed and is always trundled out whenever the relationship between China and the US is cooling down.And the fear of espionage has never failed to claim innocent casualties. Wen Ho Lee, Xi Xiaoxing, Chen Xiafen, these names of Chinese American scientists made bold headlines not because of their professional achievements but because of the espionage-related charges that US law enforcement slapped on them. Although they were eventually cleared, the emotional turmoil they suffered because of the unfounded suspicions meant their lives were never quite the same again.Wray's remarks may bring even more serious consequences than the media frenzy. His words could be easily misinterpreted by the public. A top-ranking law enforcement official calling for a "people's war" against Chinese spies who are believed to be everywhere in colleges and the technology field in the US, and it is all but certain that it will lead to a new round of racial profiling against anyone with a Chinese face in those fields.China and the US have never had complete mutual trust. Counterintelligence operations have continued on both sides. And most Chinese Americans understand the American operations are necessary for US national security. But there are 350,000 Chinese students studying in the US who contribute $12 billion a year to the US economy. Eight Chinese-American scientists have won Nobel Prizes. And Chinese companies have created more than 140,000 jobs in the US.This community as a whole doesn't deserve to be alienated all the time by stereotypes reinforced by the Cold-War mind-set.